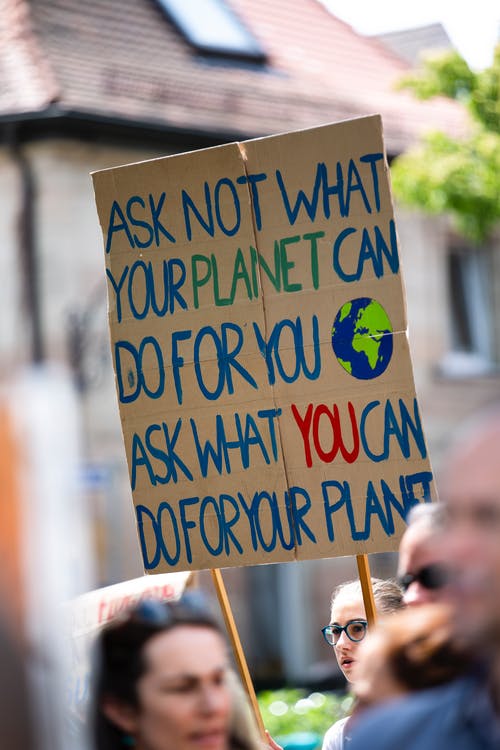 In this blog I usually answer about three or four questions. However, this time I will change my approach, since I will be touching on a sensitive issue which deserves great attention.

The high temperatures we have experienced in recent days have caused us all to consider again the consequences of climate change and, especially, global warming. The images from Priorat have been painful to see. Leaves and grapes are completely dried out and burned. Sadly production has been reduced by 30 to 50%. The vines have collapsed.

Let's review this matter in parts. To define what climate change is, I will use the explanation of the UN and its Undersecretariat of Climate Change. It is defined as a modification of the climate system that impacts the environment, at a social and economic level, as well as the world's ecosystem. This phenomenon is due to intense human activity,  the generation of waste, the combustion of oil, deforestation and the generation of greenhouse gases such as CO2. These gases do not allow the radiation absorbed by the earth to dissipate.

Global warming and the ecological collapse are an integral problem that require the attention of all the inhabitants of the earth. Today we total 7.53 billion, in the sixties the land was inhabited by half as many people. Population is the critical part of our climate reality.

I borrow the words of Yuval Noah Harari, the famous author of the best seller Sapiens, who comments: “For thousands of years Homo sapiens have behaved like an ecological serial killer; Now is man becoming an ecological mass murderer. I would rather not seem alarmist, but we are close to the point of no return and there is no way to reach global political agreements; CO2 emissions have not stopped increasing.

Climate change does not recognize flags, economic wealth, or social classes. The planet is a common good we all share. If your neighbor insists on denying the issue and following the line of behavior that has taken us to the limit, we will all suffer the consequences.

Returning to the question of this article, and lucky for our office, in Spain we have one of the great experts in climate change and wine: Pancho Campo. This former elite athlete has overwhelming creativity and energy. He currently organizes top-level events through Chrand Marketing Events (from the Davis Cup to Pink Floyd concerts). In addition, he has organized the World Conference on Climate Change and Wine (with the participation of Al Gore and Kofi Annan) and has presented on the subject since 2005. Not surprisingly, the thesis that endowed him with the prestigious title of Master of Wine was entitled: Implications of Climate Change on Viticulture.

The comments that follow were inspired by our conversation:

The first and most direct question I ask is, what can we do?

Pancho comments that in the last conference in Porto attended by more than 700 people, the Porto Protocol was presented, a moral commitment to reduce greenhouse gases to which any company can join and also serves to share information and research among its members .

Climate change has not yet been harmful to everyone, some regions have benefited from this transformation of the planet. For example, southern England, where previously quality viticulture was a chimera, currently produces magnificent sparkling wines based on pinot noir and chardonnay. But, the problem is that this instability will not stop, and even areas like England may suffer the harsh consequences.

The situation in Spain is worrying although in the dryer areas, the vine is more naturally adapted to extreme climates. When the average temperature rises 2ºC more, in some regions it will be almost impossible to grow wine grapes. The climatic scale most used in wine is that of Winkler, most of the Iberian Peninsula is located on the Winkler IV scale; if, as the predictions say, you reach V, a range not suitable for the quality vineyard will be reached.

Not only is there an effect of rising temperatures, we also are experiencing a climatic disorder. It rains when it shouldn't, we are experiencing very dry springs (spring  is when the plant is growing and has more water needs), unexpected hail that destroys vineyards (some wineries like Taylor's have expermrimented cloud seeding with silver nitrate to avoid hail storms), and there is excessive humidity in times of vegetative growth. All this generates new diseases that change, mutate and move. For example, in the United States, Pierce’s disease, a bacterium carried by a cicada, has moved from the southern part of the country to the most relevant viticultural areas: Napa and Sonoma.

In addition, there is a worrying situation regarding water resources. I remember the famous phrase of  Oenology professor Joan Milà: «To make a good wine you need a lot of water». In reference to the three or four liters needed per bottle of wine. And water, we all know, is a limited and scarce.

According to Pancho, there are two ways to combat these effects in viticulture. By mitigation: a short-term tactic, which applies viticulture techniques such as leaving more leaves than usual to shade the clusters, orienting new plants so that they receive less sun or use clones that require less water. But also, and much more importantly, it's about practicing adaptation and working in every way that can reduce emissions and mitigate ecological collapse: recycle, reuse and bet on renewable energy.

Our current civilization is organized in modern societies, but these present four barriers or points of view that hinder effective actions to counteract climate change. Lifting all those barriers at once would be an act of generosity far superior to the ability of Homo sapiens. I wish I was wrong.

First of all: political interests. Some leaders look the other way and don't believe or pretend not to believe that climate change exists. Summits that attempt to agree on common policies against climate change are counted by failures.

Second: economic interests. The fight against climate change requires investment or economic slowdown, and few societies are willing to do so for a common good. Homo sapiens is a materialistic and wild animal.

Third: to reverse the situation, some economic activities should cease or slow down, which would imply a social problem because jobs would be lost.

Finally: Achieving complex scientific consensus. For example, a few years ago, it was commented that upon reaching 400 ppm (parts per million) of CO2 in the atmosphere, life would be impracticable and the Earth would collapse. However, currently this measurement is 420 ppm and we are still alive. Even so, and in my opinion, the denial of scientific results is an irrationality that must cease. There is the current denial, which argues that climate change has always existed and that the Earth has seen six glaciations pass. It would be good to remind these unbelievers that none of these glaciations have occurred with organized civilizations such as the one of the present and that it is the responsibility of the people only that the acceleration of the facts is palpable.

If you are a wine producer please contact us about our (Climate of Wine TM) symposiums.
Translated from Spanish by Go-Wine.com Part 2 will be featured in tomorrow's issue.