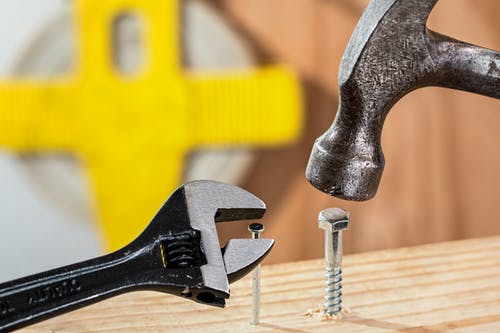 President Donald Trump and the Trump Winery stand to directly benefit from tariffs on French wine threatened by the president.

Trump’s unusual failure to relinquish his business interests when he took office underscores ethics experts’ warnings about conflicts of interest for a president who should be working for the public rather than his own companies.

“I’ve always liked American wines better than French wines, even though I don’t drink wine,” Trump, a professed teetotaler, told reporters in the Oval Office. “I just like the way they look. American wines are great.”

France just put a digital tax on our great American technology companies. If anybody taxes them, it should be their home Country, the USA. We will announce a substantial reciprocal action on Macron’s foolishness shortly. I’ve always said American wine is better than French wine!

Tariffs on French wine would boost prices in the U.S., helping sales of American wines, including the estimated 36,000 cases of wine produced annually by the Trump Winery in Charlottesville, Virginia, which Trump purchased in 2011.

The Trump Winery’s website states that it is a registered trade name of Eric Trump Wine Manufacturing LLC and is “not owned ... or affiliated with Donald J. Trump, The Trump Organization or any of their affiliates.” Eric Trump is currently named on the website as the president of the winery.

But the winery is located on the Trump Vineyard Estates LLC (now called the Albemarle Estate), the entity that filed a visa request in January with the U.S Labor Department to hire 23 foreign workers for the winery. The land is listed as part of the real estate portfolio of the Trump Organization, according to its website, which is owned by the president. Trump also boasted to reporters in 2016 that he owned “100%” of the winery.

According to Trump’s most recent financial disclosure document, which covers 2018, he made as much as $2 million renting the vineyard land to Eric, and about $1.1 million in revenue from the hotel and restaurant at the site. The wine has been sold in Shenandoah National Park, and the Trump campaign spent more than $30,000 at the winery in 2017.

Some critics speculated that Trump’s concern about the winery influenced his controversial comment about “blame on both sides” at the white nationalist Charlottesville rally in 2017 that ended with the murder of counterprotester Heather Heyer by an avowed neo-Nazi. Trump managed to plug the Trump Winery after the press conference where he downplayed the Charlottesville violence.

“I know a lot about Charlottesville,” he said at the time. “Charlottesville is a great place that’s been very badly hurt over the last couple of days. I own actually one of the largest wineries in the United States that’s in Charlottesville,” Trump told reporters. The winery is actually the fourth largest — in Virginia.

The government watchdog group Citizens for Responsibility and Ethics in Washington counted more than 1,400 specific Trump conflicts of interest in his first two years in office as he promoted his private businesses in his role as president.

Trump has “tried to use the presidency to enrich himself by promoting his businesses as extensions of his administration,” the group said in a report. That included promoting them, conducting government business at them, and offering special government access, influence and even positions to members and customers of his businesses, according to the watchdog.