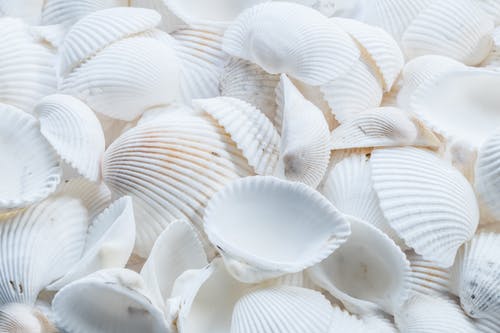 For Andrew O’Reilly, it was love at first dram.

While studying wine in France (he’s now the wine director at New York City’s Oceana restaurant), O’Reilly decided to take his education in an unconventional direction by writing his dissertation not on Burgundies or bubbly, but on Scotch whisky maker Laphroaig. Seated at a bar in Bowmore—a tiny town on the windswept Scottish island of Islay, not far from the Laphroaig distillery—he faced a question that would lead to a gastronomic epiphany: “I’m sitting at the bar with a big plate of oysters, and the bartender says, ‘Would you like a whisky to go with it?’”

Through all his studies of flavor profiles and food pairings, the notion of placing oysters alongside Scotch whisky had never occurred to O’Reilly. “[The bartender] poured a couple of things,” O’Reilly says, “And I was just like, ‘This is fantastic. Why isn’t this a regular part of my life?’”

Oysters, it turns out, pair fantastically with whiskey, particularly Scotch whiskys from Scotland’s coastal regions, which provide a certain mix of spice, salinity, and (often) smoke that can simultaneously complement an oyster’s brininess while also cutting right through its rich creaminess. It’s a nearly surreal sort of symbiosis in which one side of the duo both echoes and contrasts with flavors from the other, opening up an entirely new way to enjoy oysters beyond the traditional Champagne or white wine companion.

And yet, as O’Reilly observes, “no one really thinks about it.”

“I think the biggest issues with the American consumer is that with oysters we are so trained that it has to be Champagne, or it has to be Chablis, or something bright and crisp, like Sancerre,” says Adam Petronzio, wine director at Porter House Bar and Grill in New York City. “There are all sorts of ways we need to un-train ourselves to think about pairings.”

Petronzio—who first learned of the whisky-oyster duo a decade ago while sampling West Coast oysters with friends in Oregon—is still firmly on board with Champagne-oyster pairings. But he’s also respectful of the notion that “If it grows together, it goes together,” he says. Champagne, after all, grows fairly far inland in northeastern France, far from the oyster beds of the North Atlantic. In Scotland, barley fields line that country’s abundant coastlines, and distilleries often produce and age Scotch whisky mere feet from some of the best oyster-producing waters in the country.

It’s no accident then that just a short walk up the hill from the waterfront Talisker Distillery on Scotland’s Isle of Skye, a tiny, mostly outdoor seafood shack known appropriately as The Oyster Shed draws huge lunchtime crowds with massive platters of freshly shucked, local oysters. Or that Ardbeg, on Islay, occasionally hosts oyster-whisky pairings on the jetty just outside its seaside distillery. Or that a bar in Bowmore offers up drams of lightly smoky Scotch alongside oysters plucked from the waters around Islay.