A 4th Of July True Wine Story. Who Is Philip Mazzei? 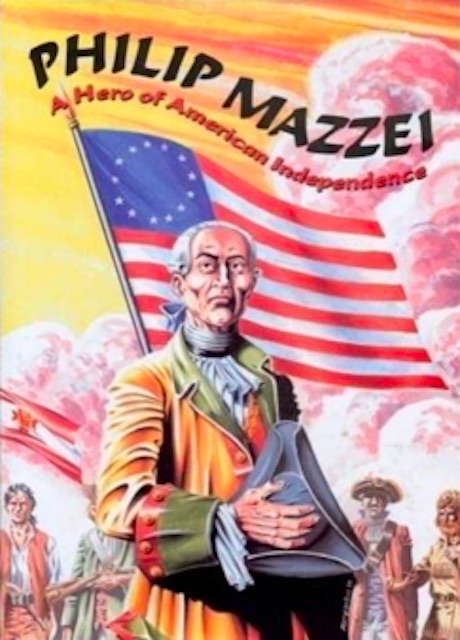 Philip Mazzei (Italian pronunciation: [mat?tsei], December 25, 1730 – March 19, 1816) was an Italian physician. A close friend of Thomas Jefferson, Mazzei acted as an agent to purchase arms for Virginia during the American Revolutionary War.

Mazzei was born Filippo Mazzei in Poggio a Caiano in Tuscany as a son of Dominico and Elisabetha. He studied medicine in Florence and practiced in Italy and the Middle East for several years before moving to London in 1755 to take up a mercantile career as an importer. In London he worked as a teacher of Italian language. While in London he met the Americans Benjamin Franklin and Thomas Adams of Virginia. They convinced him to undertake his next venture.

In 1773 he led a group of Italians who came to Virginia to introduce the cultivation of vineyards, olives, and other Mediterranean fruits. Mazzei became a neighbor and friend of Thomas Jefferson. Mazzei and Jefferson started what became the first commercial vineyard in the Commonwealth of Virginia. They shared an interest in politics and libertarian values, and maintained an active correspondence for the rest of Mazzei's life.

In 1779 Mazzei returned to Italy as a secret agent for the state of Virginia. He purchased and shipped arms to them until 1783. After briefly visiting the United States again in 1785, Mazzei travelled throughout Europe promoting Republican ideals. He wrote a political history of the American Revolution, and published it in Paris in 1788. After its publication Mazzei became an unofficial roving ambassador in Europe for American ideas and institutions.

While in the Polish-Lithuanian Commonwealth he became attached as a Privy Councilor at the court of King Stanislaus II. There he became acquainted with Polish liberal and constitutional thought and ideas of freedom. King Stanislaus II appointed Mazzei to be Poland's representative in Paris, where he again met Jefferson.

After Poland was partitioned between Russia and Prussia in 1795, Mazzei, along with the rest of the Polish court, was given a pension by the Russian crown. He later spent more time in France, becoming active in the politics of the French Revolution under the Directorate. When Napoleon overthrew that government Mazzei returned to Pisa, Italy. He died there in 1816. After his death the remainder of his family returned to the United States at the urging of Thomas Jefferson. They settled in Massachusetts and Virginia. Mazzei's daughter married a nephew of John Adams.

He was buried at the Piza Sub ur bano Cemetery in Pisa.[3]

This contribution was acknowledged by John F. Kennedy in his book A Nation of Immigrants, in which he states that: The great doctrine 'All men are created equal’ and incorporated into the Declaration of Independence by Thomas Jefferson, was paraphrased from the writing of Philip Mazzei, an Italian-born patriot and pamphleteer, who was a close friend of Jefferson. A few alleged scholars try to discredit Mazzei as the creator of this statement and idea, saying that "there is no mention of it anywhere until after the Declaration was published". This phrase appears in Italian in Mazzei's own hand, written in Italian, several years prior to the writing of the Declaration of Independence. Mazzei and Jefferson often exchanged ideas about true liberty and freedom. No one man can take complete credit for the ideals of American democracy.

Monticello and Mazzei
The inspiration for the layout and architecture of Thomas Jefferson’s mountain-top home, Monticello, are clearly Italian. There is also ample evidence to suggest that Jefferson’s long conversation with his Florentine-born neighbor, a talkative Italian exile-turned-wine merchant name Philip Mazzei, inspired the language used in the Declaration of Independence. In an article translated by Jefferson, Mazzei wrote, “all men are by nature equally free and independent”.

Phillip Mazzei appeared at Monticello in the winter of 1774, accompanied by Jefferson’s London merchant-agent, Thomas Adams. He became a houseguest at Monticello, brightening the last two months of 1774, for Jefferson, who had lost his sister Elizabeth (age 29) earlier that year. When a series of earthquakes had rocked the buildings at Monticello on February 21, 1774, Elizabeth had run outdoors in the raw winter weather and, confused, wandered away. She was found dead three days later.

Mazzei, then 43, had been trained a surgeon in Florence, worked as a ship’s doctor, then practiced in the Middle East before settling in London, where he had been a wine merchant for many years. A well-known horticulturalist, he had sailed to Virginia to introduce the culture of grapes, olives and whatever fruit trees would flourish there, and had brought his own crew of Italian vineyard workers with him.

Jefferson indulged some of his favorite activities: building, gardening, buying and selling land. He drew up the charter of a joint stock company for his new friend and neighbor, Philip Mazzei, buying a fifty-pound sterling share in a scheme to cultivate silk, grow wine grapes, and raise olive trees on Mazzei’s slopes near Monticello, all without slave labor and relying on Italian vignoble imported from Tuscany.

From April 1774, his notebooks were crammed with plans and expenditures to produce wine in the first large-scale viticulture experiment in North America. That he was not alone in this inability to foresee events is testified by the other shareholders, who included both George Washington and Lord Dunmore. According to local legend, Jefferson was able to greet the thirty vignoble in their own Tuscan accent. The men, who had heard only English for many months, wept.

Jefferson on Wine
Jefferson, who seldom dined alone, discovered that fine wines and food were a great way to meet informally with political friends and foes, never talking politics, but dropping a hint here and there of how he felt on a subject. And he used these nightly dinners as a form of legislative lobbying.
Jefferson’s first exposure to Italian wines had been during his trip into northern Italy in 1787, and he was particularly impressed with those made from the Nebbiolo grape. He served 250 bottles of Nebbiolo while President, but his favorite Italian wine was from the hilltop of Montepulciano located about 40 miles south of Siena in southern Tuscany.