The Wine State Of The Us Nation 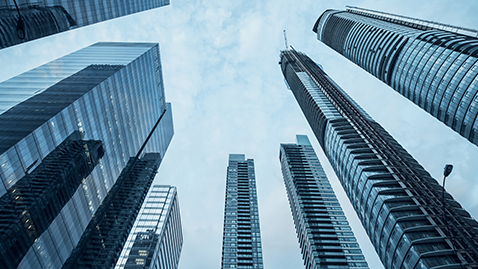 Here is, as usual, a feast of arresting facts and figures in Silicon Valley Bank’s annual study of the US wine market.

Its 57 pages are incisively written by the bank’s executive vice president and founder of its Wine Division, Rob McMillan, and liberally illustrated with grapes and tables. You will learn, among other things, that 2018 was a year in which the US consolidated its position as the world’s largest wine market, breaking a new sales record – as it has done in each of the past 25 years – with consumption now clocking in at just under 800m gallons.

Drilling down a little, you can also find out the winners and losers. 2018, it seems, was a bad year sales-wise for Gallo, the Bronco Wine Company and Argentina (with shipments down 4.2%, 9% and 7.9% respectively by volume), but a success for Trinchero, Delicato, France and New Zealand (up 5%, 7.3%, 7.6% and 9.6%). There was trouble, too, for producers operating at the lowest end of the market – wine selling below $9 was “in clear retreat”, the report says, with a drop of 9% in volume and value, while wines above that low water mark were up by 4.1% in value and 3% in volume.

As usefully stat-packed as it is, however, it’s the analysis of the market – McMillan’s clear-eyed take on what he calls the “headwinds” and “tailwinds” in trading conditions, and his predictions for the year ahead – that has made the report a must-read ever year since it first appeared in 2000.

For McMillan, there is plenty for the US wine business to feel optimistic about in 2019, from the continuing proliferation of retail outlets, to the growing appetite for the wines of Oregon and Washington State to the general background health of the US economy, which is currently in “its second-longest expansion in [its] history”.

But he believes the trade has little room for complacency for wine producers. Problems, as he sees it, range from concerns over finding sufficient vineyard labour, which have been exacerbated by the Trump administration’s toughening stance on immigration, to the increasing strength and expansion of larger retail groups, which use private label as a means to gain more control over the supply chain and drive down prices. McMillan is also troubled by the flat-to-negative volume growth in retail in 2018 (in value, and in the on-trade, the story is a little more positive).

But McMillan’s main concern, and one that contributes to the force of many of his other “headwinds”, is that wine’s audience is ageing. Baby Boomers, who have driven the American wine success story of the past quarter century, are heading into retirement, taking their high-spending ways with them. Millennials, who will replace Gen-Xers as the largest “fine wine-consuming cohort” by 2027, simply aren’t converting to premium wines in the ways of previous generations. Preoccupied with health, and more interested in craft beer and spirits, they are also alienated by the dated lifestyle marketing and staid, often expensive cellar door experiences that wooed their parents and grandparents. Can a generation that has been priced out of the housing market, is holding off on parenting and that loves gin and the gym, be won over to the joys of vin? More than any other factor, it will be that question that shapes the tone of McMillan’s reports – and the state of the US wine industry – for many years to come.