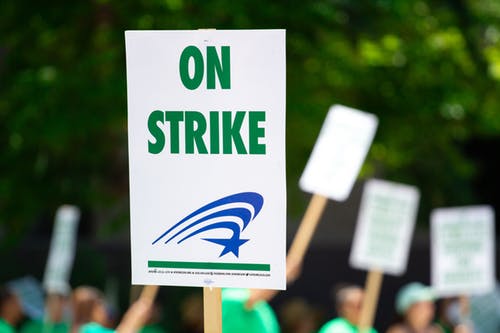 The ongoing labour dispute at the Rainforest Cafe in Niagara Falls, Ont., highlights a growing concern among hospitality workers across the country — employer control over their tips.

Both the substance and the administration of the employer’s tip-sharing policy remains a key sticking point in the dispute.

They can’t take my tips, can they?
Tips make up a substantial portion of a server’s income. And yet, prior to 2016, there was nothing in Ontario law that prevented employers from taking servers’ tips for any reason whatsoever: to cover breakage, theft by patrons, general renovations and other capital investments, to redistribute to other workers, or, simply, to keep them.

Tips are not counted as wages. And, contrary to the popular view, until recently, servers were not legally entitled to them.

Newfoundland and Labrador’s statutory language is similarly clear in terms of giving individual employees control over the tips they earn. By contrast, some provinces do not regulate tips at all, meaning employers may do with them as they please.

While Ontario and British Columbia do regulate tips, they give employers large discretion over them. Both jurisdictions forbid employers from taking tips to pay for business expenses. But beyond that, the employer has nearly complete control over any tips and tip-sharing arrangements. This includes how much is to be collected, as well as administration over the redistribution process, and — to a very large extent — who is to be included in what’s known as the “tip-out pool.”

In Ontario, and under amendments introduced in B.C. in late April, proprietors are forbidden to participate in tip-out pools except under certain narrowly specified circumstances. Whether front-line managers can participate —and under what circumstances — is less clear. The inclusion of front-line managers in tip-out arrangements is a central focus for striking Rainforest Cafe workers and others.

Tipping-out is the new battleground
Tip-sharing is not a new phenomenon. It has been described as a means of remedying the pay inequity between serving and non-serving staff. This certainly sounds laudable and is perhaps appropriate in some circumstances. After all, some non-tipped workers (bussers, kitchen staff) may also face precarious conditions — low wages, uncertain hours — and they contribute to the ability of the serving staff to do the job for which they receive tips.

But employer control over tips is a new battleground for many hospitality workers. Servers object to unilateral increases to tip-out amounts and the extension of tip-out pools to previously excluded employees. They say it amounts to clawing back gains made through improved employment standards legislation, notably minimum wage increases.


Who’s included in the tip-out pool can be contentious. Sam Truong Dan/Unsplash
Servers are concerned that tips are being funnelled to higher-paid or salaried employees as a means to maintain a particular compensation level for those employees; “taking from Peter to pay Paul.”

Employer control over the arrangement also makes it vulnerable to abuse. In Ontario, there is no real way to ensure that tips are being collected and redistributed in accordance with any employer policy or even in compliance with the law; the requirement to provide pay stubs, for instance, does not extend to information about tips.

This is concerning given revelations of systemic violations of employment standards and Ontario’s recent cutbacks to proactive enforcement measures.

Robust employment standards legislation is necessary if we’re serious about ensuring workers receive basic protections. For example, tip-sharing should be regulated, at a bare minimum by requiring transparency.

Workers at the Rainforest Cafe decided to unionize in March 2018 over the employer’s tip-sharing policy. They wanted a say over both its substance and its administration. Nearly a year later, they are on strike against a highly profitable employer that is intent on redistributing servers’ tips in response to minimum wage increases.

How the dispute will resolve itself is still an open question, but the strike has brought attention to a gap in public policy that allows employers to “take from Peter to pay Paul.”