The State Of Discrimination In Wine 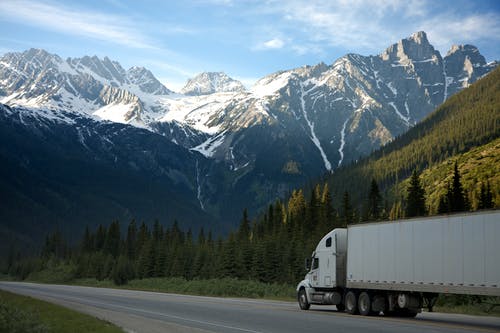 Since the 2005 Granholm v Heald Supreme Court ruling that deemed it unconstitutional for a state to allow direct to consumer wine shipments from in-state shippers but not from out-of-state wine shippers, numerous subsequent court cases have challenged state laws that impact the direct shipment of wine to consumers. Many of these cases have challenged laws that remain on the books that allow in-state retailers to ship wine to consumers in those state but prohibit out-of-state wine retailers do to the same.

These types of laws have been kept in place based on the claim that the non-discrimination principles embedded in the Granholm decision did not apply to retailers, but only wineries.

Where retailers are concerned, the very worst states are those that hypocritically ban shipments from out-of-state retailers, while allowing shipment of wine to residents from their own in-state retailers. In every case where this kind of discrimination exits the only rationale for the law is protectionism. It is a case of the state willingly interfering with interstate commerce and restricting their consumers from obtaining the wines they want for the sake of protecting their own retailers and wholesalers. It is the classic definition of legislative “rent-seeking”.

Likewise, a Federal District Court in 2018 ruled that Michigan’s discriminatory retailer wine shipping law is unconstitutional based on the Sixth Circuit Court of Appeals ruling in Byrd v Tennessee Wine Retailers in Tennessee (now under review by the Supreme Court). If this District Court ruling is upheld as a result of the Supreme Court upholding the Byrd case, it is likely that the discriminatory ban on out-of-state retailer shipping in Ohio will also fall, as its laws are also subject to rulings in the Sixth Circuit Court of Appeals.

Finally, if the Supreme Court’s review of the Byrd case (now commonly referred to as Tennessee Wine & Spirits Retailers Association v. Blair due to a change in the executive director of the Tennessee Alcohol Beverage Commission) determines that wine retailers, like wineries, are protected by the non-discrimination principles laid out in the Granholm case, it is possible that laws in all of the 19 states that currently protect in-state retailers and wholesalers from competition by banning out-of-state retailer shipments and allowing in-state retailers to ship will also have to be altered to become non-discriminatory.

How those laws would be altered is also unknown. A state where its laws are found unconstitutional may be able to conform their retailer wine shipping laws with the Constitution by either banning all shipments from in-state and out-of-state wine retailers or by allowing wine shipments from both.

As it stands now, 50% of the population of the United States lives in states that harm wine consumers by interfering with interstate commerce due to their discriminatory and anti-competitive wine laws that are in place for no other reason than to protect huge middleman wholesalers and in-state retailers from competition.

The Tennessee Wine Retailers v Blair Supreme Court case is likely to see a decision handed down sometime between May 13 and June 24. The outcome could prove pivotal to the future of wine shipping.

While the Tennessee wine case isn’t directly about wine shipping from out-of-state retailers, the case turns on the the degree to which a state may constitutionally discriminate against out-of-state entities in its alcohol laws. The worst case scenario for consumers and retailers is if the court delivers a decision saying a state may discriminate against out-of-state entities in any way it wants and for whatever reason it chooses. Such a decision would essentially foreclose the courts as a means of overturning the anti-competitive and discriminatory laws that bar wine shipments from retailers to consumers.

WineFreedom.org also will continue representing consumer interests in overturning protectionist, anti-competitive laws that force consumers in states to choose only from the generally pathetic selection of wines that wholesalers distribute to retailers. It’s facet that in most states, wholesalers distribute no more than 25% to 30% of the wines available in the national marketplace.

WineFreedom works with thousands of consumers in every state, helping them reach lawmakers and urging them to overturn protectionist, anti-consumer wine shipping laws

So, while the future for wine lovers and wine retailers is uncertain, what is certain is that over the next six weeks we will have a much better idea of which path is likely to lead to a fairer, more open, less discriminatory and more pro consumer wine market in the United States.

By Tom Wark
May 8, 2019
Source and complete article: Fermentationwineblog.com