How Israel's Wine Scene Went From Floundering To Flourishing 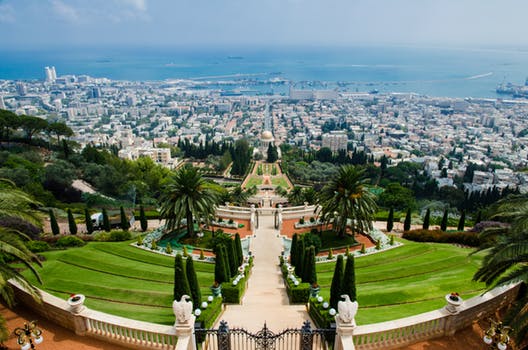 Israel was a major wine-producing country in biblical times, but the industry vanished for a millennium. Now a new generation, based in the boutique wineries of the storied Judean Hills, is putting its wines back on the map

“I like to call this the biblical wine tour,” says Alon Yitzhaki with rehearsed aplomb as our SUV tackles the undulating Judean Hills, 45 minutes’ drive from Tel Aviv and Jerusalem. The car is weeks old, the landscape rolling by unfathomably so.

Squint and it could be Tuscany, vineyards unspooling beneath sun-dappled limestone formations topped by pines. One difference: the area was making wine way before that Italian upstart. “At one point we believe it was the region’s main industry,” says Yitzhaki. “The Romans loved the local wine and exported it across their empire. It was the Gatorade of ancient times.” But with alcohol production banned for a millennium under Muslim rule until the mid-19th century, the native grapes withered.

Fast-forward to today and Israeli wine, spread over 350 wineries and five regions, is the toast of oenophiles. Exports focus on the US, making a tour the best way to try it. I’m in good hands with sommelier Yitzhaki, founder of Israel Wine Tour, who took to the drink aged six. “My Lithuanian grandma thought I should know about wine,” he explains. “She created a monster.”

While northerly winemaking regions Galilee and Golan Heights dominate Israel’s 55-million-bottle-a-year output, the boutique wineries of the Judean Hills (or “Bordeaux of ancient Israel”) are leading the quality revolution. At the first stop on our tour, Clos de Gat, I admire a 3,000-year-old wine press (“gat” in Hebrew) resembling a stone paddling pool. Such sites abound across the country.

The vineyard’s flagship 2012 Ayalon Valley, a Bordeaux-style red with a peppery Mediterranean kick, embodies Israel’s blend of old and new world. Wine is key to Jewish rituals, so most Israeli bottles are kosher (handled by observant Jews). It doesn’t affect flavour but a history of dire kosher wine has left a sour aftertaste that Clos de Gat (non-kosher) wants to eradicate. “We’re trying to stand shoulder to shoulder with the best wineries in the world, not get lumped in with Brooklyn kosher shops,” says marketing manager Gidi White.

Clos de Gat inhabits a former HQ of ex-Israeli PM Yitzhak Rabin, three miles from the West Bank. The wineries of the Judean Hills, which also extend into the West Bank, are attracting praise for wines using native grapes, as opposed to Israel’s dominant French varietals. One standout winery is Recanati, which is run by Israelis using grapes grown by Palestinians in Hebron.

That’s not to say Palestinians aren’t creating their own fair share of quality wines. Cremizan, run by Italian priests, has been harvesting wine since 1885 and its bottles are stocked at Ottolenghi restaurants. It’s right on the border; while many of the grapes are grown on the Israeli side, production happens on the Palestinian side.

One particular thorn in Israeli winemakers’ sides is having to lease plots from the state, which owns almost all land and snubs the country’s wine scene. “The Australian government puts AU$8m (£4.4m) into marketing its wine,” says Yitzhaki. “What do we get? A kick in the butt.” Nonetheless the future looks fruitful. “With (chef) Ottolenghi, suddenly Israeli cuisine is popping up everywhere,” says White. “Through that people are discovering the wine.”

While monoliths dominate elsewhere, with Israel’s “big three” – Barkan, Carmel, Golan Heights – making 80 per cent of the country’s wine, the Judean Hills’ 30-odd vineyards have a long history of co-operation. Last year four of them formed the Judean Hills Quartet. “The idea was to tell the story behind this beautiful region that almost no one outside of Israel knows about,” says Eran Pick of Tzora Vineyards – although the area has experienced a slightly raised profile since wine critic Jancis Robinson’s visit.

Israel’s only Master of Wine, Pick symbolises the new wave driving its revival, having trained abroad at the University of California, Davis. All five of Tzora’s terroir-focused wines got an “outstanding” rating of 90+ in Wine Spectator’s October 2016 Israel special. “Today we’re making much more fascinating wine,” says Pick. “People are amazed how quickly the quality has increased.”

Reds historically dwarfed whites but Quartet youngster Sphera (tagline: White Wine Professionals) has wowed Israeli sommeliers, doubling production since 2012. Oddly for a grape that flourishes in cool climes, its Riesling is a standout. “In this region we’ve got a microclimate, with cold wind coming from the Jerusalem Hills,” says founder Doron Rav Hon. Breezes from the nearby Mediterranean also ventilate grapes, harvested by night for further cooling.

Warm and down-to-earth, Rav Hon is a contrast to calm, collected ex-military helicopter pilot Pick. “Everybody put their egos aside, tastes together, travels together,” says Rav Hon of The Quartet (they’ll grace London’s Decanter Fine Wine Encounter in November). “It’s a first here and really exciting.”

Meanwhile domestic wine consumption, albeit paltry, is increasing. Tel Aviv has a wine bar scene and, latterly, branch of top international wine school WSET. Not so long ago Rav Hon’s Friday-night dinners were 15-minute eat-and-runs. “Now with wine they can go on for hours,” he says. “In Israel we see that changing a lot, mostly in big cities. There was no wine in our culture, so it’s something that we have to learn from scratch – but we’re learning fast.”

Domaine du Castel
A boutique pioneer founded in 1988 by Eli Ben Zaken, father of the Judean Hills scene, with epic views. Try the red blends (the Grand Vin is a classic). Open Sunday to Thursday by appointment; £27 tour and tasting with cheese.

Yatir
An acclaimed winery by the ancient Tel Arad Fort in the Negev: the next frontier of Israeli wine. Grapes from the nearby Yatir Forest result in aromatic, fruity Viogniers. Open by appointment; contact winery for hours and pricing.

Travel essentials
British Airways flies to Tel Aviv from £294 return. A bespoke day tour with Israel Wine Tour costs from £460 for two including tastings, a cheese plate and pick-up and drop-off anywhere in Israel.