Texas Wine And Arizona Wine: A Tale Of Two States

Have you ever dabbled into Texas and Arizona wine?

Here’s my impression on Texas and Arizona in the world of wine.

After five days touring Arizona wineries and seemingly a lifetime touring wineries in Texas, I have come away with some distinct impressions about the two states. In particular, how much they have in common. 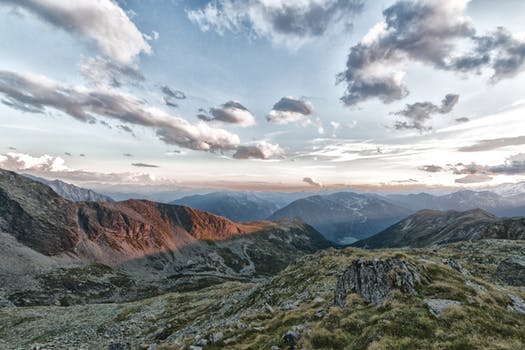 Texas and Arizona are both beset with a high risk of late frost. The danger here is that the frost arrives after the buds burst. The young buds are vulnerable to freezing conditions. Both states are taking similar serious measures to combat frost. For example, wind turbines to invert warm and cold air can be found in the Arizona’s Verde Valley (Merkin Vineyards), and in the Texas High Plains (Lost Draw Vineyards), and Hill Country (William Chris Vineyards).

Both states have young industries in viticultural terms. The first vinifera grapes were planted in Arizona (post-vinifera) in 1973. Texas saw vinifera just slightly earlier than that in 1972 (Doc McPherson’s experimental vineyard on Quirt Avenue in Lubbock), but the two dates are remarkably close. By comparison, California had vinifera grapes in the middle of the nineteenth century. As you might expect with such a youthful industry, both states are skunkworks of viticultural experimentation and innovation.

Youth — perhaps better described as inexperience — shows even more clearly in the winemaking. Texas strains under the lack of well-trained winemakers. People are still trying to learn to make wine from books, rather than working under an experienced winemaker or hiring a consultant. It is easy to find badly made wines even though the number of good wines increases each year. On the other hand, well made Texas wines from varietals suited to their growing area deserve a place at the table alongside wines from the west coast (viognier, roussanne, and tempranillo deserve mention as varietals where there are multiple examples that fit this profile). Arizona, likewise, now makes ‘national quality’ cabernet sauvignon, sangiovese, tempranillo, syrah, chardonnay, and malvasia bianca.

Age worthiness is still an open question in both states. However, tastings in 2014 of Texas wines (from Inwood Estates) going back almost a decade and Arizona wines that were up to 17 years old (Callaghan Vineyards) showed wines that aged gracefully in the classic manner.

There is the question of which varieties of grapes to grow. Texas has arrived at a fragile consensus that Mediterranean varieties fare best. That means viognier, roussanne, vermentino, and albarino for whites, and tempranillo, sangiovese, syrah, mourvèdre, tannat and touriga for reds. However, I stress the fragility of the consensus because one of the best Texas wines that I have had in the last year was a chardonnay, which indicates that the situation is still in flux.

In Arizona, the successful grape mix appears to center on Mediterranean varieties but, from the wines that I tasted, extends to the Bordeaux varieties as well. Look for unblended Cabernet Sauvignon examples from Javelina Leap and Saeculum Cellars and blended cabernet sauvignon from Callaghan Vineyards.

Total acreage in Texas grows at about 10 percent per year, based on the trend over the past decade. One response to late spring frosts in the High Plains is diversification to new sites in the Hill Country, Big Bend (West Texas), and the northeast part of the state (Parker and Grayson counties northeast of Dallas). 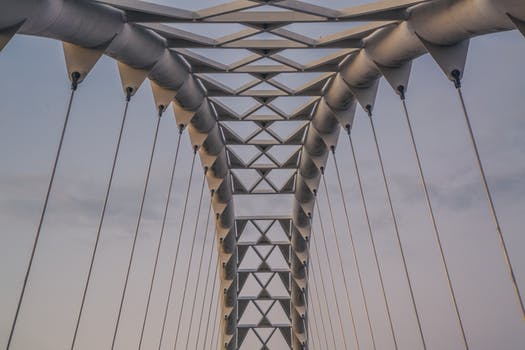 Grape growing and winemaking ‘infrastructure’ is young in both states. In Arizona, Yavapai College (part of the Arizona junior college system) and the University of Arizona’s College of Agriculture and Life Sciences provide the academic support. Yavapai offers a two-year certificate in viticulture taught by two specialized faculty (one in viticulture and one in oenology). Next fall it will start a one year enology certificate. Graduates can transfer credit to the University of Arizona system for a four-year degree. The University of Arizona College of Agriculture does not provide viticulture or enology classes but does provide research support, regarding grapes as part of its agricultural crop portfolio.

In Texas, academic support comes from Grayson College, a junior college serving the northeast of the state. Texas Tech University offers a four-year Viticulture and Enology Specialization program under the rubric of a major in Horticultural and Turfgrass Sciences. Texas A&M University does agricultural research. It also does outreach through the Texas AgriLife Extension Service.

Arizona has a custom crush/cooperative winery in Four Eight Wineworks in Clarkdale. Texas has Texas Custom Wineworks in Brownfield and a setup similar in concept to a custom crush facility that also provides retail space in San Saba in the Hill Country using space adjacent to Wedding Oak Winery. Owner Mike McHenry calls it a winery incubator, along the lines of high tech startup incubators.

Both states tout the role of the wine industry in promoting tourism. Most tourists come from within the state. The Texas wine industry estimates that about a third of the aggregate economic impact of the industry is spending on wine tourism. There are around 900,000 wine-related tourists. Wine trails are well developed and Fredericksburg, in the Hill Country, has emerged as an established center of wine tourism. It is less than ninety minute drive from Austin and San Antonio, providing a large first-tier catchment area.

Arizona wine tourism is less developed and, given the state population distribution, is likely to develop more in the Verde Valley (one hour north of Phoenix) than in the other two wine areas. Verde Valley is showing the early signs now, with the topographically stunning town of Jerome sporting places to stay (mainly B&Bs) and tasting rooms (Cellar 433 and Passion Cellars). Clarkdale has a cooperative winery in Four Eight Wineworks, Cornville hosting tasting rooms (Javelina Leap Vineyard and Winery, Oak Creek Vineyards, and Page Springs Cellars) and Cottonwood likewise (Alcantara Vineyards, Arizona Stronghold Vineyards, Burning Tree Cellars, Pillsbury Wine Company, and Fire Mountain Wines). The beginnings of high quality dining are coming to the area with the addition of Abbie’s Kitchen in Cottonwood which features informed New American cuisine.

Texas is trying to extricate itself from a past of tricks and misrepresentation that has left it with a lack of credibility with its consumers. As recently as 20 years ago there was very little Texas grape acreage and few wineries making wine from them. “Wineries” consisted of brands that imported California jug wine, either by tanker or as ‘shiners’ (unlabeled bottles), and labelled it with lots of Texas symbology (cowboys, state flag colors, poems by Hill Country poets, etc.). They then sold it to consumers whom they hoped would be gullible enough to believe it was real Texas wine.

Use of the phrase “For Sale In Texas Only” (FSITO) on the label took the wine out of interstate commerce and hence Federal labelling regulations. State regulations did not, and still do not, require the origin of the grapes to appear on the label. Consumers may have been fooled once but increasingly have cottoned-on to the scam and simply gone directly to California jug wine when that is what they want. FSITO on the label has become a reliable guide that a wine is a California jug wine. Of particular harm to real Texas wineries, the FSITO trick means that consumers also assume that any Texas wine is actually California wine (as a kind of Occam’s Razor) and ignore Texas wine as a category.

It has been a tough road for wineries committed to making wine in Texas from Texas grapes to re-establish credibility with consumers, but there are signs that they are winning the battle. Just this year the Texas Department of Agriculture (TDA) decided to raise the minimum proportion of Texas grapes in a wine eligible to use the TDA’s “Go Texan” promotional logo to 75 percent, from 0 percent. Plus, there is now a core of about 30 Texas wineries that might be called the New Texas Wine Industry. They aim to use 100 percent Texas grapes (weather permitting). They label transparently when they do use out-of-state grapes. They make all of their wine in Texas.

Arizona has few significant legal barriers. One law that the industry recently changed was a provision to allow two remote/off-winery tasting rooms without requiring a new winery permit. The Texas industry has yet to get remote tasting rooms.

Production size is a difference. Arizona has 942 acres under vine and 83 bonded wineries. Texas has 8,000 acres and almost 300 bonded wineries. That number is true only on paper as fewer than half are producing and only around 35 could be described as ‘aspirational’ in some sense.

A second size difference is national sales projection. Arizona wine is available at retail and in restaurants outside the state. Texas has virtually no out-of-state representation (McPherson Cellars is an exception with sales in New York. Four of the state’s best wineries recently formed a ‘quality cooperative,’ Texas Fine Wine to, amongst other objectives, promote their wines nationally. 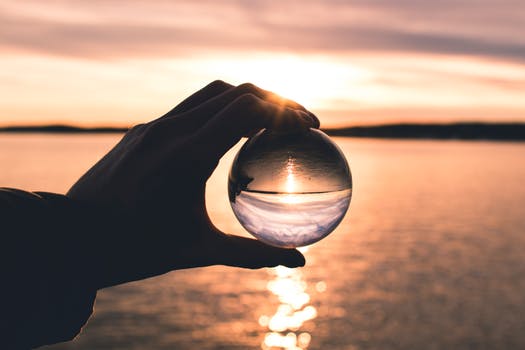 Both states are on the same trajectory towards national prominence. While there is some overlap (for example, in the use of Mediterranean grapes) it appears Texas is more set on what it will go forward with. Tempranillo for the red grape and two whites, viognier, and roussanne. While states outside Texas discover these, enthusiasts in the state will be closely watching emerging varieties. Among whites: albarino, vermentino, marsanne and, maybe, Chardonnay. Among reds there are even more candidates and vintners who back them: touriga, mourvèdre, aglianico, sangiovese, syrah, GSM blends, tannat and, maybe, cabernet sauvignon.

Arizona seems to have a different flagship red grape at each of the best wineries. Sangiovese, cabernet sauvignon, syrah, graciano, and grenache all figure. The state has an unknown gem in its expressions of malvasia bianca.

Both states are now training more winemakers than ever before and with better equipped facilities and body of existing knowledge.

Arizona seems to be further along the road marketing-wise. It already has mindshare outside the state. Texas has been more inward-looking due to a combination of a large in-state market and uneven harvests (the results of devastating frosts). There is some evidence that this latter problem is being overcome through modern countermeasures, varietal selection, and growing techniques. If so, larger crops from burgeoning grape acreage presage a more assertive push for out of state sales.