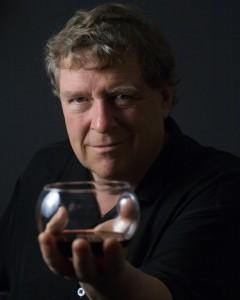 Clark Smith is one of the friendly curmudgeons of the winemaking scene. The technical consultant, teacher, and speaker makes wines himself while challenging preconceptions of commonly-applied techniques with an openness reflecting his ‘postmodern view of winemaking’. He founded the Vinovation company in the 1990s to commercialize the then-new reverse osmosis, ultrafiltration, micro-oxygenation and other techniques, and was a driving force in the wise-before-its-time, Appellation America magazine. And he has a few things to say to somms.

Winemaking411 offered marketing services in the forms of wine evaluation and wine & music. Can you give specific examples of how a wine might or might not be conducive to a particular form of music? And vice-versa? And how do you qualify these findings?

We find that it’s fairly universal that wines are like songs in that both can bring out sadness, happiness, mournfulness, etc. Most Cabernet is dark and angry, and for it I like to use Beethoven’s 5th–not the 6th as it doesn’t work! The Doors’ ‘People Are Strange’ has a magical quality of smoothing out Cabernet yet makes most Pinot noir taste awful. Pinots like sort of romantic music. I use the traditional English folk song Greensleeves to make Cabernet taste rough while it makes Pinot seem silky. We haven’t set up statistical trials to qualify these but as far back as the early 1990s winemaker Don Blackburn tried to show that wine could be seen in a holistic way. He took three wines and three music pieces, asked 100 people to pair them up providing six opportunities to do this by using the Chi Square Test. Instead of 16% in each of the boxes he’d get 85-90% of the people agreeing that a certain wine went better with a certain piece of music. But today we’re having fewer wine experiences and are communicating about wine more over the web…but you have to taste the wine while listening to music, you just can’t read about it.

Why should the informed sommelier care about the more technical aspects of winemaking?

It’s extremely important to control the environment in which wine is being tasted. I tailor the background music in the restaurant to a certain motif. Bocelli actually tastes good with Pinot Grigio, Barolo, and Chianti so it’s an inclusive motif. If the sommelier can determine the emotional modality of the restaurant then we can put together a playlist, and s/he should also buy the wines while listening to that same music.Clark Smith 2

How can a sommelier distinguish between flaws in wine as opposed to positive yet unique attributes?

It’s critical to know the difference between aggressive tannin that’s going to improve and that which won’t. The French use the terms ‘dur’ and ‘sec’; both are aggressive but ‘sec’ is bad–grainy, under the tongue, dirty while ‘dur’ is smooth and grippy atop the tongue.

What distinguishes the wine evaluation process you use from others?

I’m interested in the structural integrity and longevity. I’ve a lot of experience in looking at tannin structure, and we also have instruments to assess a wine’s appetite for oxygen which helps determine which closure to use and other points, and telling us how long it’ll live.

Your site lists for sale a kit for Phenolic Oxygen Uptake. What’s the necessity for this device?

Winemakers try to determine if a wine is reductive in the bottle and from that how it might age. Sommeliers, by comparison, tend to care about how a wine is at the moment. To me a bit of reduction is a sign of quality indicating that I might want to lay it down some months or years, or possibly open it up by rapidly giving it some oxygen to give it energy.

Minerality–what’s it mean to you?

Two meanings: if a wines smells like wet stone (petrichor), which I observe all the time, I don’t use that and rather say it tastes like the smell of rain in the desert or of ozone. What I’m interested in is the acidity on the finish, kind of a buzz like licking a battery. We don’t know what this is but you get it nearly exclusively from schist, limestone, slate. The only soil we get it from in California is decomposed granite such as we have in Lake County…though on sandy-loam we can sometimes get this if we work towards a living soil. We care about this because it acts as a preservative allowing the wine to age for a long time. Not that we understand why but that’s what we’ve discovered empirically. Once it was pointed out to me, I started noticing in my work that those types of wine behaved completely differently from wines that weren’t from those soils in having a much stronger oxygen appetite than you’d expect from the level of tannins they possessed.

Clark Smith On Biodynamics–real or fake?

Most of it is common sense, and that’s real. The benefits of spending more time and controlling the amount of poisons you put in the vineyard is without dispute. When it comes to the preparations I don’t see a way of really testing them. But the Catholic claim of drinking wine and eating a cracker doesn’t invalidate Catholicism because we have this nutty thing that it does. To me the question is delicious because science isn’t set up to test a holistic system. It doesn’t matter that Rudolf Steiner was a bit goofy because random mutation can occur and sometimes be successful. Unpasteurized cheese can smell like dog poop, but it can be really good-tasting dog poop. The system hasn’t collapsed under its own weight and it seems to be thriving, and it’s not completely fallacious. That’s all I can say.