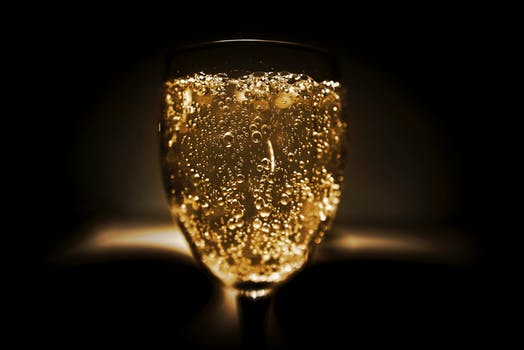 If anyone in the wine world hasn't heard and read of Tom Stevenson then they're missing out. Worth noting is that after a trying time interviewing a previous subject via email, I balked at doing so with Tom. He insisted, subsequently putting to rest my fear of any brevity on his part. So take a deep breath, wipe any flotsam from your eyes, pour yourself a large one, and let's go!

My brief acquaintanceship with Tom expanded in 2005 when he tapped me to contribute the section on Luxembourg to his annual Wine Report—an acclaimed guide, that received many awards before it's last issue in 2009.

Something of an abbreviated form of Wine Report has emerged in the reformation of Robert Parker's Wine Advocate sans Mssr. Parker. Might Wine Report have served partially as model for it? Has the explosion of online wine writing removed the potential for the rebirth of Wine Report or the initiation of something similar?

I’m not going to knock the Wine Advocate, avec or sans Parker. Its success speaks for itself, and I do not see the reformation of Robert Parker’s Wine Advocate as coming remotely close to replacing Wine Report. For a start, the Wine Advocate is extremely profitable and Wine Report was not, and you won’t find much about the wines of Luxembourg in the Wine Advocate either! The Wine Advocate is and always has been extremely focused about the wines it covers and decidedly wine-­note intensive, whereas Wine Report was of more interest to wine geeks who appreciated an annual snapshot of almost every winemaking area on the planet. That is what made Wine Report such a critical success, but was also its financial undoing. However, as I wrote on GuildSomm a few weeks ago, I want to resurrect Wine Report and if sales of my Champagne & Sparkling Wine Guide 2016 (see here), which I am testing as an Amazon­-only publication, go well, this could be the way forward for that particular title.

One of your more recent forays has been working with Master of Wine Essi Avellan and Dr. Tony Jordan in the annual Champagne & Sparkling Wine World Championships. With the subject covered adequately by Decanter previously by you and by other media and professional outlets around the world, was the decision to develop this purely monetary or was there a wheel that needed to be reinvented? 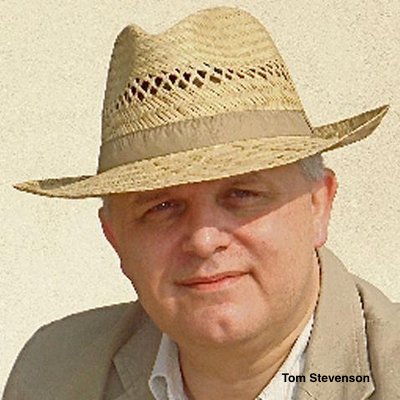 I have Decanter to thank for making the Champagne & Sparkling Wine World Championships a reality. It was something I had been thinking about for many years, but I was happy at Decanter (DWWA) as the chair of both Champagne and Alsace panels, and as a chair I was contractually prevented from launching any UK­-based wine competition or even judging at another UK­-based competition. Judges are free to do what they like, but chairs are not and that was and is fair enough. I was concerned by the judging of other sparkling wines at the DWWA and had even suggested a Champagne & Sparkling Wine panel, but the judging of medals is strictly terroir­-based and I respect that (indeed, I copied that in my own competition). After chairing two DWWA panels for the first nine years, I was looking forward to 10th year, but I was told they wanted to start rotating some of the chairs (if you look at the chairs for 2012 you will see a number of changes) and as I held two chairs, they asked me to concentrate on building up the entries for the Alsace panel. Had they asked me to keep the Champagne panel and hand over Alsace, I might still be a chair at the DWWA, but since that was not the way it went down, it opened up this marvelous opportunity to set up the Champagne & Sparkling Wine World Championships.

You infer that the subject was adequately covered by the Decanter but I was concerned by the judging of other sparkling wines at the DWWA. I am concerned about how so many people in the wine business who are not intimately connected with Champagne or sparkling wine struggle to taste this style. Some of the best red wine tasters I know are rubbish at tasting sparkling wine and many of them are happy to admit this, claiming that the CO2 gets in the way and limits the number they can taste with any confidence. That is why I decided to team ­up with my first choice, world-class experts, Essi and Tony.

Did the wheel need reinventing?

If you run a huge competition, you are restricted by the numbers. For the world’s largest, the DWWA and IWC are, each in their own way, impeccably well run. I might tweak the odd thing here or there, but they are a billion times better than any competition run on OIV rules (see here). When it comes to a smaller, niche competition, however, there are lots of elements to this particular wheel that I believe need reinventing and I have included them in my competition:

• For unique medalling consistency, every wine is evaluated by the same three judges. I have seen too many competitions where the medal received depended on whose table a wine lands.

• Three is the ideal number of judges for a panel of wine judges, especially if they are experienced, specialist tasters. Whoever believes in a panel of four with the chair having a casting vote needs their head examined.

• We judge blind, by provenance (so that the best Prosecco, for example, receives a Gold within the context of Prosecco) and like all the best competitions our score equate to Gold, Silver, Bronze, Commended, No Award, Possibly Faulty, Definitely Faulty, but our winners have to be seen to be special, so only Gold and Silver medals are considered winners. The Bronze & Commended (which alone average 55% of the wines entered into most competitions) and lower scoring wines are classified as failures.

• The percentage of wines in clear glass bottles that are light­struck to one degree or another is unacceptable. Whilst no competition can be held responsible for this phenomenon in the bottles received, I have always wondered how many light­struck bottles are the fault of the competitions when storing and sorting the bottles on trestle tables under artificial light. Studies have shown that foul­-smelling dimethyl disulfide (DMDS) takes just 60 minutes to form under natural or fluorescent light to form, when methionine, a common sulphur-­bearing amino acid is broken down by exposure to ultra­violet. Furthermore, other studies show that CO2 heightens the sensitivity to DMDS, thus sparkling wine is particularly prone. We cannot expect perfection in our first year, but from this year, or second year, we are double-bagging in black plastic all wines received in clear ­glass bottles as soon as a case is broken and one is found.


What do you do about those wines where the fault is subliminal and judges are confronted by the effect of the fault, a scalping of the fruit for TCA or something not attractive (but not yet foul) for DMDS?

Judging is blind. If it was not, a judge might realize the wine is not right. So no one asks for a second bottle and the wine is judged as it is. Maybe it knocks a potential Gold down to Bronze or a potential Silver to No Award. To resolve this, we are introducing another wheel-reinventing initiative in our second year. Someone separate from the judges will shadow the judges, working one tasting behind, comparing a second bottle of every wine that fails to make the grade (Silver medal and below for deluxe champagnes and Bronze medal and below for all other wines) with the bottle judged. Every wine where bottle variation is found will be recoded with a new number and slipped back into the judging, so that no one knows it was originally marked down and cannot refer back to the original note. This represents an enormous logistical challenge, but bottle variation is one of the unspoken problems of wine judging and having trialled this on a much smaller scale in our first year, I was determined that the CSWWC would be the first competition to do something about it.

Was the decision to develop this purely monetary?

Some critics think that all wine competitions are about making pots of money and they pay judges very little. Almost everyone in the wine trade has done his or her fair share of judging for little or nothing, me included, but you cannot expect top-­flight judges to devote an entire working day, day after day, week after week, for next to nothing, and this competition employs not only top-­flight judges, it has the best in the world. This does not mean that The Champagne & Sparkling Wine World Championships are not profitable. Any competition has to be profitable if it is to survive, but if this competition was about making money, I shot myself in both feet when I classified Bronze and Commended wines as failures.

The remainder of this fantastic interview will be published on September 13, 2018.