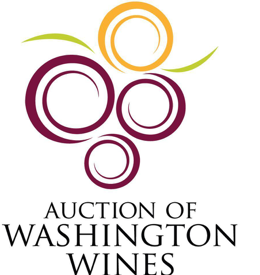 Thursday, August 16th, saw the start of the 31st annual auction of Washington wines at the Novelty Hill-Januik winery in Woodinville, WA. For the fourth year, it began with the annual private barrel auction which I was fortunate to attend. The Novelty Hill-Januik winery is a spacious concrete building with two large rooms for tasting with a suspended wood beam ceiling. Although the weather was in principle sunny, the air was heavy from the fires burning east of the Cascade mountains.

Thirty plus wineries participated at the barrel auction, each with a private barrel produced specifically for the event from which five cases were bottled for the auction. Overall, the tastings were excellent, all the wineries had distinctive tastes to liven up their wines. About half the wineries were offering their Cabernet Sauvignons with the others offering various blends, Cabernet Franc, Syrah, Merlot, a Petite Verdot and one Tannat. One trend I found interesting was the use of concrete barrels for aging the wines that became popular in Washington starting in 2013. The porous nature of the concrete is a good match for how the wine needs to breathe and the lack of additional wood flavors makes for a pristine taste. 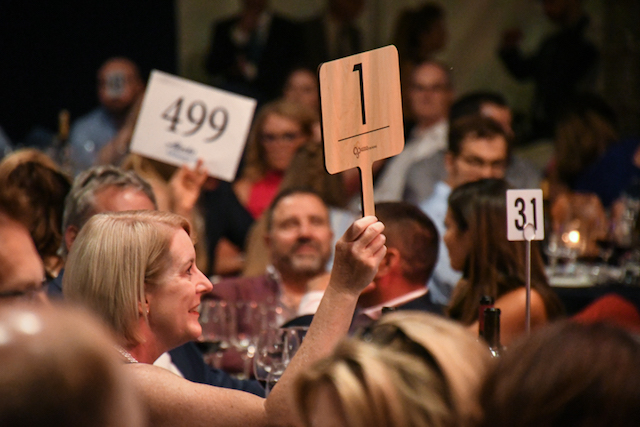 I had a chance to talk with Dennis Cakebread who came north from his family's winery in California to begin Mullan Road Cellars at the end of the first wagon road established over the Continental Divide. The road was built by Lt. John Mullan and his men in 1859-1860, ending at what would become the town of Walla Walla.

They were tasting their 2017 Red Blend, predominantly Cabernet Sauvignon with 10% Cabernet Franc and 5% Merlot. Although young, it was smooth but still promised many years of aging to come. Dunham cellars was another wine I thought stood out with a bold 2017 Estate Cabernet Sauvignon.

The auction benefitted the Seattle Children's Hospital Uncompensated Care and, in a forward-looking direction, the Washington State University wine program. After the morning wine tasting and lunch, the auction took place with often furious bidding. The five case lots went from any where between $3,000 and, at the top, $16,000 for both the DeLille Cellars and the Leonetti Cellars lots.