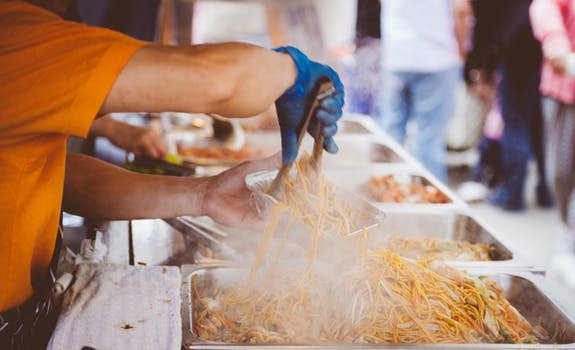 Though, there's still a long way to go


In a place known for curbside tacos and bacon-wrapped hot dogs eaten past midnight, it's easy to forget that Los Angeles's street food vendors are technically illegal. But thanks to a new decision by the L.A. City Council, that paradox is about to change.

In what's being called a landmark decision, the largest city in the U.S. without any policies in place for streetside vending is finally legalizing the practice. Previously, vendors were met with a misdemeanor charge, until the city council voted to decriminalize the act in 2017—a change brought on in response to the Trump administration's stance on illegal immigration, which put many operators at risk of deportation. (NPR notes that of L.A.'s 50,000 vendors, 22 were given misdemeanor convictions in 2016.) Since then, vendors were fined with tickets, ranging from $50 to $1,000, without facing any criminal violations. This newest ruling, however, lays the groundwork for an entire legitimate industry.

"I'm happy, yes. But once this passes, I’ll be much happier," Alejandra Rodriguez, a vendor in L.A.'s Piñata District, tells KPCC. Because though the vote has been approved, there's still much work to be done.

According to Eater, the biggest issue now is figuring out a system that works—one where vendors can afford the permits, while still providing Los Angeles enough funds to keep the program enforced. The other point of contention comes from brick-and-mortar businesses and when they have the ability to deny sidewalk vendors operating within their immediate area. According to KPCC, the aim is to have an ordinance in place by July, with the full street vendor permit program operating by next year.