Ex-bookkeeper For Restaurants Blackbird And Avec Charged With Stealing $600,000 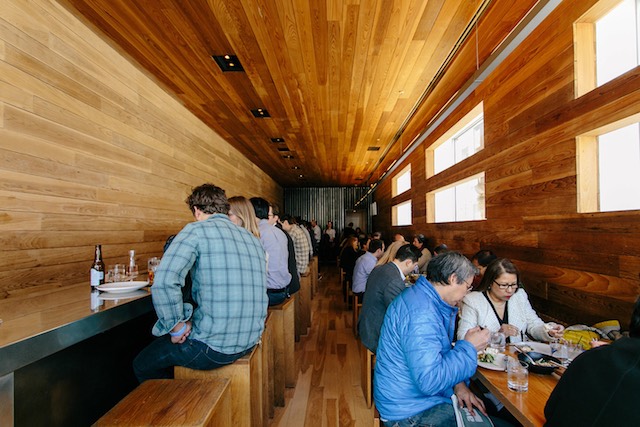 A former bookkeeper for well-known West Loop restaurants Blackbird and Avec was arrested Wednesday on federal charges alleging she stole more than $600,000 from the restaurants over a six-year period and used the money to pay down personal credit card debt, mortgages and other expenses.


Renee Johnson, 60, was charged in a criminal complaint with a single count of mail fraud. She appeared briefly before U.S. Magistrate Judge Sheila Finnegan, who released her on bond.

Johnson, of Chicago, worked as a bookkeeper for One Off Hospitality LLC, which owns several bars and restaurants in Chicago, including Blackbird and Avec, according to a criminal complaint. Her brother, Rick Diarmit, is a partner in One Off, records show.

Johnson’s duties at One Off included processing checks to vendors who provided food, labor and utilities to the restaurants, giving her signatory power over the restaurants’ bank accounts, according to the complaint.

From 2011 to 2017, Johnson wrote hundreds of unauthorized checks from One Off’s accounts totaling about $604,000 to pay for her personal expenses, including mortgages on real estate holdings in Chicago, according to the complaint.

To hide the theft, Johnson made checks payable to one of her own personal creditors but later deleted the entry in One Off’s bookkeeping system, the complaint said. Johnson also cut some checks to pay personal expenses and then quickly wrote a new check with the same number to pay for a legitimate corporate expenditure, according to the complaint.

The fraud was first detected in August after an accountant helping to implement a new bookkeeping system for the restaurants noticed two checks written to a wine vendor had the same number, according to the complaint.

On Aug. 24, Johnson was called to a meeting at One Off headquarters with the accountant and two of the company’s partners, according to the complaint.

After she was confronted with a stack of financial papers showing the fraud, Johnson “avoided eye contact” with those in the room and said, “This is me, I did this,” according to the complaint.

The investigation became public earlier this year after One Off sued Johnson for embezzlement.

At the time, One Off released a statement saying that the company fired Johnson and “initiated both a legal investigation and a police investigation immediately” after learning of the alleged fraud.

When it opened in 1997, Blackbird quickly became one of the early high-end successes of the Randolph Street corridor, a neighborhood previously known for its meatpacking plants and warehouses. Avec, located next door, opened in 2003. Both restaurants have won numerous awards, including the James Beard prize for best chef.

Johnson was involved in Blackbird before it opened. Plate magazine interviewed her as part of a 2013 story called “Project: Blackbird” that chronicled the creation of the influential restaurant. Johnson said then that she gave $10,000 to her brother and restaurant partner Donnie Madia to help start the business.

“I was waitressing at Noodles, and (Diarmit) came in for Tuesday night prime rib with Donnie,” Johnson said in that interview. “They sat in a booth, and I gave him the money. And if my memory serves me correctly, I think I picked up the bill for dinner, too. But that was how that went. It’s your brother. It’s your family; they ask for help, and you just do it, that’s it. Period.”

She also talked about the early days trying to handle the restaurant’s finances.

“I did all the invoices,” Johnson said. “I had them in a milk crate; I didn’t even have a filing cabinet. It got to the point where I was just tired of handwriting them. I even brought in my electric typewriter to type checks.”

The charges against Johnson mark the second federal criminal case involving a West Loop restaurant in the past two months. In February, Attila Gyulai, co-owner of the now-shuttered Asian restaurant Embeya, was charged with misappropriating at least $300,000 of the restaurant’s money for his own use before fleeing the country.