Why Is It Becoming Harder To Buy Wine Online? 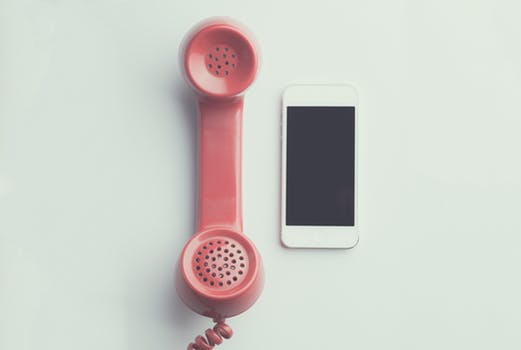 In a day when we can buy almost anything online and have it shipped to our door — from shirts to cabbage to replacement motors for our basement freezers (to be installed DIY after watching a YouTube video), it is becoming harder to buy wine.


Ask David Godolphin. The Concord, Mass., resident maintains a collection of about 350 bottles in his temperature-controlled cellar. That’s large enough to have fantastic wine on hand for any occasion, but still modest enough that he needs to indulge in the wine lover’s joy of shopping from time to time to maintain his stash. (The only thing wine fiends love more than drinking wine — and talking about it — is buying it.) Godolphin is especially fond of wines from Alsace, in France, such as grand cru Riesling and pinot gris, top Rieslings from Germany and the red wines from cru appellations of Beaujolais. But these aren’t typically available in his local shops, so he looks to stores outside Massachusetts.

“Fifteen years ago, wine could be shipped to me via FedEx with a wink and a nod,” Godolphin told me in an email. “Then that approach became too risky. I’ve been told I cannot receive wine from out of state.”

He tried an end run, ordering wines from MacArthur Beverages in Washington, where his nephew, Phil Bernstein, is a manager, and shipping them to Bernstein’s father, in Long Island. The brothers-in-law would complete the transfer, almost as if they were exchanging smuggled contraband. “Now out-of-state retailers are no longer shipping to New York, so I’m essentially cut off from my main supplier,” Godolphin says.

At MacArthur Beverages, one of Washington’s premier wine stores, shipments account for about 40 percent of revenue, Bernstein says. Yet the store has been told by carriers such as FedEx that they will no longer accept packages bound for certain states. “Shipments to quite a few states have dropped, but the biggest loss is Illinois and Massachusetts, with tens of thousands of dollars,” he said. “Delaware hurt us as well.”

What’s happening? The three-tier system that favors big producers and big wholesalers is fighting back. The repeal of Prohibition left the regulation of alcoholic beverage distribution to the states, and power over that distribution to wholesalers and their political contributions to lawmakers. Over time, the way we shop has changed, and wine lovers demand more freedom to buy wines that don’t reach local shelves through the traditional system.

We thought we’d won the direct shipping battle a decade ago when the Supreme Court ruled in 2005 that states should not treat their wineries favorably over wineries from other states. But that ruling didn’t end the battle over direct shipping; it just put it back into state legislatures, perhaps with a more even playing field. Most of us can now buy directly from wineries in California, Oregon or elsewhere in the United States — but not from retailers in those states.

The selection of wine at MacArthur Beverages. (Dayna Smith/For The Washington Post)
In fact, only 13 states and the District of Columbia allow shipments from out-of-state retailers to their residents, while more than 40 states allow such shipments from out-of-state wineries, according to winefreedom.org, a website operated by the National Association of Wine Retailers.

Tom Wark, the association’s executive director, says states have been cracking down on common carriers such as FedEx, and the carriers are refusing to ship wines to certain states where they may have before. (A company spokeswoman would say only that FedEx “complies with all applicable federal, state and local regulations.”)

Wark’s beef isn’t with the carriers, but with state laws that he says discriminate unfairly and deny consumers access to wines, especially imported wines, which can only be purchased from retailers. His group supports a lawsuit challenging a Michigan law that took effect early last year banning shipments from out-of-state retailers. The plaintiffs in that case are an Indiana retailer and three Michigan wine collectors. Similar lawsuits have been filed in Missouri and Illinois.

The Michigan plaintiffs put the situation in stark terms in a recent motion for summary judgment. There are about 200,000 different wines for sale in the United States, but only a fraction are available in any one market. A small retail store might carry a few hundred wines, while a big-box store in a major metropolitan area might carry a few thousand. Only about 10 percent are approved by Michigan for distribution and sale there, and these are likely to be large-production wines. Older vintages or rare wines, for example, are more likely to be available from one of the larger Internet purveyors, and most of them are in California, New York, New Jersey and Florida. But Michigan’s law makes them unavailable to Michigan consumers.

Meanwhile, legislation has been introduced in four states, including Godolphin’s Massachusetts, to allow direct shipping from out-of-state retailers. Wark says his winefreedom.org website has generated more than a thousand messages to state lawmakers in favor of the bill. “If any of those states pass such legislation, it will be because consumers ask for it,” he says.