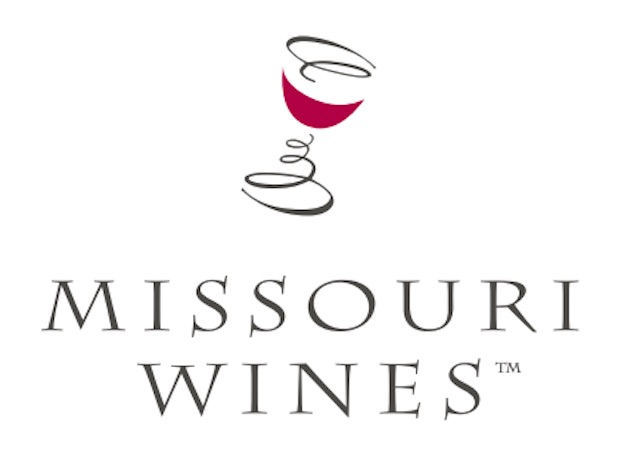 This article is a powerful wake up call on how the American Wine landscape is changing. According to the author Robert Scott of Wine Line Radio, the so-called emerging wine regions are now coming of age. Go-Wine.

SHOW ME SOME WINE…


Who would have thought it? Is Missouri masquerading as a historic wine producing area? Let’s find out.

Sometimes, we don’t explore our options very well when we reach for a bottle of wine to pair with that special dinner or, just to have on a lazy Sunday sitting by the pool or on the patio. Naturally, California comes to mind… Napa, Sonoma, Paso Robles, on and on. So does the rest of the western region of our country. Washington and Oregon are good bets. BUT, why not try some “Non Left Coast Wines?”

Hey, good, even great wines come from New York state, Idaho, Michigan, New Mexico, Arizona ,Virginia and other regions one does not usually associate with quality wine production. As a wine journalist and host of WineLineRadio.com, I should know a little about these non left coasters. Actually, I do. I know wines from Virginia, wines from New York and other semi-obscure regions. I love wines from the lesser known areas of France, Italy, Austria, Australia, Montenegro, the Southern Hemisphere, etc. Then, much to my surprise and out of the blue came an opportunity to go to St. Louis for their annual Food & Wine Experience. I was invited to attend by the Missouri Wine Board. I went and, I’m here to tell you I was impressed with the quality and diversity of this “secret” wine producing state. Missouri had something to “show me” and indeed, it did. 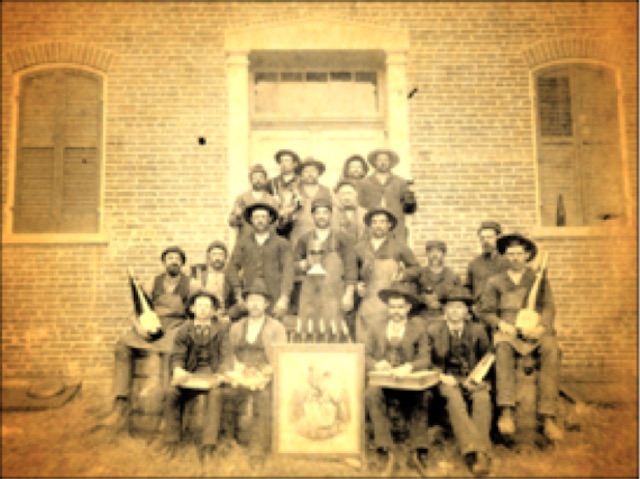 Let’s take a look at the history of wine production in Missouri:

There was an influx of German immigrants to the Missouri River valley in the 1830’s. They established vineyards and wineries due to the ideal growing conditions for grapes. By the late 1800’s they were producing over 2,000,000 gallons, the most of any state in the nation. Stone Hill winery in Herman became the third largest winery in the world. They were shipping a million barrels of wine by the turn of the 20th century. And, these wines were winning major awards in Europe and in the states. Another event helped put Missouri on the wine map. In the mid-19th century, the phylloxera louse destroyed much of the Vitis vinifera grape crop in Europe. Charles Riley, Missouri’s state entomologist, discovered that American rootstocks were resistant to the pest. As a result of his discovery, Missouri sent millions of rootstocks to vineyards, around the world, that had been decimated by phylloxera. Guess what? This saved the French wine industry as well as others.

Before Prohibition, Missouri was the second largest wine producing state in the nation. In 1965, Stone Hill Winery reopened heralding the return of wine for the table to Missouri. Winemakers began emerging and reestablishing along the river and throughout the state. The federal government started to recognize that the wine industry was an important factor in the nation’s regional economies.

In 1972, the first American Vinicultural Area (AVA) certifcation was issued by the federal government was issued to the region. Progressively distinct AVAs were recognized. The Augusta AVA in 1980. The Hermann AVA in 1983 and so on. Boy, was I getting an education. 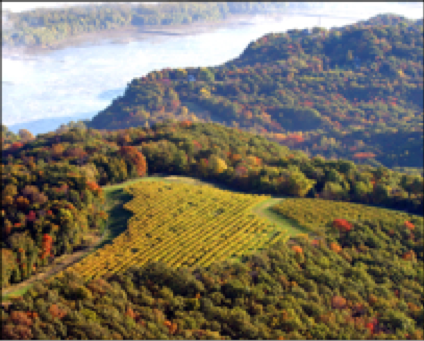 Today, the Missouri wine industry is growing rapidly. There are more than 1,600 acres planted in grapes. By 2009, 97 wineries were producing Missouri wines. By 2016 the count was over 126. Missouri is home to over ?ve wine trails taking visitors from winery to winery producing a wine tourism business for the state.

As Missouri showed me more, I tasted and enjoyed native American grapes like Concord and Catawba. I tasted French-American hybrids such as Vignoles, Seyval and Chambourcin and wines from Vitis vinifera grapes like Cabernet Franc, Chardonnay, Mourvedre and Petit Verdot. Did I think I had somehow morphed to France? No, I did not. These wines, while international in nature, were distinctively American and speci?cally Missourian. I came to Missouri and Missouri showed me more than I could have imagined.

Shortly after coming back from Missouri, I had the opportunity to do a series of “Non Left Coast Wines” tastings with David Furer, noted wine journalist and educator. Those recorded tastings are being featured on a special page on www.winelineradio.com. Check out the “Wild East,” the “No Longer Middling” Midwest and the “New West” recorded tastings. You’ll get a sense of what’s happening in America’s wine world.

Shortly, I will feature a on-going “Show Me Sensations” page wherein I will be tasting a different Missouri wine every week for a 12 week period. Many of these fine wineries have a DTC (direct to consumer) component on their websites. Stretch your imagination a little and give Missouri wines a try. Maybe, they will show you too.