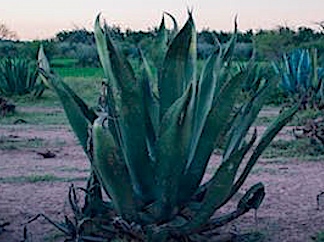 For the second time in one week, Mexican authorities have shut down a black market tequila distillery.

More than 1,000 gallons were confiscated on Monday in the latest bust. That came on the heels of more than 18,700 gallons of illegal tequila seized last week. Tests found more than 235 gallons of that supply contained dangerous levels of methanol.

Methanol is commonly used in windshield washer fluid and as a solvent and is extremely toxic even in small quantities.

The crackdown comes amid an investigation by the Milwaukee Journal Sentinel exposing how tourists visiting upscale, all-inclusive resorts are reporting they have blacked out — at times becoming violently ill — after drinking a few drinks, sometimes just one.

Officials said it was too early to say if the tequila taken in the second bust also contained methanol. The lab analysis had not yet been completed as of Thursday.

However, Monday’s discovery included more than 30 gallons of pure cane alcohol, 150 gallons other alcoholic “products” and nearly 800 gallons of a mixture made from various parts of the agave plant that are not legitimate for tequila production, according to officials from Consejo Regulador del Tequila, the Tequila Regulatory Council.

Cane alcohol is pure, or more than 95% alcohol, compared with levels in tequila which are typically around 40%.

Considering the fermented agave juice mixture and the other products confiscated, it appeared as though the bootleggers planned to mix them together to produce an imitation tequila, Paulina Alejandra Mendoza Carrillo, a spokeswoman for the council, told the Milwaukee Journal Sentinel in an email.

Like the case last week, officials did not say where the supply was headed but said some of the packaging was written in English. Authorities are continuing to investigate.

The Journal Sentinel has identified more than 150 reports from travelers who have experienced blackouts while staying at dozens of different resorts in Cancun, Playa del Carmen, Puerta Vallarta, Los Cabos and elsewhere.

It’s unclear whether tourists have been deliberately drugged or became random victims of adulterated alcohol. Some reported getting violently ill, vomiting, foaming from the mouth and nose, and other physical symptoms. Others blacked out and woke up hours later with no ailments.

In each case, the victims said hours of their memories were voided out.

Many times, people regained consciousness to learn they had been robbed, sexually assaulted, or otherwise injured. In some instances, travelers could find no motive behind their blackout.

Despite the crackdown and discovery of methanol-laced tequila, Mexican authorities maintain there is no evidence of tainted alcohol making its way into resorts.

FORM: Did you have a similar experience at a Mexico resort? Tell us your story

But in a sweep through tourist hotspots last year, in the wake of initial Journal Sentinel reports, government authorities seized 90 gallons of illicit alcohol, shut down a bar within one of the resorts and uncovered a clandestine distillery with 10,000 gallons of alcohol produced with “bad manufacturing practices.”

A 2017 report by government and industry officials found 36% of all the alcohol consumed in Mexico is illicit, meaning it’s produced under unregulated conditions.

The U.S. State Department says there is little it can do to investigate or hold accountable Mexican companies or authorities when American citizens are injured while vacationing in Mexico. The agency has come under fire in recent months from tourists and members of Congress for not doing more to warn of the risks and detect problems in the first place.

The department’s Office of Inspector General is investigating how the agency has been handling reports of sexual assaults and other injuries — even deaths — of U.S. citizens vacationing in Mexico.

“Unfortunately, the issue of illicit alcohol in Mexico is not going away, and U.S. citizens continue to be victimized,” U.S. Sen. Tammy Baldwin (D-Wis.) said in a letter earlier this month to Secretary of State Rex Tillerson. “Making matters worse, this is just one thread in the larger web of Mexico’s degrading security, governance and human rights climate."