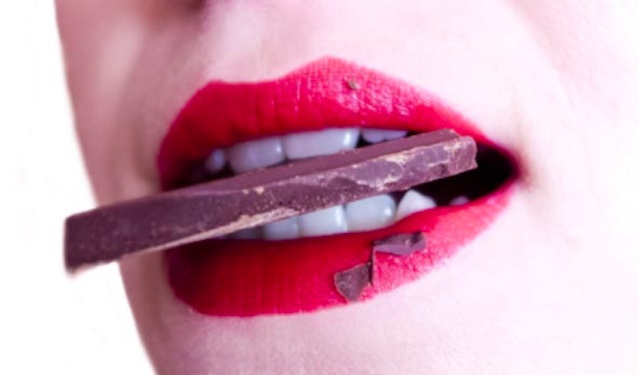 Antioxidants in wine significantly prevent bacteria from sticking to gums

These bacteria can enter the bloodstream, leading to heart disease and cancer

'Wine-inspired' toothpastes and mouthwashes may be on the horizon

Despite many dentists warning booze's acidic content can damage teeth, a study released today suggests antioxidants in wine significantly prevent bacteria that cause plaque, cavities and periodontal disease from sticking to gums.

When these bacteria enter the bloodstream, they can trigger a chain reaction that has been linked to heart disease and cancer.

The latest discovery could lead to the development of 'wine-inspired' toothpastes and mouthwashes that contain such antioxidants, according to the Spanish researchers.

Gum disease affects around three in every four adults in the UK, with symptoms including sore, bleeding gums during brushing.

An occasional glass of wine does not benefit your heart, according to a review of 45 studies released in May 2017.

Previous investigations have suggested moderate drinkers have lower heart disease rates than teetotallers, leading to the widespread myth that the occasional indulgence boosts our heart health.

Yet, alcohol abstainers in these past studies may have been former drinkers who quit or cut down due to an existing health concern, and are therefore less healthy than moderate drinkers irrespective of their alcohol consumption, the review found.

Healthy older people may also be more inclined to enjoy an occasional alcoholic drink than those with existing health problems, the research adds.

This gives the false illusion of an association between moderate drinking and better health, the researchers said.

Lead author Dr Tim Stockwell, director of the Center for Addictions Research at the University of Victoria in British Columbia, Canada, said: 'The notion that one or two drinks a day is doing us good may just be wishful thinking.'

The researchers followed more than 9,100 adults from the UK aged between 23 and 55 years old.

They found that moderate drinkers - defined as those who had up to two alcoholic beverages a day - had a lower risk of heart disease than nondrinkers.

Yet, this was not the case when the researchers analysed the drinking habits of younger people - aged 55 or less - and followed them to an older age when they are more at-risk of heart disease anyway.

The researchers argue that while past studies suggest nondrinkers are less healthy than those who drink moderately, this is likely due to our health influencing our drinking habits, resulting in people with poor health choosing to abstain.

'But bacterial adhesion to host tissues constitutes a key step in the infectious process.'

When digested in the mouth, these antioxidants are thought to produce molecules that may benefit oral health.

'Mouthwashes and chewing gums have been proposed'

Speaking of how the experiment was carried out, Dr Moreno-Arribas added: 'We tested concentrations in the range normally found in wine - 50 and 10 µg/ml.

'Working with cells that model gum tissue we found the two wine polyphenols - caffeic and p-coumaric acids - were generally better than the total wine extracts at cutting back on the bacteria's ability to stick to the cells.

'Delivery methods for these compounds to treat oral disorders should be optimised.

'Mouthwashes and chewing gums have been proposed as interesting matrices for the application of dietary polyphenols in the management of oral health.'

The findings were published in the Journal of Agricultural and Food Chemistry.

This comes after research released earlier this month suggested a couple of glasses of wine a day not only clears the mind but cleans it too.

Mice exposed to the equivalent of around two-and-a-half glasses a day are more efficient at removing waste products from the brain that are associated with dementia, a study found today.

The animals, who were given a compound of alcohol known as ethanol, also perform as well as 'teetotal' rodents on cognitive and motor tests, the research adds.

Lead author Dr Maiken Nedergaard from the University of Rochester, said: 'Prolonged intake of excessive amounts of ethanol is known to have adverse effects on the central nervous system.

'However, in this study we have shown for the first time that low doses of alcohol are potentially beneficial to brain, namely it improves the brain's ability to remove waste.'

The researchers did not mention whether red or white wine is most effective at 'cleaning' the brain but add other types of alcohol, including beer, would likely have the same impact.