Can Alcohol Help You Live Longer? Here Is What The Research Really Says 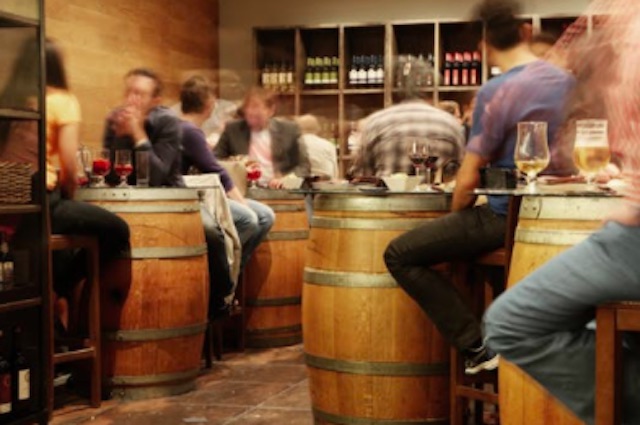 New research, which was presented at the American Association for the Advancement of Science’s annual conference, has found that moderate drinking is linked to a longer life. Drinking about two glasses of wine or beer a day was linked to an 18% drop in a person’s risk of early death—an even stronger effect than the life-preserving practice of exercise, according to the researchers. The results came from the 90+ Study, a research project out of the University of California Irvine’s Institute for Memory Impairments and Neurological Disorders that examines the habits of people who live to at least 90.

Though the study has not yet been published in a scientific journal, it triggered a spate of booze-praising headlines. But can alcohol actually help you live longer? Researchers have gone back and forth on that question for years. Here’s what the research really says about alcohol and health.

Alcohol may be linked with longevity
The new study isn’t the first to link alcohol with a long life. A 2015 study of people with mild Alzheimer’s, for example, found that moderate drinkers were less likely to die during the study’s follow-up period than teetotalers. A large 2017 study also found that light and moderate drinkers were less likely to die from cardiovascular disease than those who never sipped. Red wine, in particular, is often singled out for its anti-aging benefits, usually because of a compound called resveratrol — though that explanation may be a little oversimplified, and more research is needed.

Many of these papers come with caveats, however. Most of them are observational, meaning they can detect patterns in a dataset, but not cause and effect. That means it’s hard to tell whether the beverages themselves are imparting longevity benefits, or if the health effects come from other lifestyle factors common among moderate drinkers, such as a strong social network. Plus, most research focuses specifically on moderate drinking, which is typically defined as no more than a drink a day for women or two drinks a day for men. Research has generally not found health benefits for people with heavier drinking habits — and, in fact, a recent report says that alcohol abuse is contributing to a decline in U.S. life expectancy.

Alcohol may or may not be good for your heart
The relationship between alcohol and cardiovascular health is perhaps the most contentious of all. Quite a few studies have linked moderate drinking with better heart health, but some researchers have questioned these findings based on something called the abstainer bias: the idea that many non-drinkers teetotal because they have other health issues, or because they’re recovering from addiction. Including these folks in studies could skew the data to make people who don’t drink look unfairly unhealthy, and to falsely equate booze with health benefits.

A large 2017 study looking at alcohol and heart health, however, was designed to eliminate the possibility of abstainer bias. It still found that moderate drinking may protect against heart attacks, strokes, chest pain and fatal heart disease.

Alcohol may be associated with cancer
The link between alcohol and cancer is strong enough that the American Society of Clinical Oncology came out with a new warning in November underscoring associations between drinking and at least seven types of cancer. The relationship between alcohol and breast cancer has been particularly well-studied, with scientists theorizing that alcohol may increase estrogen levels and therefore feed breast cancer. Other research suggests that alcohol may disrupt DNA activity, potentially leading to cancers of the breast, colon, liver, mouth and esophagus. These risks may be even more severe if you have certain other habits, such as smoking and drinking hot tea.

The bottom line
There’s still a lot scientists don’t know about drinking, but the research clearly suggest that moderation is key. While it’s smart to cut back if your drinking veers into bingeing territory, there’s likely no reason to stop drinking if you do so in small amounts — just as you probably shouldn’t feel compelled to start sipping if you don’t already.