Share Gratuities? Federal Proposal Would Give Restaurant Owners Control Of The Tip Jar 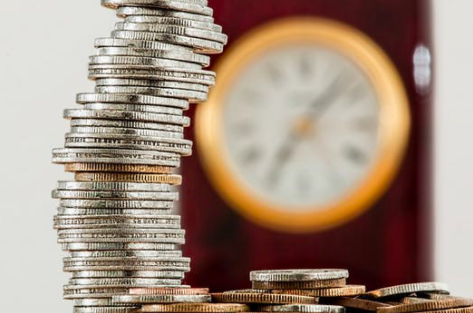 For many diners, the biggest question at the end of a meal is how much to tip. But for restaurant owners, the question of what to do with that extra 15 or 20 percent has become much more complicated and recently, controversial.

The Labor Department intends to rescind a 2011 rule that has prevented restaurant owners from sharing servers’ tips with kitchen staff, and California labor groups and business interests are at odds over the issue.

Proponents of the change say the revision could help restaurant owners better solve the income disparity between tipped workers, such as servers and bartenders, and kitchen or so-called “back of house” staff by allowing restaurant owners to redistribute tips to all employees — not just servers and bartenders. But many fear that solving the disparity in this way would come at the expense of workers by giving up their control of tips to their employers.

The Department of Labor announced the proposal at the end of 2017 and opened it up for public comment. Roughly 46,000 comments from Californians collected by worker advocacy groups were delivered in a symbolic action to the San Francisco office for the Department of Labor on Monday, the last day that public feedback could be sent.

The change, if adopted, might not mean much change in California. Under state law, restaurant owners are already allowed to compel their workers to share tips with those in the restaurant “chain of service” who interact with customers (servers and bussers, but not cooks or dishwashers), so long as the tip pooling policy is not used to compensate the owner, managers or supervisors.

As a result, local workers already have protection against what critics of the federal revision call “tip theft.” But that has not assuaged fears in California about the federal rule change or stopped Californians from weighing in support of workers across the country.

“I want workers to be able to keep their tips,” said Maricela Gutierrez, a former restaurant employee and current organizer with Restaurant Opportunities Center United. She noted that the proposal does not specify any way to ensure that restaurant owners would distribute the tips across its workforce.

California Attorney General Xavier Becerra, co-leading a coalition of 17 attorneys general, filed comments Monday opposing the proposed change in a letter that expressed concern both for workers in other states and about the potential impact of having different California and federal laws about tip ownership.

The letter calls on the Department of Labor to “limit the harm to employees” if it does indeed rescind the 2011 regulations by clarifying in the law that “tips may be distributed among restaurant employees only and not to employers.”

Sharokina Shams, vice president of public affairs for the California Restaurant Association, said the restaurant association would be okay with that sort of stipulation at the federal level, but emphasized that already under California law, employers are not allowed keep an employee’s tips.

“Federally, maybe it should be controversial, in states where an owner can keep tips, but in California, you can’t do that, so there should be little to no controversy,” said Ben Shahvar, who owns with his family the Buttercup Grill & Bar restaurants that have locations in Oakland, Concord, Walnut Creek and Vallejo. “If you can tip out the bartender or busser or hostess — anyone in the chain of service — what is the difference between a dishwasher and cook? Why is there a distinction?”

Restaurants handle tip sharing differently. A common approach is for staff to put in a percentage of their tips based on sales into a common pool that is then divided and distributed across other staff members. Whether sharing with kitchen staff will cut in to servers’ tips is largely up to the restaurant, owners say.

But the Economic Policy Institute estimates workers across the U.S. will lose $5.8 billion every year if the new rule goes into effect, and a study by the Restaurant Opportunities Center United and the National Employment Law Project found that the median share of hourly earnings that come from tips account for 58.5 percent of servers’ income and 54 percent of bartenders’ earnings.

A Bloomberg report found that the Department of Labor did analyze the costs of the change but decided against publishing the results because it showed an unfavorable consequence of the law — that tipped workers could lose billions of dollars per year.

Shawna Johnston-Knudson, a server at Massimo Ristorante in Walnut Creek, said she would not have a problem with including kitchen staff in the tip-sharing process, as long as servers can maintain control of their tips.

“Tips are shared with the bartender, sommelier, food runner — it would be easy to make the kitchen a percentage,” she said, but it’s best if there is a structure of sharing tips that’s agreed between staff and restaurant management, rather than, for example, handing over all tips to an owner or manager to then divide up.

Rocco Biale, who owns Rocco’s Ristorante Pizzeria in Walnut Creek, said opening up tip sharing to kitchen staff is crucial for solving some of the restaurant industry’s current economic woes.

“If we don’t find a way as an industry here in California to compensate the kitchen crew, we will see a landscape of non-service oriented restaurants,” Biale said. “For the full service restaurant to survive in this state, the tips must be shared.”