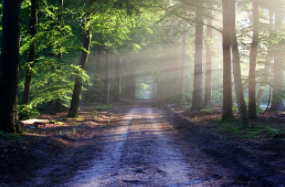 Tonnage approaching balanced supply as premiumization and deals continue, according to experts at Unified Symposium

Sacramento, Calif.: Economist Mike Veseth opened the general session of the Unified Wine & Grape Symposium on a very positive note, telling the audience of several hundred that despite challenges including a severe labor shortage and increasingly fierce competition from imports and within the United States, “The state of the wine industry is strong. It is moving forward from strength to strength.”

Veseth said that in 2016, the major concern was whether the economy would hold together, and it did. In 2017 the question seemed to be whether the politics would hold together, but, “The real story of 2017 was more than politics, more than economics, it was Mother Nature.” He noted how bad weather and fires in Europe had helped to bring world wine production to its lowest level in at least 18 years, and that California also suffered more than its usual share of fires and severe weather events.

Finding the sweet spot
Turrentine Brokerage president Steve Fredricks said the trend of premiumization will continue this year, with more grapes and bulk wine getting moved into $10- to $20-per-bottle programs, as there is weak demand for high-volume and value wines. Wineries continue to adjust grape sourcing to help offset increasing prices.

The Lodi AVA and northern interior valley is becoming a popular option to supply these wines if growers can meet certain quality conditions. The region is also supplying more grapes as blending components, so wineries can produce more darkly hued wines with specific oak profiles that have proved popular with consumers.

Fredricks noted the production of premium red blenders such as Petite Sirah, Petit Verdot, Malbec and Teroldego from Lodi has almost doubled from 2011 to nearly 80,000 tons in 2017. Lodi AVA Petite Sirah is currently selling for $5 to $6.50 per gallon on the bulk market. Production of such varieties also has nearly doubled in the same period in the North Coast, Central Coast and southern interior valley.

In early 2017, there were few grapes on the spot market, and those that were available quickly went under contract, causing prices to increase. Such a market has forced some wineries to change where they source grapes, Fredricks said, adding it may also mean they’re producing less wine for certain brands or having to stomach reduced sales growth.

France, Italy, Spain and much of South America saw wine grape yields that were less than normal, and Fredricks said he and his team have not seen any indications for major increases in grape or wine production in the global market. He said vineyard owners in Australia are pulling vines to plant more lucrative crops, similar to what is happening in California’s Central Valley.

Fredricks said a significant portion of the bulk wine market is held by wineries. Unlike the years after the recession, when many growers had crushed their grapes and were eager to sell the wine themselves, wineries tend to hold wine longer in tanks if they can, he said.

Chardonnay remains in high demand, and Fredricks said there isn’t much available. Sonoma County Chardonnay is priced $18 to $24 per gallon; Monterey is $13 to $16, and California is $7 to $9 per gallon.

Fredricks said there will continue to be opportunities for growth—especially with Cabernet Sauvignon and dark blends—but the industry is going to face greater competition from imports and have to deal with the increased cost of production. And despite consumers buying more expensive wines, it will remain challenging for wineries to increase prices.

Cabernet and Pinot on the coast

Jeff Bitter, vice president of operations for Allied Grape Growers (AGG), delivered results of his company’s annual nursery survey. Ten of the largest grapevine nurseries in California anonymously contribute data for the survey, revealing what varieties will be coming online in the next three to five years and where.

Bitter said that if he had to summarize his presentation, its synopsis would be: “People are planning Cabernet and Pinot Noir,” mirroring Fredricks’ statement that Cabernet will see a boost as older vineyards are replaced with denser plantings and less popular varieties are replaced with Cabernet.

According to the AGG survey, growers’ emphasis on Pinot Noir and Cabernet is coming at the expense of white varieties. “It means there is a huge opportunity in this segment of the market,” Bitter said.

Grapegrowers are replanting an average of 2.5% to 3% of total California vineyard acreage per year, which is about equal to the attrition rate for a 40-year vineyard cycle. “The number of acres has been climbing since 2012,” Bitter said. “But in 2017 it flattens out, and our bearing acres in the future are going to flatten out.”

A few years ago, AGG said growers in the central San Joaquin Valley would have to pull out 36,000 vineyard acres in order to achieve supply and demand equilibrium, and about 75% of that goal has been met. Bitter said the region’s strengths are floral varieties, off-dry and semi-sweet wines, as well as red wines prized for their deep color.

In the northern valley including Lodi, which has worked to promote its Zinfandel wines, Bitter praised a new trend for Sauvignon Blanc, which will see production in the region increase 23% by 2020 as Zinfandel plantings fall 11%. Red blending varieties such as Petit Sirah and Teroldego are also popular plantings, according to grapevine nurseries.

Sauvignon Blanc is also a popular planting choice for coastal California growers, according to Bitter; he called the region’s planting rate “very manageable” and said growers shouldn’t have a problem finding buyers for their grapes.

Compared to the Central Valley, coastal California growing regions produce a relatively small amount of wine grapes, but they are responsible for the popular premium wines that continue to grow in popularity. “While it might be a small segment, it’s where the growth is, and that’s exciting,” Bitter said.

Will the deals continue?

Mergers and acquisitions specialist Mario Zepponi said deals greater than $10 million each totaled only $410 million in 2017, compared to the record-setting $2.4 billion seen in 2016. The founder of Santa Rosa, Calif.-based Zepponi and Co. expects moderate M & A activity to continue this year, since the market forces that have been driving it during the past few years are still at play.

Experimentation by consumers, he said, created growth in craft beer, craft spirits and cannabis sales, and that’s one reason Constellation Brands has diversified into those three areas via acquisitions and investments. Experimentation also drove the alcoholic beverage giant to buy brands including The Prisoner, Charles Smith, Meiomi and Schrader in recent years.

Zepponi contrasted the mid-2000s, when many deals by the “big three” companies were focused on brands selling for less than $10 per bottle, to the current period, when M & A is largely about premiumization and brands priced $15 and above. In a recent 18-month period, E. & J. Gallo acquired a large production facility in Napa Valley (The Ranch Winery), the largest contiguous vineyard in Napa Valley (Stagecoach Vineyard), and the high-end Orin Swift wine company to build its luxury-level portfolio.

This consolidation is important to keep the big winery companies growing and in step with the same trend in the wholesale and retail tiers. But Zepponi said, “If there is one issue that is a challenge to independent wineries, it is consolidation.” He suggested that smaller wineries should look at the example of Bread & Butter wines, owned by WX Brands, which chose a strategic distribution plan that targeted the Northeast states instead of the whole country, and the Northeast now buys two-thirds of its total volume. Further, 65% of Bread & Butter sales there come from independent, off-premise accounts served by relatively small wholesalers.

Trends Zepponi is watching now include a continued influx of foreign investment and the emergence of California’s Central Coast, Oregon and Washington state as sources for high-growth brands. He also noted that the rising prices of vineyard land and grapes conflict with the ongoing difficulty of raising wine prices. His prediction? Something will have to give. “Either vineyard and grape prices will come down or the bigger wine companies will push through higher prices.”

Danny Brager, vice president of the alcoholic beverage practice for The Nielsen Co., said whatever economic uncertainties exist, the outlook is positive. “The tailwinds pushing us forward outweigh the challenges,” he told the audience.

Brager pointed to preliminary data released last week by Gomberg, Fredrikson & Associates. While growth in the number of cases sold last year was approximately half that of 2016, at 1.3%, California wineries saw above-average performance, with case volumes rising 2.1%.

While consolidation is shrinking the number of neighborhood bars, brick-and-mortar retail outlets and distributors handling product, consumers have more opportunities to buy wine than ever before. The total of wine-selling locations in the United States now numbers 565,000 (up 120,000 from a decade ago) with sellers everywhere from dollar stores and fast-food outlets to theaters and online. Moreover, when it comes to on-premise sales, 83% of wine sales occur in restaurants—a good place to be, as consumers increasingly opt for the convenience of eating out during good economic times.

The trend to premiumization is supported by a strong economy, but Brager says it also faces headwinds. High-frequency wine consumers are drinking more, but consumption by occasional drinkers is shrinking. Moreover, the sizeable millennial cohort doesn’t necessarily have the income needed to fill the shoes of the aging baby boomer generation.

Brager pointed to figures that indicate just 27% of millennials earn more than $75,000 per year, and around the same amount make less than $25,000 per year. They’re also not embracing direct-to-consumer shipments as much as the boomers, meaning wineries could see a lag before millennials are fully contributing to wine sales.

“They’re going to be around for a long time,” Brager said of the millennial generation, suggesting the group has plenty of time to contribute to the industry’s growth.