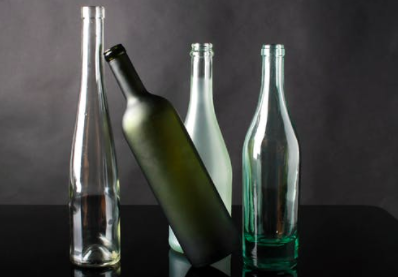 After state regulators, probably wine retailer complaints are aimed at distributors the most, especially when it comes to discount deals. For various reasons, some deals don't readily appear in distributor price sheets and those that do sometimes don’t make it into the hands of all customers, like small restaurants and mom and pop retailers. But even if the deals are presented, the discounts may require too much investment in inventory for many restaurants and small retail shops to take advantage.

According to Bjoern Lanwer, owner of the Alabama-based BevDeals, his relatively new online platform promises every distributor discounting deal available for every restaurateur and retailer to see and to partake.

Regular Deals are the same ones distributors offer on the paper sheets their sales representatives take on their routes and present at restaurants and retail shops.

Flash Deals are deals available online and for a limited time only, in a market blitz open to all accounts.

Lot Deals are collective buying opportunities. For example, a distributor’s ten-case deal can be divided into lots, say five lots of two cases each. Separate accounts get to commit to lots. The advantage of Lot Deals is that it gives small retailers with limited resources the same price that large retailers pay when they buy the greater quantity. Another advantage is that retailers sharing in Lot Deals need not be located within a specific territory—they can be scattered all over the state.

Unfortunately, varying state regulations make some of what BevDeals offers challenging. For instance, some states do not allow Flash Deals and some states do not allow Lot Deals. In some states, prices must be submitted to the regulators as much as a month before distribution. Lanwer says, “An online overview of deals, push notifications and chats with winemakers will make a difference in those states.” Lanwer doesn’t see these challenges as much of a roadblock. Enough states accommodate his business plan.

Once a restaurateur or retailer orders a distributor deal online, BevDeals’ platform initiates an order entry with the distributor and sets up delivery instructions to any part of the state. This function adds another advantage: restaurants and shops in outer locations who may not receive frequent regular sales visits are allowed in.

Lanwer claims everyone in the three tier system benefits.

He points out the first tier of wineries, importers, and brands have the opportunity to see in real time how their deals are performing. Through live streams, they have direct interaction with the third tier to answer questions and engage in general dialog. In the second tier, he says distributors benefit via push notifications within minutes after “send” is clicked. This method ensures the deals are offered efficiently and effectively—to every customer. For the third tier Lanwer says buyers in restaurants and retail shops can say goodbye to hours sitting with sales reps. They can look for deals online when their schedule allows, any time of day, and they don’t have to worry about potentially missing the best deals because the sales rep failed to show the deal.

BevDeals and the sales rep system operate simultaneously today, but Lanwer believes his service will become, “The marketing and sales platform for the beverage industry.”

When asked what happens to sales rep commissions whose accounts buy from online deals Lanwer said, “BevDeals is a support tool, not a competitor.”

Still, BevDeals just may be an interruption model. Today, distributors pay BevDeals a set fee for its support. But Lanwer also says, “We are looking at a sales based model as well.”

In any event, the claims BevDeals makes do not apply to consumers. Despite the opportunity for every distributor customer to take advantage of wine discount deals, it's up to restaurants and retailers whether or to what extent the discounts are applied to consumer prices.