Jefford On Monday: To Cru Or Not To Cru 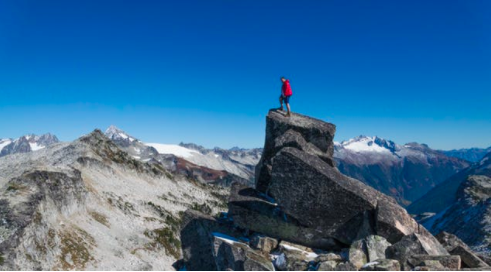 Priorat is going for it; Sancerre is holding back. Andrew Jefford considers the two approaches.

Driving licence, passport, voting card: these are the familiar symbols of human adulthood. Might, though, wine regions come of age? If so, what would symbolize that?

If my recent travels are a guide, many wine regions only consider themselves adult when they can boast a cru system of their own. When, in other words, certain zones, villages or vineyards are plucked from the mass for elevation: the badge, it’s felt, of a ‘real region’.

Burgundy’s famous pyramid (regional appellations, village appellations, Premiers Crus and finally Grands Crus) often glimmers, grail-like, as the model to follow, despite the fact that it is too elaborate for most regions. This is, nonetheless, the route that Priorat intends to follow: the first Spanish region to embrace internal classification to that extent. (See the end of this blog for a full description of the proposed system for Priorat.) France’s Sancerre, by contrast, has often considered the institution of a cru system, but so far has held back. Why? What’s at stake? What are the pros and cons?

The view from Priorat
The Priorat DOCa regional chairman, Salus Álvarez, gave me a practical justification for the region’s pursuit of its new system. “We have a lot of small cellars producing just 40-50,000 bottles a year,” he said. “We have to find a way for them to make a living, and the best solution is a focus on terroir. Moreover it is easy for us to do that, as we have no large producers here to placate. But we realize that total traceability of every product in every year is vital. We have invested a lot in that; it was only because we are so tiny that it was possible. Wine is a product which can take the name of your vineyard all over the world, with all the prestige and renown which goes with that. That’s what we need. It means that a small grower can then live from a few hectares of low-yielding vines.”

Opinions about the merits of the system in Priorat are mixed. Some, like Jordi Vidal of La Conreria, were firmly in favour of it: “there are some vineyards here that just have to be made alone. The only challenge is that it takes 20 years to discover where they are.” Others, though broadly welcoming, had reservations. “A Grand Cru for a Garnatxa will never be the same as a Grand Cru for a Carinyena,” pointed out Sara Pérez of Mas Martinet. “I’ve worked with fruit from different villages,” says Sandra Doix of Mas Doix, “and it’s true that there are differences. But what really matters is the winemaker’s spirit, and you can’t regulate for that.” “We need more time,” suggests Pérez. “For me, it’s a copy of other regions. It needs to reflect our reality, or it will never be true.”

The view from Sancerre
The quality revolution is so recent in Priorat that you could argue, with Pérez, that the institution of such a detailed system is premature – yet the experience of Sancerre, in fact, suggests the opposite: that early legislation is desirable. “The question of crus has been posed many times,” Alphonse Mellot Jnr told me recently. “But we all work very well together in the region at present, and if you introduce a cru system that will no longer be true.” Luc Prieur made the point more forcefully. “A vineyard isn’t just a vineyard; it’s also the man or woman who looks after it. If you classify now, you will write a huge cheque to people who never worked hard, who never did anything for the region, whereas some of those who have worked very hard may get nothing at all.” With hindsight, the 1950s might have been the perfect period to classify Sancerre’s best sites, since the stakes were much lower then. The stakes are now so high that instituting a cru system faces the ultimate political challenge: that of mollifying losers as well as rewarding winners. This, of course, is why expanding Champagne’s growing zone is such a headache, and why the regular revisions of St Emilion’s classification system chiefly benefits lawyers.

There are other reasons, too, to believe that the existing use of lieu-dit names on labels may actually be more beneficial in practical terms to Sancerre than a fully-fledged, legally sanctified cru system, as an outstanding 2017 Master of Wine dissertation paper, that of Catherine Petrie M.W. of the UK merchant Goedhuis, makes clear (see the end of this blog for details).

Now consider what might change were an official cru system to be instituted. Petrie uses Alsace as analogy, where the Grand Cru regulations require a maximum yield 31 per cent or 25 hl/ha lower than for AOP Alsace; she also shows that the cru systems of Quarts de Chaume, Coteaux du Layon, Cairanne and Chablis, as well as the proposed system for Pouilly-Fuissé, require lower yields. (As, by the way, does Priorat’s system – see the end of this blog.) Were Sancerre to adopt reductions similar to those which operate in Alsace, the price uplift would fall to just 17 per cent: a considerable disincentive to classifying.

There may be other advantages to the existing system, too. At the moment, lieu-dit names can be used providing they exist in the local land register (le cadastre) and the grower can prove traceability. This is administered under the code rural by local customs officers but not, significantly, enforced by the INAO; it is, in effect, optional. Grower honesty is therefore paramount since, as Petrie points out, the dishonest might “flout this requirement without reprisal”. The situation is even more fluid when it comes to the entirely unregulated use of terroir terms like ‘silex’ (flint) or ‘caillottes’ (limestone pebbles). As Petrie once again points out, silex “is the least dominant of the major soil types in the region”, but it is also “clearly the most popular soil name used” in this way. Classification would require rules, with inspection and justification; not every grower would welcome this.

It’s also possible that classification may not aid comprehension
Salus Álvarez made the point that classification fosters the global esteem of a region, and helps consumers to understand a region’s nuances. Sancerre, though, already enjoys enviable global esteem: it exports 60 per cent of its production to 124 countries, and the quality of installations in leading Sancerre leading growers’ cellars testifies to the region’s prosperity.

It’s also possible that classification may not aid comprehension. I fear that the amount of fierce Catalan verbiage which the new Priorat system will put onto labels may puzzle and bemuse as much as enlighten. The Catalan word for village (‘vila’) may sound to non-Catalans like a villa or a house; ‘paratge’ is a mouthful; and ‘vinya’ (vineyard) may sound to non-Catalans like a word for wine itself.

The conclusion, then, is that the benefits of the adoption of a cru system are not automatic and uniform. My soundings in Sancerre, and the carefully assembled data from Petrie’s paper, suggest that classification there is unlikely, since the status quo works admirably well for most. Priorat’s ambitious system may help a region where the economic stakes are, for the time being, lower than in Sancerre – though a considerable educational push will be required, and the system is never likely to eclipse the force of the individual grower’s name.

Priorat’s proposed classification
Priorat already has ‘village wines’ – look out for the term Vi de Vila on labels (35 wines used this term in 2017) plus the name of one of the 11 villages which make up the DOCa as well as ‘Masos de Falset’ for the Falset Priorat vineyards (Falset itself lies in Montsant). Vi de Paratge might be the next term up, for wines from a locality or zone which is smaller than a village but larger than a single vineyard. Vi de Vinya would be single vineyard wines, roughly equivalent to Premier Cru, and Gran Vi de Vinya for Grand Cru-level wines. Each level of the classification would require a reduction in yield from the existing DOCa limit of 6,000 kg/ha: 4,000 kg/ha for Vi de Paratge and Vi de Vinya, and 2,500 kg/ha for Gran Vi de Vinya. Vines would have to be at least 15 years old for Vi de Paratge, 20 years old for Vi de Vinya and 35 years old for Gran Vi de Vinya and, significantly, this final category will only be available for wines based on Garnatxa or Carinenya alone.