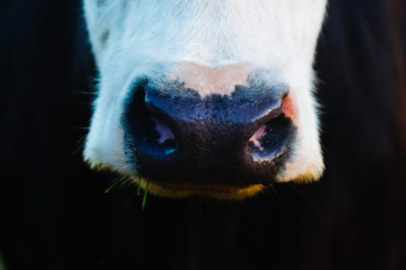 This is why we can’t have nice things: One of life’s most delicious and popular kinds of meat, grass-fed beef,  is facing a new danger. The very “grass” it literally can’t exist without is suddenly far less nutritious than it ought to be. Researchers aren’t 100 percent sure why, but evidence strongly suggests that American industry has polluted the environment to the point that the bazillion species of grass growing everywhere from Texas prairie lands to the Great Plains are morphing into nutritionless clumps of sodlike matter.

It’s a problem made worse by the fact that demand for grass-fed beef only keeps climbing: Sales in 2012 hit $17 million, but last year’s topped out at 16 times that amount — $272 million. And they’re estimated to keep growing, to account for almost a third of the market within ten years. Ranchers fear that a nutrient shortage will affect their livelihoods as well as consumers’ expectations about their burger or sirloin’s taste. To get to the bottom of it, NPR says ag researchers studied “somewhere on the order of 50,000 cow pies” (yes, like their poop) that were collected around the U.S. between 1994 and 2016. They found that the amount of crude protein in grass — an important growth factor — has slipped by almost 20 percent, a development they tie to the atmosphere’s rising carbon-dioxide levels, and to the industry’s corner-cutting tendency to raise even “grass-fed” cattle on feedlots, rather than letting them graze in prairies that in turn get fertilized by their manure.

The consequence is, grass-fed cows aren’t putting on weight like they once did. Grass with more carbon dioxide in it grows bigger, but this hurts the relative proportion of nitrogen, which grass needs to be nutritious. Scientists predict that if things don’t change, it’s just a matter of time before prairies “simply don’t have enough protein to support grazing.”

Disconcertingly, beef producers seem to have already settled on a solution if a grass-fed doomsday scenario arrives — per NPR, they plan to “dump huge amounts of nitrogen across the Great Plains.” Call it far-fetched, but it’s possible that this type of thinking is why the grasslands are so nutrient-poor in the first place.