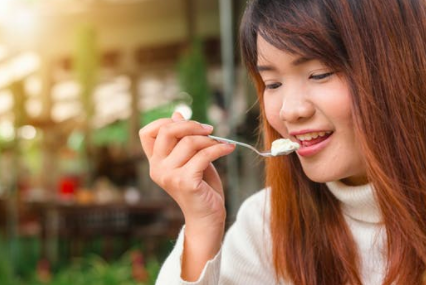 Life moves pretty fast. Power lunches are out, and who sits down to a formal dinner these days? In the next year, expect more restaurants where mealtimes are mutable and noshing is the new dining

THE WRITING had been on the wall for months regarding Perla, the grandest of Gabriel Stulman's five New York restaurants. It was a place where you could sink into a red leather banquet and feast on bible-thick pork chops and handmade beef-cheek agnolotti-if you were lucky enough to get a table. When Perla opened, in 2012, it was spoken of as a new classic, but by 2015 business had begun to cool. A move to a prime corner in the West Village the following year bumped trade up at first, but soon enough Perla was losing money. Traffic was down, and the costs of running the place-with its reliance on an army of cooks to execute labor-intensive recipes, an ample wait staff and pricey ingredients like foie gras and dry-aged beef-began to seem increasingly untenable. "We had a couple of choices," Mr. Stulman said. "We were either going to run Perla into the ground or pivot."

Pivot they did, into a more casual, all-day dining format you'll be seeing more of in the coming year. This new wave of restaurants is not defined merely by long, uninterrupted opening hours; diners and brasseries have those, too. They're set apart by their genre-bending flexibility, the way they're engineered to cater to those seeking everything from coffee klatsches to salads on the go to sit-down dinners. Their menus are flexible, too, and affordable enough to encourage multiple visits per week-yet sufficiently polished to appeal for an evening meal. They defy definition as cafes, fast-casuals, coffee shops or bars, but borrow aspects of many of those formats to sync up with the rhythms of contemporary life.

In July, Perla became Fairfax, which might best be described as the love child of a wine bar and a high-end coffee shop, supplying West Villagers with their 8 a.m. cappuccinos, late-night glasses of Pappy Van Winkle bourbon and everything in between. Long opening hours suit Mr. Stulman, who operates two other restaurants in the neighborhood that offer breakfast, lunch and dinner. Fairfax, though, takes the all-day ethos to the next level. Perla's handsome banquets and walnut tables have been replaced by décor suggestive of a Pinterest-perfect living room: slouchy leather couches, midcentury arm chairs, rumpled kilim rugs and many, many succulents. Fairfax's menu transmits the same casual, eclectic vibe. In the morning, you'll find slabs of chocolate-chip banana bread, grapefruit dressed with mint and honey, and, of course, avocado toast. In the afternoon and evening, an extensive list of wines by the glass complements a short menu of "plates," unfussy but finely constructed dishes that don't overly suggest the commitment an official meal requires: a bowl of olives; saltines and blue fish pate; four little hillocks of salami with grilled bread and mostarda. Most items cost under $20.

What's going on at Fairfax is happening across the country. At Austin's Elizabeth Street Café, coffee and ham-gruyère croissants lead into steaming bowls of pho available from 11 a.m. until "late." Brider, in Denver, melds a takeout-friendly menu of sandwiches and rotisserie meats with a serious cocktail program.

I first encountered this style of restaurant at Gjusta, which opened in 2014 in the Venice neighborhood of Los Angeles and offers everything from kale smoothies to bialys piled with house-cured gravlax to-after 5 p.m.-an excellent steak au poivre. The easygoing nature of the whole equation fits well with the prevailing local lifestyle, and Gjusta has become something of a neighborhood canteen.

Now the all-day restaurants are coming fast and thick. In early 2017, within the span of two months, New York saw four high-profile openings in this mode. The chefs Daniela Soto-Innes and Enrique Olvera followed up their acclaimed fine-dining restaurant Cosme with Atla, a breezy Mexican café where two simple menus span the hours of 8 a.m. to 11 p.m. Jean-Georges Vongerichten opened a veganish all-day café called abcV. Danny Meyer debuted Daily Provisions, upon which the entire Gramercy neighborhood now seems to descend for coffee and egg sandwiches, hot-from-the-oven loaves and midafternoon Wi-Fi fix. And the Danish restaurateur Claus Meyer, who had opened both Great Northern Food Hall and the upscale Agern restaurant in Grand Central Terminal the year before, partnered with the Swedish chef Fredrik Berselius to open Norman, serving breakfast through dinner in Greenpoint, Brooklyn. In 2018, New Yorkers can look forward to Pisellino, an all-day Italian café from the chefs Rita Sodi and Jody Williams, planned for January or February. Chad Robertson and Elisabeth Prueitt will bring a massive second location of their San Francisco culinary workshop-cum-restaurant Tartine Manufactory to downtown Los Angeles in the spring. This, along with the summer arrival of Tel, from Jessica Koslow of the influential all-day cafe Sqirl, rate as two of that city's most anticipated openings of the year.

It's been five years since Ms. Koslow opened Sqirl and made a luxury of toast; the line still snakes out the door. She said she's been surprised to find that 30% of her business is take-away. At Tel she'll complement traditional dinner service with a pay-at-the-counter breakfast-and-lunch operation in the same space. "It's a moment where the economics of a restaurant are coming down to providing craveable dishes that people remember, and want, not only when they go there but also in their own homes," she said.

The drift toward the all-day model can be seen, at least in part, as a concession to those increasingly harsh economics. With rent and labor costs climbing, expanding hours of operation helps bring more cash in the door. "I think in a very competitive restaurant landscape it is not super logical to have a restaurant that's empty for a large number of hours," Claus Meyer said. At Norman, the lunch menu changes daily to allow repurposing of ingredients that might otherwise go to waste, which also keeps costs under control.

Fine-dining veterans see diners' changing habits driving the move away from the more formal trappings of meal service. In June, baker Melissa Weller and chef Daniel Eddy, both from white-tablecloth backgrounds, opened Walnut Street Café in Philadelphia, where the day begins with baked goods and sandwiches, which can be ordered to stay or to go, and shifts into waiter-service dining in the evenings. Ms. Weller began her career at Babbo, the West Village Italian restaurant that exuded all the excess and indulgence of the late-90s dot-com bubble into which it was born. She's since found that such restaurants don't attract the regular customers that once made them viable. "People don't come back again and again to the same place for dinner as often as they used to," Ms. Weller said. "So the model is changing a little bit."

According to Bonnie Riggs, a restaurant-industry analyst for the NDP Group, Ms. Weller's observation bears out across the industry. "The dinner meal occasion, especially for full-service restaurants, has been declining for years," Ms. Riggs said. But breakfast visits are on the upswing, and demand for delivery and take-out across all meal periods is surging.

Ms. Riggs stressed that for today's eaters, convenience and choice are "extremely important, and growing exponentially." All-day concepts will go to remarkable lengths to accommodate these values. Want to come in for a coffee and Wi-Fi? Great. Interested in a midmorning snack of hummus and tea? Sure. Sandwiches to go? We have those, too. At a Fairfax or a Norman, the model of the chef-driven restaurant-with its tasting menus, elaborate dish descriptions, "the chef prefers it cooked rare"-seems remote.

Jean-Georges Vongerichten, who's demonstrated a talent over the years for opening restaurants that capture the culinary zeitgeist, told me he designed abcV with millennials in mind. The menu language is intentionally concise, and meals can be assembled to suit any hour of the day, any level of hunger, any dietary restriction. At abcV, for the first time in Mr. Vongerichten's 40-plus-year career, he has included a take-out counter. "People want convenient and fast," he said. "There's less time today. People still go to restaurants for a full-service meal, but you can't just be open for two hours for lunch and three hours for dinner. You have to be more flexible."