What The Hospitality Industry Is Doing To Help Ukraine 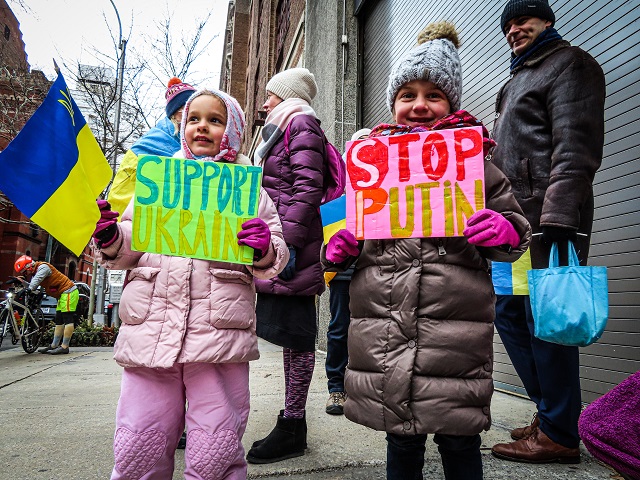 Within hours of Russia’s invasion of Ukraine, restaurants and relief organizations across the globe had already sprung into action. In a show of solidarity with the Ukrainian people, these businesses and nonprofits have been working around the clock to raise money and feed those who have been impacted by the violence.

Shortly after the invasion began, it became immediately clear that a humanitarian crisis was imminent. According to the United Nations, more than 660,000 Ukrainians have fled their homes in search of safety as war rages in their country. Countless others have stayed in Ukraine, vowing to defend their homes against the occupation. “You will see our faces,” Ukrainian president Volodymyr Zelenskyy said, directing his words at Putin. “Not our backs.”

Much of the world has thrown their support behind Zelenskyy and Ukraine. From José Andrés’s World Central Kitchen, which was on the ground in Poland within hours of the invasion, to global fundraising network Bakers Against Racism, here’s a look at what the U.S. hospitality industry is doing to support — and feed — people in Ukraine during this crisis.

World Central Kitchen, the nonprofit food relief organization operated by chef Andrés, announced that it would be on the ground in Poland within hours of the Ukraine invasion. The organization is currently situated near a “24-hour pedestrian border crossing” in Poland, and feeding thousands of Ukrainians as they flee the country. In Korczowa, the organization teamed up with food truck Oh My Ramen, which is operated by two Ukrainians who live in Poland, to serve hot meals at an accommodation center set up to house refugees, some of whom walked hours after fleeing their homes. Upon arriving in the Polish village of Medyka, World Central Kitchen served upwards of 4,000 meals in just 18 hours.