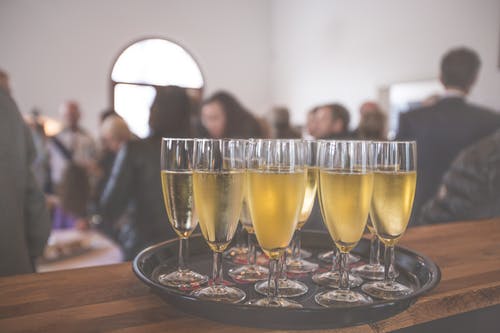 If you get a bad taste in your mouth when you hear the name Joe Manchin – the fossil fuel industry-backed senator from West Virginia who torpedoed his own party’s “Build Back Better” bill just before Christmas – you might want to reach for a glass of something to wash it away.

Given that it’s New Year’s Eve, there’s a reasonable chance you’re guzzling a glass of prosecco, which now accounts for just under half of all bubbly drunk globally. While this may take the taste away momentarily, there’s also an odd thing about prosecco I want you to consider. How that glass of Italian bubbly came to be in your hand gives us a window into understanding how a Democratic senator can derail a multitrillion dollar climate-focused national programme that promised huge amounts of money for his own state.

No, really. Stay with me here.

The stories of prosecco wine and West Virginia coal are classic examples of a regional “growth model”. Growth models describe the “how we make money” bit of an economy, plus the political and electoral coalition that supports it. Think of all the social, political and regulatory structures that build up over time around making and selling a certain good, and all the folks whose jobs and incomes depend upon it.

Think of Germany and car exports. From workers to unions to production hubs, to supply chains, to institutional investors, there is an entire ecosystem that supports this way of making a living and the identities and interest it supports. When that is challenged, those who benefit from the model do not sit idly by. Now think of Treviso, Italy, where they make prosecco.

Last year a sociologist called Stefano Ponte unpacked the growth model behind prosecco. Prosecco was first bottled in 1924, but it was not until the early 2000s that anglo-millennials got a taste for the stuff and global demand blew up. Prosecco was defined at the time by the grape used to make it, glera, and not by its place of origin (like how all “real” champagne must come from Champagne), which meant that the brand was not protected. In fact, the actual village of Prosecco was about 150km away from the main growing areas and had never grown the grape that makes the drink.

Some enterprising British importers wanted to stick as much prosecco as they could into bottles, which would have taken control (and value) away from local producers. Rising to defend the “prosecco miracle” as it was called, the then minister of agriculture, Luca Zaia, a member of the rightwing La Lega party, expanded the “denominazione d’origine controllata DOC” to cover the distant village of Prosecco, which gave this rather generic product a claim to geographical exclusivity.

That in turn paved the way for a successful Unesco world heritage claim a few years later, further cementing the region’s claim to the product. The result was a major expansion of production, and prosecco hit €500m in sales in 2019. In short, those who benefited from the growth model rose to defend it.

But there were other challenges to this success. This massive expansion of production brought challenges from environmentalists – wine is essentially an agribusiness – and from local residents. But those who benefited from the growth model again leapt to defend it, this time by painting the industry as an example of small-scale, pastoral sustainability – part of a high-end wine-making tradition going back centuries.

In fact, as the historian Brian Griffith details, this pastoral and authentically local framing of Italian wine was originally a project of the fascist period. After the first world war, Italy was saddled with vast overproduction of low-quality domestic wines and enmeshed in a moral panic over working-class drunkenness. Wine industry interests close to the government of Mussolini sought to make Italian wines articles of middle-class consumption and a source of national unity. And they used state-backed mythmaking to do so.

Medical authorities stressed “the advantages of responsible … wine consumption”. National exhibitions of regional wines were sponsored by the state. Indeed, the whole idea of “gastro-tourism” in Italy was invented in the 1930s by the wine lobby. As Griffith puts it, “the roots of today’s … Italian wines stretch back not to antiquity … but … to the interwar years”. The result was the development of an agribusiness growth model. The prosecco story a century later was just one more turn of this wheel.

Now what does all that tell us about Manchin and West Virginia?

The Democratic party story on Manchin and West Virginia was that coal was a dying industry, it employed few people and Build Back Better provided a way out. It was simply a question of giving Manchin enough “sweeteners” and it would eventually pass. But Manchin first vetoed the “clean electricity” provisions of the bill and then ran down the clock long enough to kill it. Why did he do this? Because his job is to defend the growth model against challengers, just as it was for the folks in Treviso.

Growth models are hard to change. Those who profit from them fight to defend them. From Alaska to the Dakotas, to Texas and Louisiana, the core of the GOP electoral coalition, all these states have carbon-heavy growth models. Like the Italian wine industry, they are a creation of the state in the 20th century. They are embodied with myths and are supported by powerful coalitions. Few in Treviso are keen to dismantle the prosecco growth model. Why should West Virginia, and with it the other carbon states of the US, be any different?

By Mark Blyth
12-31-2021
Source and complete article by: theguardian.com