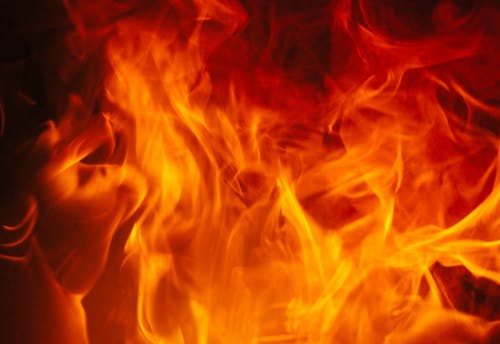 Caleb Ganzer, a former Food & Wine magazine sommelier of the year and partner in a well-known Manhattan wine bar, is now charged with arson.

In the dead of night, a slim man with long hair crosses a dark, deserted Manhattan street. He is holding a lighter in his right hand as he approaches a wooden dining shed of the type that has sprouted up throughout New York City since the pandemic began.

He flicks the lighter beneath a napkin dispenser attached to the structure's one end, igniting a small flame. He then walks around to the opposite end of the shed and does the same thing to the napkin holder there before strolling down the block.

The seemingly innocuous act of setting fire to a building, as captured on security camera footage, is startling enough. Even stranger is the suspect: a celebrity sommelier with a stake in a popular Lower Manhattan wine bar.

Caleb Ganzer, the sommelier, was arrested and charged with two felony counts of arson and several other offenses on Wednesday in connection with three fires, including two at outdoor dining sheds in Manhattan.

Mr. Ganzer allegedly started the fire seen in the video at a structure owned by Prince Street Pizza shortly before 3 a.m. on July 13. He set fire to a dining shed outside Forsythia restaurant on Stanton Street shortly before midnight in January, officials said. Additionally, he is charged with starting a trash fire in June at the corner of Broome and Centre Streets.

The fires damaged both sheds, particularly Forsythia's, but no one was injured, officials said. Nonetheless, fire commissioner Daniel Nigro stated in a statement that "every arson act has the potential to spread rapidly, endangering the lives of New Yorkers."

Fire officials made no indication of why Mr. Ganzer, 35, may have started the fires. It was unclear whether he was represented by a lawyer. He did not return phone calls or text messages, and he did not answer the door at his residence. Shortly after the charges were announced, his social media accounts were deactivated.

By Roni Sianturi
07-29-2021
Source and complete article by: mebere.com