Grubhub Is Not Biting At Uber's Takeover Offer Yet 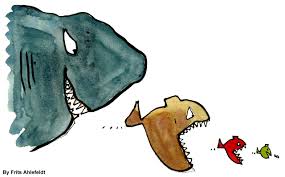 Grubhub isn’t biting at Uber Technologies’ offer to merge yet, but the two companies are still talking about a potential tie-up.

The two companies continued their merger discussions through the weekend, with each side seeking to determine the price of a deal that would bring together the two most-ubiquitous names in the meal-delivery business, The Wall Street Journal reported, citing people familiar with the negotiations.

Grubhub CEO Matt Maloney spoke to Uber CEO Dara Khosrowshahi Sunday and indicated that Uber’s latest offer of 1.9 of its shares for each Grubhub share was too low, the Journal said.

Khosrowshahi said he might be able to increase the offer to 1.925 Uber shares, but that is still well below the price Grubhub had been seeking, according to the Journal. Grubhub previously had proposed an exchange ratio of 2.15 Uber shares per Grubhub share, which Uber rejected.

Rumors of a potential tie-up first emerged last week, with Grubhub shares surging some 30% after reports that the two companies were in talks about joining forces first began to percolate. That was followed by a proposed $750 million, five-year note offering by Uber, presumably to assist it in financing a potential deal.

Some analysts think the price could go even higher. Barclays analysts said in a research note last week that they see Grubhub fetching as much as $75 a share.

There is no guarantee the companies will reach an agreement on a price, and once they do there are still other items to be negotiated for a deal that would combine Grubhub with Uber’s food-delivery unit, Uber Eats, the Journal said. Even if the two sides do strike a deal it likely takes some additional time to seal, the Journal said.