This System Can Serve The Same Beer At Different Abvs 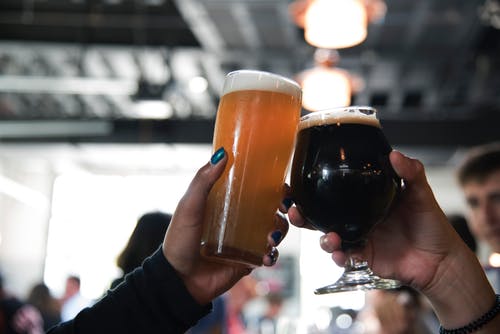 "Alcohol By Choice" combines a non-alcoholic beer base with any amount of flavorless alcohol.

One of the key characteristics beer judges look for is ABV. But how do you train your palate to discern different levels of alcohol? The answer is surprisingly simple: You start with a category-defining beer—like Sierra Nevada Pale Ale—and then you add grain alcohol to raise the ABV and taste the differences. Sure, it’s not the most elegant way to make a stronger brew, but it works. And now, a Colorado company is looking to unleash a similar concept on a larger scale, allowing breweries so serve up a single beer at variable levels of alcohol.

BrewVo by Sustainable Beverage Technologies has been testing a system called “Alcohol By Choice,” allowing breweries to create “world-class craft beers available either with or without the alcohol.” According to The Colorado Sun, this “ABC” system starts by brewing a concentrated non-alcoholic beer using BrewVo’s patented process. This N/A beer concentrate is then packaged alongside a packet of neutral-flavored alcohol, and then poured through a “NexDraft Tap System” which also adds carbonated water. By dialing in the flow from the alcohol packet, the server can adjust the ABV of the beer that comes out of the tap.

“It’s the exact same beer, same exact batch, but just by the way it is dispensed, the brewer can offer that beer at a variety of ABVs,” Sustainable Beverage Technologies’ Founder Patrick Tatera told The Sun.

However, though the N/A beer and the higher ABV beer may be the same, these two beers are different than a traditionally brewed beer. Colorado’s Tommyknocker Brewery has reportedly been testing the ABC system by offering BrewVo-brewed versions of their Blood Orange IPA at both 1-percent ABV and 5-percent ABV, compared to the normal in-house version which is 6-percent ABV. Steve Indrehus, Tommyknocker’s operations director, admitted to The Sun that despite a “really encouraging first run,” the varying ABV versions are not yet as good as the original since using a non-alcoholic base will never be the same as just brewing the beer itself.

That said, the “not as good as the original” problem isn’t as much of a problem if people don’t know what the original is supposed to taste like. And BrewVo has its own brand—called Neologik Brewing—that offers styles like an amber, a wit, and an IPA both with alcohol and without. So whether Alcohol By Choice is the next big thing is still yet to be seen, but it’s certainly an emerging concept worth keeping an eye on—especially if you’re indecisive about your levels of alcohol consumption.