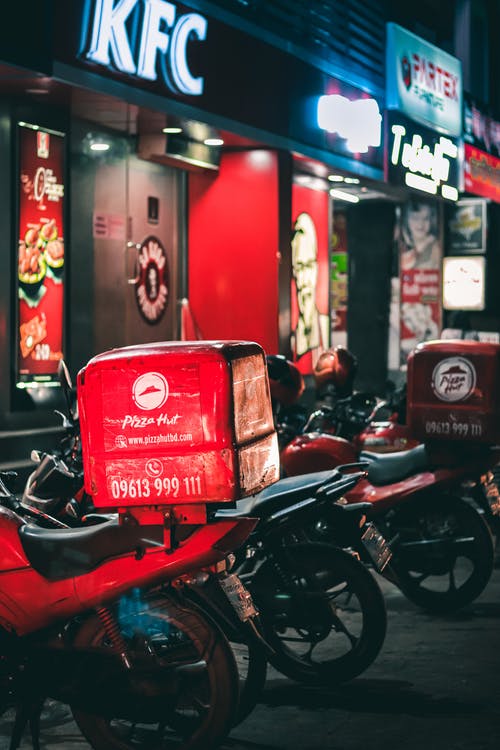 Grubhub told Restaurant Dive that it connected with Yelp previously about how its non-partner restaurant listings would extend to its ordering integration partnership, and denies that Yelp asked Grubhub to remove the delivery capabilities. Instead, Grubhub claims the companies recently came to the decision to remove the delivery capability together. Yelp told Restaurant Dive that it asked Grubhub to make the changes. The story has also been updated with Grubhub’s statements.

Dive Brief:
Yelp has requested that Grubhub remove its delivery capabilities from all "non-partner" restaurants on Yelp pages. The two companies first announced their partnership in August 2017. "We recently became aware of this practice, and have taken immediate steps to ensure it does not extend to restaurants’ Yelp pages," a Yelp spokesperson told Restaurant Dive via email.

Yelp's request comes after San Francisco restaurant owner Pim Techamuanvivit complained on Twitter that her concept was listed on Grubhub without her knowledge, even though that concept does not include a delivery model.

According to InvestorBits, Grubhub isn't the only delivery company that lists restaurants that haven't agreed to partner with them. Grubhub's Seamless business does it, and DoorDash and Postmates do as well.

Starting a few months ago, Grubhub began listing non-partnered restaurants in select cities across the country.

Grubhub said it is using this strategy to close the supply gap and drive more delivery orders to local restaurants. The company said it is working to provide accurate menus and restaurant hours on its marketplace based on information available online.

“It’s our aim to bring the best delivery experience possible while balancing the interests of our diners, restaurants and drivers, and complying with all local laws and regulations in connection with our business. If a restaurant prefers not to be on our marketplace or needs to change any information like menu items or hours, they should reach out to us at restaurants@grubhub.com, and we'll work as quickly as possible to make necessary updates or remove them. We are currently working to remove the delivery capability for affected restaurants as soon as possible on Yelp.”

Techamuanvivit outlined her concerns over this practice in her Twitter thread, offering up a perspective of how this practice could potentially affect small business owners. In that thread, she noted that this food being delivered as her restaurant could have been made anywhere, including "some rando dirty warehouse." She calls it impersonation, as well as "horrid" and "reckless."

Yelp was not immune in that Twitter rant. Techamuanvivit noted that Yelp "even list[ed] the fake ordering page, conveniently, right there on the 'legit' Yelp review page … Just so happy to defraud everyone." As this tweet continues to garner traction, as well as media attention, it appears Yelp is now running damage control in asking for the removal of delivery for non-partner restaurants.

Both companies will likely have to continue doing so after the social media storm dissipates. Techamuanvivit has promised a lawsuit and is asking other restaurant owners who have experienced this issue to join in that suit. DoorDash faced similar lawsuits, according to Wired. In-N-Out sued it in 2015, but the lawsuit was dismissed, and in 2019 two Chicago restaurants sued DoorDash, which settled the case in the fall.

Indeed, a restaurant's reputation is on the line if a customer receives an order perceived to be from that establishment if that order is not up to par. If there is a food safety issue, that risk is even higher.

And these dangers extend beyond the potential for compromised food. One Ohio restaurant owner chimed in to the Twitter thread to note that his hours and menu were erroneous on the Grubhub site, likely confusing customers.

Postmates defended this practice by stating its a pickup service "symbolizing the customer, not a shipping service representing the restaurant." Grubhub also defended itself by claiming restaurants benefit from more orders and revenue when they're listed on the site and that it's a PR win. But therein lies another risk: that restaurant may not have the capacity to keep up with additional orders.

Unfortunately, for restaurants, customers likely don't care — or know — if the food is coming from a ghost kitchen or an actual restaurant. It will take some time for restaurants to regain that control, but Grubhub has noted that it is willing to work with restaurants to be a true partner. In the meantime, Techamuanvivit and other restaurant operators can have their listings removed from Grubhub, but they have to put in a request to do so.