Minerality In Wine: Where Are We Now? 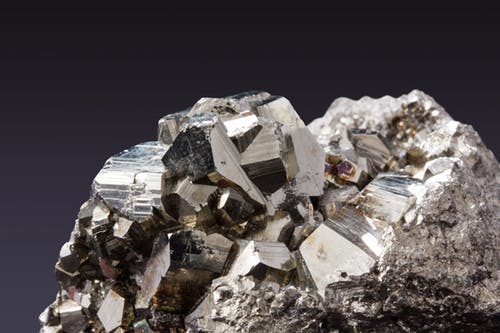 It's a term that has long confounded and fascinated us, but are scientists any closer in understanding what causes us to perceive these characteristics in a wine’s aroma and flavour? Professor Alex Maltman gives his expert insight

Another article about minerality… It was more than 15 years ago that I first wrote a piece on this topic and I’ve been asked to do quite a number since then, as have countless other authors. There have been conferences, masterclasses and workshops devoted to minerality in wine, and still they keep on coming. So what is it about this subject that continues to fascinate?

Who knows, but maybe it’s to do with a melding of the pragmatic usefulness of the word – evocative of the much-loved link between wine and the land – with the continuing lack of consensus on what the term actually means.

That the word is attractive is clear, and not only with wine: minerality is now reported from beef, tea, watercress, maple sugar, milk, oysters, marijuana… So where are we now, with understanding the perception in some wines that we call minerality?

Recognising and reporting minerality
First, how do we sense it? It varies. In one recent study, 20% of wine professionals detected minerality in Chablis wines by taste and 16% by smell, and the remainder used both senses. Interestingly, all three groups varied markedly in their assessments of the intensity of the minerality, and they described it differently.

For instance, in the smell-only condition about two-thirds correlated minerality with gunflint and reductive aromas, and lack of fruit, while (when nose-clipped) about the same proportion related minerality to acidity and bitterness. Another investigation concluded that French tasters relied more on smell than those from New Zealand, who tended to use both nose and palate.

Other studies have noted that where both smell and taste are used the acidity of the wine is important, whereas with smell alone the particular varietal becomes more significant. So, which grapes tend to show minerality?

Investigations at Spain’s University of La Rioja of red wines made from Tempranillo, Syrah and Grenache found weak responses and inconsistent patterns; minerality is mostly associated with white wines, though there is disagreement on the particular varietals.

In a study at California’s UC Davis, Riesling, Pinot Gris and Sauvignon Blanc wines were judged to be more mineral than Chardonnay wines. (It’s worth noting that the latter included Chablis, for some the archetypical mineral wine.)

Of course, the majority of vines are grafted, and it’s actually the rootstock rather than the cultivar that interacts with the soil. I’m unaware of any study that assesses the role of rootstocks in minerality.

Sensing something you’re going to call minerality is just the start: how are you going to convey to others what you mean?

Several studies have grouped the words people use to express minerality into categories, for example acidity, tenseness and freshness; seashore-related things such as iodine, saltiness and shellfish; and stone-related sensations including wet or hot stone, flint and chalk.

In one report, winemakers distinctly preferred using terms that invoked place and soil, and they regarded minerality positively, unlike the vaguer and negative connotations indicated by some consumers.

Another illustration of the communication problem is the different word associations reported by research groups at Lincoln University in New Zealand and at California’s UC Davis. While both teams noted positive correlations between minerality and words like citrus, fresh, zingy, flinty, and smoky, the Lincoln researchers differed from those at Davis in finding no correspondence with acidity or reductive notes.

One study showed that minerality represented different things to Swiss and French wine consumers, and that the Swiss group used a markedly broader vocabulary. Another experiment showed that the vocabulary used to convey minerality depended on the level of knowledge – ranging from the most inexperienced respondents never having heard of minerality, through comparisons with bottled water (especially popular, for whatever reason, with female tasters), to the importance to experts of acidity, terroir and earthy flavours.