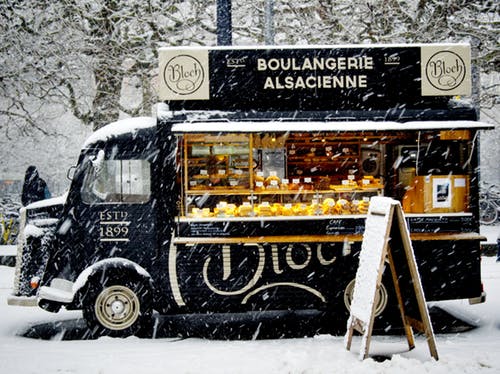 Food truck owners — and even the restaurant industry — are embracing the mayor’s plan.

The ordinance food truck introduced by Mayor Lori Lightfoot at Wednesday’s City Council meeting would also create a permanent, two-year license for mobile merchants that have been operating for years under temporary status.

Chicago food trucks would be permitted to park in a legal space for four hours — double the current limit — under a mayoral plan embraced by a restaurant industry once dead set against food trucks.

The ordinance introduced by Mayor Lori Lightfoot at the City Council meeting Wednesday would also create a permanent, two-year license for mobile merchants that sell products other than food and have been operating for years under temporary status.

Former Mayor Rahm Emanuel tried to create a new and permanent designation for “mobile merchants” only to run into a buzzsaw of opposition from aldermen concerned the new category would create a double standard that treats the heavily regulated food truck industry unfairly and, potentially, illegally.

Lightfoot’s ordinance solves the double standard problem by providing relief for a food truck industry that has chafed at a rule that requires them to park at least 200 feet away from brick-and-mortar restaurants and stay in one place for no longer than two hours.

Instead, the time limit would be doubled to four hours with the blessing of an Illinois Restaurant Association that once viewed food trucks as a threat to its members.

“In weather like today, I don’t know how many people are going to a food truck. So, we’re OK with them being parked in a location for four hours. We figured this would help make it more profitable for them.”

”Two hours is simply not enough time to make a living,” Torres said. “Four hours would open up twice as much opportunity for us.”

Torres said the need to keep moving and set up, as well as the restrictions on where the trucks can park, can make it difficult to earn enough money — especially when the weather is bad and business slows down.

“We have high hopes for this,” he said.

Gabriel Wiesen, a food truck owner and president of the Illinois Food Truck Association, could not be reached for comment.

“Who is going to monitor how many hours you’re there — whether it was two, three or four [hours]? Realistically, we probably don’t have the resources to monitor it,” Tunney said.

The two-hour limit was put in place in 2012 as part of the landmark ordinance that allowed for cooking aboard food trucks.

A joint 2015 investigation by the Chicago Sun-Times and ABC7 found food truck owners were thumbing their noses at the two-hour rule. They stayed in the same place for six hours or longer without being cited for their violations.

This year, the city’s Department of Business Affairs and Consumer Protection has so far issued 34 citations to food trucks after writing 45 tickets during all of 2018.

Mobile merchants
The new licenses for mobile merchants will cost $250. They will allow entrepreneurs to sell nonfood items between 6 a.m. and 10 p.m. from any legal parking space in Chicago and stay in one place for up to four hours at a time.

Until now, the city has allowed only four mobile merchants to test their concepts under a so-called “emerging business permit” that was due to expire at the end of January.

“Mobile merchants add vibrancy to commercial corridors and we are excited to welcome these entrepreneurs to Chicago permanently,” the mayor said in news release announcing the new license.