Mcdonald Could Sell Over 250 Million Beyond Meat Burgers In U.s. Annually: Ubs 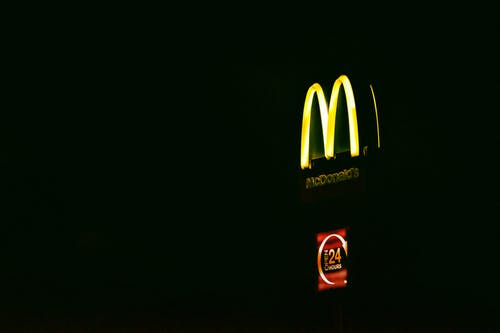 Reuters - McDonald’s Corp is selling only 20-30 plant-based Beyond Meat burgers per day in Canadian restaurant testing, although sales are reaching 100 burgers a day in more densely populated areas in the country, industry checks by UBS showed.

In its detailed checks on the tests, which are the first to be made public, the Swiss investment bank said the numbers implied the world’s biggest fast-food chain could eventually sell more than 250 million P.L.T. burgers annually if it rolled out the product across its nearly 14,000 U.S. outlets.

That would add up to $325 million in sales annually for Beyond Meat from the partnership, UBS said, although it cautioned that McDonald’s traditionally sources each of its burger patties from more than one supplier.

“We believe Beyond Meat has a first-mover advantage - for now - but it appears a door remains open for McDonald’s to refine its P.L.T. offering before introducing a plant based patty in the United States,” analyst Steven Strycula wrote.

“Further, we do not know whether MCD plans to single-source or multi-source a U.S. menu item.”

McDonald’s in September became one of the last big fast-food chains to begin tryouts of a plant-based sandwich, launching tests at 28 restaurants in southwestern Ontario.

Analysts and industry consultants, however, have raised questions as to whether the popularity of the plant-based meat burgers is sustainable and whether sales will reach commercially viable levels needed to stay on the menu.

Some estimate a McDonald’s franchise would need to sell 300-400 of the burgers a week for it to be viable. The company has given no indication of its attitude to a national launch or how the tests are going.

Separate checks by UBS with Burger King restaurant owners in 350 locations showed the rival chain is selling about 40 Impossible Whoppers, made by Beyond Meat rival Impossible Foods, daily, or about 107 million a year if replicated by its whole U.S. network.

UBS said the same Burger King restaurants were selling about 230 of the chain’s signature beef Whopper burgers a day and that those sales had not fallen as a result of the introduction of the plant-based meat alternative.

For Impossible Foods, the Burger King tie-up could fetch about $135 million in annual sales, the bank calculated.