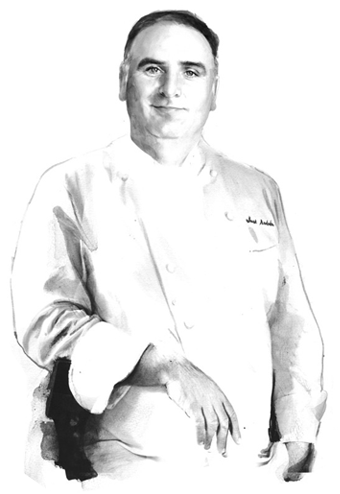 The chef’s organization World Central Kitchen, which provides locally cooked meals to survivors in disaster zones, is scaling up to provide even more meals across the globe.

Yelling through the downpour, celebrity chef José Andrés tells the camera, “I want everybody to understand, we are not near the hurricane. We are like 90 miles away.” In the background, the wind blows in loud gusts as the outskirts of Category 5 Hurricane Dorian pummels the Bahamas—a sure sign of the destruction happening those tens of miles away in the Abaco Islands, which suffered the brunt of the storm.

Andrés braved the storm in the Bahamas as the founder of (and self-described “highly active volunteer” with) World Central Kitchen, an organization that brings meals to people hit by both natural and manmade disasters, such as hurricanes and U.S./Mexico border crisis, and also serves as an educational and job training nonprofit. The organization’s staff has traveled from Indonesia to Mozambique to Guatemala to Houston to provide simple free meals and water for inhabitants dealing with total chaos. WCK responded to 19 different disasters so far this year, and has served more than 10 million meals since its inception.

“Especially in the last few years, we’ve been to so many places around the world,” says Andrés. “The learning from the last several years is paying off.”

This week marks a milestone for WCK. At UN Climate Week in New York City, the organization is announcing its Climate Disaster Fund. The plan is to eventually raise $50 million toward disaster response efforts, $5 million of which has already been provided by funders, says WCK’s executive director, Nate Mook. Some of this funding is already being used to provide meals to people in the Bahamas. The rest will go toward WCK’s future relief efforts. As Mook reminds, “Hurricane season is far from over, and California continues to battle wildfires.”

When Andrés founded WCK in 2010, an earthquake had just devastated Haiti, killing about 300,000 and decimating the island’s infrastructure. At first, the organization was solely an educational and job training nonprofit, teaching locals how to cook, installing clean cook stoves, and making sure schools serve healthy lunches. In 2016, after Hurricane Matthew hit Haiti, Andrés and a group of chefs traveled to the island and gave away cooked meals, starting the disaster relief branch of the organization. Andrés did the same in Houston after Hurricane Harvey, but WCK didn’t achieve wide recognition until its staff journeyed to Puerto Rico after Hurricane Maria hit in September 2017. There, WCK served 3.7 million meals in 2017 and 2018, bringing food to every municipality in Puerto Rico and becoming the largest food-providing operation specifically targeting Maria survivors.

But Andrés drew the most attention for his clashes with President Trump. After Trump endlessly derided immigrants, calling them “rapists,” during his campaign, Andrés pulled plans to open a restaurant in the Trump International Hotel in Washington, D.C. Lawsuits—now settled—followed, but Andrés continues to call out the president for reasons ranging from his failure to provide aid to U.S. citizens suffering post-Maria in Puerto Rico to his xenophobic rhetoric concerning immigrants.

Andrés got his idea for WCK from a perhaps unlikely inspiration—Clara Barton, who helped injured soldiers, regardless of their affiliation, during the U.S. Civil War and founded the American Red Cross. “She created this amazing network and system to provide relief to wounded soldiers,” says Andrés. He wanted to offer aid in a similar fashion, but in the way he knew best—through cooking.