Did Humans Once Live By Beer Alone? An Oktoberfest Tale. 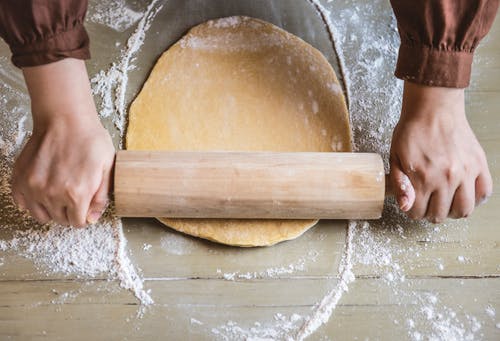 In October of 1953, the farmers of the Western hemisphere were busy toiling over harvested grain, either milling it into flour or prepping it for brewing. Meanwhile, a group of historians and anthropologists gathered to debate which of these two common grain uses humans mastered first—bread or beer?

The original question posed by Professor J. D. Sauer, of the University of Wisconsin’s Botany Department, was even more provocative. He wanted to know whether “thirst, rather than hunger, may have been the stimulus [for] grain agriculture.” In more scientific terms, the participants were asking: “Could the discovery that a mash of fermented grain yielded a palatable and nutritious beverage have acted as a greater stimulant toward the experimental selection and breeding of the cereals than the discovery of flour and bread making?”

If the ancient cereals weren’t used for food, what did their gatherers or growers actually eat?
Interestingly, the available archaeological evidence didn’t produce a definitive answer. The cereals and the tools used for planting and reaping, as well as the milling stones and various receptacles, could be involved for making either the bread or the beer. Nonetheless, the symposium, which ran under the title of Did Man Once Live by Beer Alone?, featured plenty of discussion.

The proponents of the beer-before-bread idea noted that the earliest grains might have actually been more suitable for brewing than for baking. For example, some wild wheat and barley varieties had husks or chaff stuck to the grains. Without additional processing, such husk-enclosed grains were useless for making bread—but fit for brewing. Brewing fermented drinks may also have been easier than baking. Making bread is a fairly complex operation that necessitates milling grains and making dough, which in the case of leavened bread requires yeast. It also requires fire and ovens, or heated stones at the least.

On the other hand, as some attendees pointed out, brewing needs only a simple receptacle in which grain can ferment, a chemical reaction that can be easily started in three different ways. Sprouting grain produces its own fermentation enzyme—diastase. There are also various types of yeast naturally present in the environment. Lastly, human saliva also contains fermentation enzymes, which could have started a brewing process in a partially chewed up grain. South American tribes make corn beer called chicha, as well as other fermented beverages, by chewing the seeds, roots, or flour to initiate the brewing process.