Meet Phylloxera, One Of Wine Most Dangerous Pests 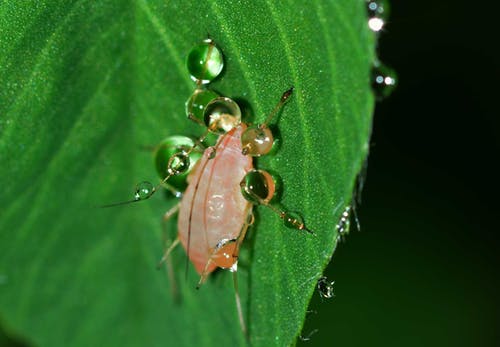 It hasn’t wreaked as much havoc as the mosquito, but the phylloxera aphid is up there in terms of global influence. Over the last several centuries, the tiny insect has completely reshaped the world wine map and made American rootstock an unlikely hero.

In Biblical fashion, the insects swarmed vineyards across Europe in the 1800s. Most famously, the sap-sucking demons took out famous Chateaus across France, feasting on the roots of priceless grape vines. Many dubbed the stretch a plague, the Great Blight even, and for good reason. The numbers are staggering. Many believe at least two-thirds of all European vineyards were destroyed. Some think the number is closer to 90 percent. Wine production plummeted some 75% overall on the continent between 1875 and 1889.

America ended up being the cause and solution to the colossal phylloxera problem. We’ll call it a net zero, not to mention a fascinating first plunge into global wine. Resistant rootstock from California made its way to the Old World via research samples. The bugs wandered off, procreated, and went wine tasting. Unfortunately, they had a taste for highly susceptible, Vitis vinifera rootstock native to Europe. Countless vineyard owners dug up and set flame to their plants in hopes of vanquishing the fast-spreading epidemic.

Crisis breeds craziness. Winemakers in Europe concocted witchy schemes to attack the bugs. Legislators offered large sums of money for a cure. Vineyard workers buried toads in their fields with the hopes that they would draw the poison out of the earth. All for naught.

For a vine, there are better ways to die. Like leeches, phylloxera mites gradually suck the life out of vineyards. They pinch the plant’s ability to take in nutrients, choking it to death. The grape leaves become bubbly and sick looking, then loses the energy to bear fruit. And because the bug is so small — on top of the poorer technology in general of the 19th century — once it was detected, it was too late.

Down the road, folks realized that the American rootstock was resistant. It took generations, but the French and the rest of the European producers began grafting Vitis vinifera onto American rootstock. Vineyards and the industry, in general, crawled back to life. Other corners of the world that had been affected took note and followed suit. Gradually, the planet’s wine supply rose back to normal levels.

A relatively small number of vineyards were untouched and nobody really knows why. Today, it’s still possible to run into “own-rooted” vineyards that are prone to the disease. Some winemakers think these vines, while at risk, produce better fruit. Vineyard crews have to be extra careful and often prohibit tours or ask that visitors sport special shoe and leg coverings to prevent possible contamination.

It’s just one of many potential catastrophes that wine growers lose sleep over. And while phylloxera is mostly in check these days (save in Walla Walla and a few other areas), other vine-eating disasters await. Pennsylvania wine country is dealing with swarms of Spotted Lanternflies right now and they’ll almost surely spread elsewhere. Insects of all kinds have caused panic in wine regions all over. And if it’s not bugs, there are still birds, fungus, frost, hail, deer, mildew, and more to worry about.

It’s surreal today to think about the very nature of world-famous vineyards across Europe, rooted in American plant matter. At the very least, it’s a cool bit of history to bring up the next time you’re drinking Merlot with your chums. And now you know why wine industry types tend to shudder when you drop the P-word.