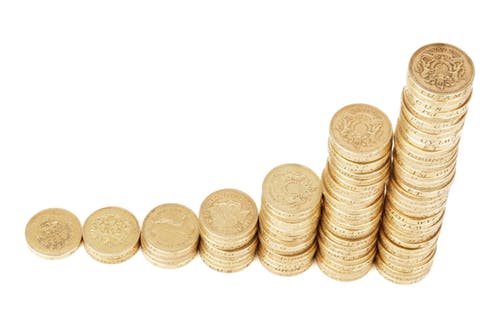 There's no doubt the restaurant world is in a bit of a slump, as same-store sales fell for the second consecutive month in August, dropping 0.7% after a 1% drop in July, according to industry data from TDn2k. Weighing on the sector is continued weakness in guest traffic, which continues to fall as it has all summer, tumbling 3.9% last month, which comes on top of a 4% decline the month before.

Yet the results are not as bad as they seem, as the industry was going up against some strong numbers from last year and has been able to make up for fewer customer visits by raising prices or offering more premium menu items. Although they used to use discounts to draw in diners, those haven't been quite as effective lately.

That suggests the right restaurant stock could still be a good investment that can run higher, and you just might want to pull up a seat at Darden Restaurants (NYSE: DRI), Papa John's (NASDAQ: PZZA), and Texas Roadhouse (NASDAQ: TXRH) to see if they have what you're hankering for.

Darden Restaurants
There was a time a few years ago when Darden Restaurants' Olive Garden chain looked as if it was going to wilt on the vine. But new management has revitalized the Italian food eatery, and the premier chain in the group now continues to outperform.

Its revenue accounts for about half of the company's total, and comparable sales remain strong, growing 2.4% in the fiscal fourth quarter ending in July and up 3.9% for the full year. It's followed by LongHorn Steakhouse, which also enjoyed 3.3% comps growth for the quarter and year.

Darden also has a number of smaller chains, both upscale like Capital Grille and more casual like Bahama Breeze. The six different chains represent 28% of total sales, and they've been hit or miss, but the real profit centers are Olive Garden and LongHorn, and they're continuing to gain there.

At just under 20 times forward earnings estimates, Darden is trading well below many of its industry peers. As analysts expect it to grow earnings at more than 10% annually for the next five years, this restaurant operator seems to have plenty of room left to run.

Papa John's
Let's just say pizza chain Papa John's is starting with a clean slate after several years of internal turmoil. New management has set a fresh direction for the company, so while investors need to look at how it's performed in the recent past (not well), they also need to be mindful that this isn't necessarily the same business those results are based on.

Getting the ugly out of the way, comps fell almost 6% in its most recent quarter on top of a 6% decline a year ago, not a good look when rival Domino's has recorded 33 consecutive quarters of same-store sales growth.

But Papa John's just hired a new CEO who will be tasked with creating a fresh image for the chain. On the one hand, he'll be overseeing the $40 million or so the chain is spending on its new brand ambassador, former basketball great Shaquille O'Neal, but on the other hand, he'll also be spending a like amount on helping franchisees rebuild their business and modernize their stores through better marketing as well as financial assistance.

Papa John's is also testing new value menu items to pique consumer interest, investing in technology to improve customer orders and delivery, and further building out its international base of stores to be a long-term growth driver.

This restaurant stock is a bit of a dicier choice, because it's a bet on a turnaround that has yet to prove itself, but at these depressed trading levels, now could be the right time for a riskier bet in one's portfolio.

Texas Roadhouse
This steakhouse is an example of a restaurant that has used price increases to keep comparable sales up and offset the significant pressure that rising labor costs are inflicting on restaurants and retail in general.

Texas Roadhouse reported that comps rose almost 5% last quarter and are up 5% for the year, but restaurant margins were pressured due to higher wage rates. Texas Roadhouse was able to offset a lot of the increased expense by taking pricing actions, and the casual-dining steakhouse is still growing.

One of the benefits of an investment here is Texas Roadhouse pays a dividend of $1.20 per year that currently yields 2.2% and arguably offers a stronger story than Papa John's. With rising sales, rising comps, and a stock that is down 10% for the year and trades at 21 times forward earnings, there's plenty of reason to buy into this steady performer in the dining industry.