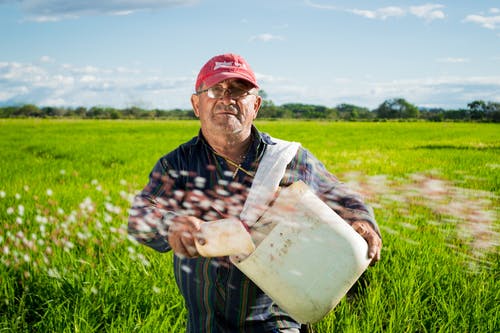 ASHEVILLE, N.C. — U.S. farmers have seen a return on assets of less than 2% annually for the past five years, creating uncertainty and raising the need to manage risk, a panel of speakers said Aug. 5 at the International Sweetener Symposium, sponsored by the American Sugar Alliance.

The average rate of return for U.S. farmers is 1.3% this year, marking the fifth straight year of returns below 2%, said John Newton, Ph.D., chief economist for the American Farm Bureau Federation (A.F.B.F.). Returns this low create challenges for agriculture — from keeping pace with rising input costs to repaying operating loans — and the impact ripples throughout the rural economy, he said.

“Commercial debt in agriculture is at record highs, loan delinquency rates are rising and Chapter 12 bankruptcies have increased sharply,” Mr. Newton said. “Some major lenders are reducing their exposure to agricultural loans and reducing lending volumes.”

Brian Cavey, senior vice-president of government affairs for CoBank, told the group his bank continues to be a major agricultural lender, with 100% of its business focused on farm credit, agribusiness lending and rural infrastructure, but agreed current tailwinds in the rural economy were troubling.

“Right now, the name of the game is managing risk and uncertainty,” Mr. Cavey said.

This kind of environment necessitates strong farm policies to give lenders confidence that loans will be repaid in a timely manner. Protecting crop insurance and opposing cuts to the farm safety net are top priorities for CoBank, he said.

The National Farmers Union (N.F.U.), like CoBank and the A.F.B.F., was another vocal supporter of sugar policy during the 2018 farm bill.

Roger Johnson, president of the N.F.U., explained to the group that keeping sugar policy strong will be key to weathering the current storm for the sugar industry. He noted that total net farm income had dropped 49% since 2013, and that the median farm income was projected to be negative $1,449 in 2019.

Farmers are facing an uncertain future because of low commodity prices and the impact of trade disputes and need the long-term predictability of strong farm policy, the speakers said.

Mr. Newton noted that countries involved in trade disputes with the United States, especially China, which announced further actions on Aug. 5, retaliated against agriculture because that was the segment with a positive U.S. trade balance. The United States had an $891 billion trade deficit in goods during 2018, including a $43 billion deficit with China and a $40 billion deficit with the European Union.

After 39 consecutive quarters of G.D.P. growth, the United States was “using our position as the world’s largest economy to get better (trade) deals,” Mr. Newton said, adding that while the United States will collect billions in tariffs, it may have a drag on the macro economy.

Mr. Johnson of the N.F.U. said the U.S.-China trade war was like “two titans fighting. There’s going to be some blood on the floor. We’re going to pay for this for a long, long time.”

As a result, the government’s Market Facilitation Programs, which pays farmers various amounts for losses caused by retaliatory tariffs, are “absolutely need,” Mr. Johnson said, suggesting the current program may not be the last since 2020 is an election year.