This Starbucks Of Wine Chain Is Changing The Way Americans Experience Chardonnay Far From Napa, Th 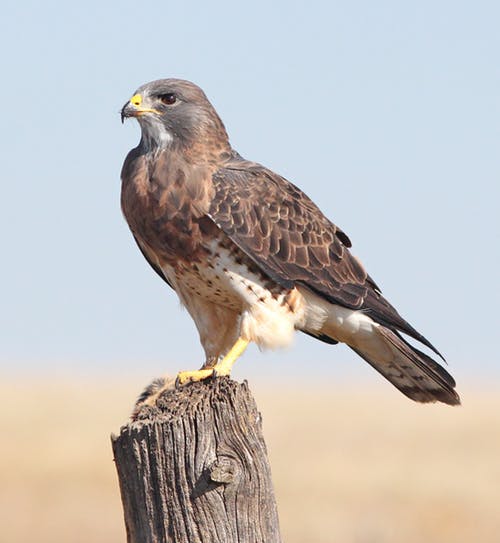 Far from Napa, this Midwestern-born wine-focused restaurant chain is converting scores of new oenophiles a year.

Wine consumption in the U.S.—which boomed in the mid-2000s when inexpensive brands like Yellow Tail appeared on shelves—has nearly plateaued in recent years, according to a January report from Silicon Valley Bank. Baby boomers, the most dependable wine drinkers, are imbibing less as they age, while millennials prefer craft beer, cocktails, and cannabis. But what the report cited as a key problem for the industry is specifically “a lag in innovating alternative direct-to-consumer strategies beyond the tasting room and club models.”

One wine business, however, has been steadily defying this trend.

Cooper’s Hawk, based in Orland Park, Illinois, has pioneered a unique, multipronged model for creating wine and bringing it to budding consumers. The company sold 750,000 cases of wine last year, quietly climbing into the top 30 wineries in the United States. It operates 34 tasting room/restaurants across the Midwest, Florida, and East Coast, and boasts 375,000 wine club members. It brought in $282 million in revenue in 2018—raking in nearly $10 million in profit. This week, the California-based private equity firm Ares Management purchased a minority stake reportedly valued at north of $700 million.

The company has succeeded in large part by making wine accessible to uninitiated consumers. Typically, wineries have tasting rooms, where people pay a nominal fee to try wines. Hopefully they buy a few bottles. Fans can buy subscriptions, having cases sent directly to their houses monthly or quarterly.

Cooper’s Hawk mimics this experience in a more familiar restaurant setting, hundreds of miles away from Napa Valley. “The main difference,” says Mike Veseth, a political economy professor and author of the website the Wine Economist, is that it is “an integrated model; they produce the wine and sell it directly to consumers through the restaurant chain.” It’s both efficient, he says, and replicable. “There’s nothing like that on the scale that they have,” Veseth says.

LIKE A BREWPUB, BUT FOR WINE
Acres and acres of vine-covered hills were never what founder and CEO Tim McEnery had in mind when he started thinking about Cooper’s Hawk in 2001. His idea was to create a wine-tasting venue that operates like a brewpub: He’d make wine on-site and serve it alongside a full menu. While the grapes would be sourced from California wine country, the wine itself would be made in-house.

“Winery restaurants,” McEnery says, seemed like such a simple idea. Yet when he scoured the internet for any such example, he couldn’t find one. So he raised $1.3 million from friends and family and nabbed a $1 million small-business loan.

More from Fast Company’s series on “The New Business of Food”:

McEnery, 43, who had started washing dishes at a golf club at age 11 and became a restaurant manager in his early 20s, began teaching himself the basics of wine-making. He opened his first restaurant, about an hour outside Chicago in the suburb of Orland Park, and experimented with grapes on-site. He bottled his first Viognier in 2005. It wasn’t a seamless process. “I ordered the equipment and couldn’t figure out how to turn on the pumps,” he recalls. He had one goal with his first batch of wine: “not ruin it.” Within a year, he’d also learned to produce a Chardonnay, Cabernet, and Syrah.

By year two, McEnery was making his own wine on-premises, offering about 11 different varieties in Cooper’s Hawk’s tasting room and on the menu at the 297-person dining room, which catered to a burger- and steak-loving clientele.

Once, he put on head-to-toe fishing waders to fix a problem with a piece of wine-making machinery. As he waded into the mixture, a visitor dropped by unannounced. It was one of the restaurant’s investors. The investor, seemingly unperturbed, had one question for McEnery: “Did you ever look around and think you may be onto something here?”
The investor made McEnery a simple request. “Why don’t you go home and pour yourself a glass of wine and think about: Do I want to have one restaurant? Or would I like to explore the idea of this thing becoming as big as it can be?”

McEnery opened up a second location in nearby Burr Ridge, Illinois, less than two years later, and a third, in Wheeling, Illinois, less than a year after that. Eventually, McEnery gave up vintner duties and brought in a real winemaker to build out Cooper’s Hawk’s portfolio. He moved the bottling operation to a separate 125,000-square-foot facility and sold a portion of the company to a private-equity stakeholder, though he retains some ownership.

While the restaurants themselves continue to bring in 70% of the company’s revenue (which includes on-site wine sales), the wine business, McEnery says, is growing. In recent years, he has forged partnerships with winemakers such as Coppola and organizations like the Screen Actors Guild to produce cobranded bottles that can sell for as much as $70. More than 375,000 subscribers pay between $18 and $38 per month for a bottle or two to be delivered to their homes (for a price, and only to nine states) or picked up at the nearest Cooper’s Hawk location—which 99% of the members opt for. There’s no corkage fee for enjoying a bottle at the restaurant.

He believes that people are more interested in wine if they are given a comfortable environment to learn about it, that for too long, wine has been considered a beverage that requires a refined palate and deep pockets to truly enjoy. Cooper’s Hawk’s $30 bottles sit comfortably in between mass-market and higher-end options, and their flavor profiles fit squarely into this middle ground: the Chardonnay is oaky, the Pinot is tart, and they all finish without much lingering flavor. One might argue that Cooper’s Hawk is doing for wine what Starbucks did for gourmet coffee: lowering the barrier to entry for novices, while maintaining a focus on aesthetics and experience.

According to Wine Economist‘s Veseth, this only stands to help the sector overall. People “get a taste of [what it’s like to go to] a wine-country tasting room—but they don’t have to go to wine country. It’s right down by the mall,” he says. “Projects like this grow the market.”

This fall, Cooper’s Hawk plans to open its first restaurant in an urban metropolis: Chicago. It will have three floors, seating for more than 400, and a perch in the city’s bustling West Loop neighborhood. For McEnery, this outpost, which will be geared to existing oenophiles, will test whether the business can transcend suburbia. (McEnery actually compares it to Starbucks’ new Reserve cafés.) He envisions Cooper’s Hawk eventually becoming a lifestyle brand, incorporating such offerings as trips and merchandise. One day, McEnery says, he even hopes to open a Cooper’s Hawk in California wine country.