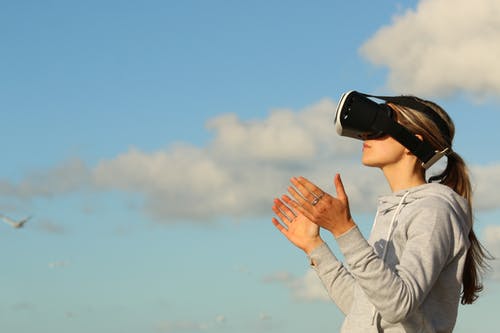 Independent restaurant owners may be doomed, and perhaps grocery stores, too.

Such is the conclusion of a growing chorus of observers who’ve been closely watching a new and powerful trend gain strength: that of cloud kitchens, or fully equipped shared spaces for restaurant owners, most of them quick-serve operations.

While viewed peripherally as an interesting and, for some companies, lucrative development, the movement may well transform our lives in ways that enrich a small set of companies while zapping jobs and otherwise taking a toll on our neighborhoods. Renowned VC Michael Moritz of Sequoia Capital seemed to warn about this very thing in a Financial Times column that appeared last month, titled “The cloud kitchen brews a storm for local restaurants.”

Moritz begins by pointing to the runaway success of Deliveroo, the London-based delivery service that relies on low-paid, self-employed delivery riders who deliver local restaurant food to customers — including from shared kitchens that Deliveroo itself operates, including in London and Paris.

That’s bad news for people who run restaurants, he adds, writing, “For now the investment looks like a simple endorsement of Deliveroo. But proprietors of small, independent restaurants should tighten their apron strings. Amazon is now one step away from becoming a multi-brand restaurant company — and that could mean doomsday for many dining haunts.”

He’s not exaggerating. While shared kitchens have so far been optimistically received as a potential pathway for food entrepreneurs to launch and grow their businesses — particularly as more people turn to take out — there are many downsides that may well outweigh the good, or certainly counteract it.

Last year, for example, UBS wrote a note to its clients titled “Is the kitchen dead?” wherein it suggested the rise of food delivery apps like Deliveroo and Uber Eats could well prove ruinous for home cooks, as well as restaurants and supermarkets.

The economics of food delivery have grown too alluring, suggested the bank. It’s already inexpensive because of cheap labor — and that cost center will disappear entirely if delivery drones take flight. Meanwhile, food will become cheaper to make because of central kitchens, the kind that Deliveroo is opening and Uber is reportedly venturing into. (In March, Bloomberg reported that Uber is testing out a program in Paris where it’s renting out fully equipped, commercial-grade kitchens to serve businesses that sell food on delivery apps like Uber Eats.)

The favorable case for cloud kitchens argues that restaurants renting from them pay less than they would for their own real estate. But the reality is also that most of the businesses moving into them right now aren’t small restaurateurs but fast-food brands that already have a following and aren’t known for their emphasis on food quality but instead for quickly churning out affordable food.

As Eric Greenspan, a chef who has appeared regularly on the Food Network and opened and closed numerous restaurants, says in a short new documentary about cloud kitchens: “Delivery is the fastest growing market in restaurants. What started out as 10 percent of your sales is now 30 percent of your sales, and [the industry predicts] it will be 50 to 60 percent of a quick-serve restaurant’s sales within the next three to five years. So you take that, plus the fact that quick-serve brands are kind of the key to getting a fat payout at the end of the day . . .”

Greenspan continues on to explain that during an age when fewer people frequent restaurants, running one simply makes less and less sense. “[Opening] up a brick-and-mortar restaurant these days is just like giving yourself a job. Now [with centralized kitchens], as long as the product is coming out strong, I don’t need to be there as a presence. I can quality control remotely now. I can go online and [log out of a marketplace Uber Eats or Postmates] and not piss off any customers, because if I just decided to close the restaurant one day, and you drove over and it was closed, you’d be pissed. But if you’re looking for [one of my restaurants] in Uber Eats and you can’t find it because I turned it off, well, you’re not pissed. You just order something else.”

The model works for now for Greenspan, who is operating out a cloud kitchen in L.A that happens to belong in part to Uber cofounder Travis Kalanick. He was quicker than some to grok the opportunity that shared kitchens present. In fact, it was early last year that Kalanick announced he was investing $150 million in a startup called City Storage Systems that focused on repurposing distressed real estate assets and turning them into spaces for new industries, like food delivery.

That company owns CloudKitchens, which invites food chains — as well as independent restaurant and food truck owners — to lease space in one of its facilities for a monthly fee, charging additional fees for data analytics.

The pitch to restaurateurs is that CloudKitchens can increase their sales while reducing their overhead. But the company is also amassing all kinds of data about its tenants and their customer preferences in the process — data that could presumably benefit CloudKitchens in various ways. Little wonder that Amazon wanted entrée into the industry, or that there is already at least one serious competitor in China — Panda Selected — which raised $50 million led by Tiger Global Management earlier this year.

No one can fault savvy entrepreneurs for seizing on what looks like a gigantic business opportunity. Still, the kitchens, which make all the sense in the world from an investment standpoint, should not be embraced so readily by everyone else as a panacea.

One of the biggest areas of concern is that in order to work, central kitchens rely on the same people who drive Ubers and handle food deliveries — people who aren’t afforded health benefits and whose financial picture is precarious as a result. (As with Uber drivers, Deliveroo employees tried to gain status as “workers” last year with better pay, but they were denied. The EU Parliament more recently passed new rules to protect so-called gig economy workers, though they don’t go far. Meanwhile, in the U.S, Uber and Lyft continue to fight legislation that would give employee status to contract workers.)

Matt Newberg, a founder and foodie from New York, says he could see the writing on the wall when he recently toured CloudKitchen’s two L.A. facilities along with the shared kitchens of two other companies: Kitchen United which last fall raised $10 million from GV, and and Fulton Kitchens, which offers commercial kitchens for rent on an annual basis.

Newberg filmed what he saw (which is very much worth watching below) and suggests that he was taken aback by the conditions of the first facility that CloudKitchens opened and operates in South L.A.

Though most restaurant kitchens are chaotic scenes, Newberg said that as “someone who loves food and sustainability” the facility didn’t feel “very humane” to him when he walked through it. It’s windowless for one thing (it’s a warehouse). Newberg also says it was filled with people who appeared to him to be low-wage workers. Not last, he says he also counted 27 kitchens packed into what are “maybe 250-square-feet to 300 square-foot spaces,” and a lot of people who appeared to be in panic mode.

“Imagine lots of screaming, lots of sirens triggered when an order gets backed up, tablets everywhere.”

Adds Newberg, “When I walked in, I was like, holy shit, no one even knows this exists in L.A. It felt like Ground Zero. It felt like a military base. I mean, it seemed genius, but also crazy.”

Newberg says CloudKitchen’s second, newer location is far nicer, as are the facilities of Kitchen United and Fulton Kitchens. “That [second CloudKitchen warehouse] felt like a WeWork for kitchens. Super sleek. It was as quiet as a server farm. There were still no windows, but the kitchens are nicer and bigger.”

Emails to CloudKitchens went unreturned, but every startup has growing pains, and presumably, shared kitchen companies are not immune to these. Still, Moritz, the venture capitalist, warns that most restaurateurs should remain wary of them. Writing in the FT, he says that in the early 2000s, his firm, Sequoia, invested in a chain of kebab restaurants called Faasos that planned to deliver meals to customers’ homes but wound up getting crushed by high rents and turnover, among other things.

To save itself, it opened a centralized kitchen to sell kebobs. Now, he writes, Fassos produces a wide variety of foods, including other Indian specialities but also Chinese and Italian dishes under separate brand names.

It’s the same playbook that Eric Greenspan is using, telling Food & Wine magazine last year that his goal was to have no fewer than six delivery-only concepts running simultaneously. Greenspan, who is obviously media savvy, can probably pull it off, too, just like Fassos. But for restaurants that are not known franchises or have the star appeal of celebrity chef, the future might not look so bright.

Writes Moritz: “In some markets there is still an opportunity for hardened restaurant and kitchen operators — particularly if they are gifted in the use of social media, to build a following and refashion themselves. But they need to move quickly before it becomes too expensive to compete with the larger, faster-moving companies. The mere prospect of Amazon using cloud kitchens to provide cuisine catering to every taste — and delivering these meals through services such as Deliveroo — should be enough to give any restaurateur heartburn.”

It should also worry people who care about their neighborhoods.

Cloud kitchens may make it faster and cheaper than ever to order take-out. But there will be consequences. Most of us simply have yet to imagine them.