Can Marijuana Revive The Restaurant Industry? 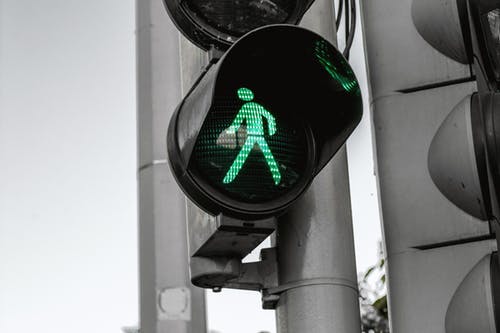 Alcoholic beverage sellers have been pairing up with legal marijuana companies. Pot-infused food could be the next big opportunity.

The trend of infusing food and beverages with cannabis has been gaining steam steadily since Colorado and Washington first legalized marijuana in 2012. While brewers were early adopters in mixing legal weed and its derivatives into beer, and THC "edibles" have long been popular, restaurants may be the next logical frontier for the cannabis industry. Is pot the potential answer to reversing the decline in overall restaurant revenues?

Dining out is out
People just aren't eating out as much as they used to. The restaurant industry had its best same-store sales gains since 2015 last year, but that was only because many operators cut back on their promotional discounting, which pushed average guest checks up by 2.6%. Customer traffic continued to fall -- guest counts were 1.9% lower than in 2017. It's been years since the industry has seen customer-count growth.

Yet some are hopeful that adding cannabis-infused dishes to menus could help turn things around. And research indicates people who use marijuana tend to be bigger spenders when they go out to eat.

A report from Technomic found that 63% of marijuana users said they eat more food when they have used marijuana before dining out, while only 5% said they ate less. And 28% said they drank more alcohol, too.

The demographic profile of the average frequent marijuana user is also attractive to restaurants: They tend to be younger (ages 21 to 34) with annual incomes placing them in the middle to upper-middle income brackets ($35,000 to $100,000). Importantly, 62% of all users -- and 71% of 21- to 34-year olds -- said they would visit a restaurant that incorporates marijuana into its food.

Restaurateurs, however, are taking a wait-and-see approach so far, due at least in part to regulatory uncertainty at the federal level.

Looking the other way
Currently, Food and Drug Administration regulations prohibit the inclusion of cannabidiol (CBD) in food, though the substance itself (if derived from hemp) is legal. The agency reiterated last December that Congress had given it the authority to regulate cannabis, and noted that it had sent warning letters to some companies that have touted the alleged health benefits of their CBD products in violation of FDA regulations. It also said it had sent some warning letters because the companies were using CBD as an ingredient in food.

But in 2018, when the FDA approved CBD for use in GW Pharmaceuticals' epilepsy drug, Epidiolex, it immediately became illegal to add the substance into food, since pharmaceuticals are not permitted to be put into food.

However, the agency has also acknowledged there is broad consumer interest in making CBD and other compounds more widely available, and said it was considering whether it should look into changing the rules. A public hearing on the subject has been scheduled for May.

But FDA Commissioner Scott Gottlieb abruptly resigned last month, and his successor may have different priorities. Still, enforcement of the law is uneven and largely left to the states, which is why you can legally purchase CBD in edibles, oils, and elsewhere.

Getting in front of it
It may take one daring restaurant chain to dive in and lead the way. But the move wouldn't be entirely unprecedented; a parallel could be drawn to just a couple years ago, when big brewing companies were initially hesitant to invest in legal cannabis companies. But the financial floodgates opened in 2018, when Constellation Brands partnered up with Canopy Growth in a multi-billion dollar deal. Restaurants, too, might rapidly follow suit and begin taking bets on the future of cannabis as a mainstream enterprise.

It may already be happening on a small scale. West Coast Ventures Group, which owns the fast-casual Illegal Burger and El Senor Sol Mexican chains in the Denver area, announced it would be opening an experimental restaurant in partnership with AmeriCanna Cafe to test out a so-called CannaStix cannabis infusion technology from Biolog.

CannaStix creates solid sticks of seasonings, spices, and cannabinoids -- compounds from the cannabis plant. The flavor sticks melt when cooked, infusing the food with a subtle flavor and the effects of CBD.

A fast-food chain like McDonald's (NYSE:MCD) could be a natural adopter of the trend. It already has some proficiency in infusing its McGriddles breakfast sandwiches with syrup, and a 2017 survey found the burger joint was by far the most popular destination for marijuana users. Some 43% of respondents said they preferred McDonald's compared to just 18% who chose runner-up Taco Bell, while Wendy's, Burger King, and Subway followed with lesser amounts of support.

Still, family-friendly restaurants like McDonald's would have to think long and hard about the optics of adding CBD to their menus, even if it becomes legal nationwide.

Buzz kill
So long as marijuana or even CBD remains illegal or use-restricted at the federal level, it's unlikely that national restaurant chains will put it on the menu. The Philadelphia Inquirer quoted a spokesman for Whole Foods Market who said the grocery store chain "will not sell products containing CBD (cannabidiol) until all issues regarding the regulatory status are completely resolved to our satisfaction."

That sentiment is probably being echoed in restaurant company boardrooms everywhere -- so don't look for marijuana to turn the industry green any time soon.

Here's The Marijuana Stock You've Been Waiting For
A little-known Canadian company just unlocked what some experts think could be the key to profiting off the coming marijuana boom.

And make no mistake – it is coming.

Cannabis legalization is sweeping over North America – 10 states plus Washington, D.C., have all legalized recreational marijuana over the last few years, and full legalization came to Canada in October 2018.

And one under-the-radar Canadian company is poised to explode from this coming marijuana revolution.

Because a game-changing deal just went down between the Ontario government and this powerhouse company...and you need to hear this story today if you have even considered investing in pot stocks.