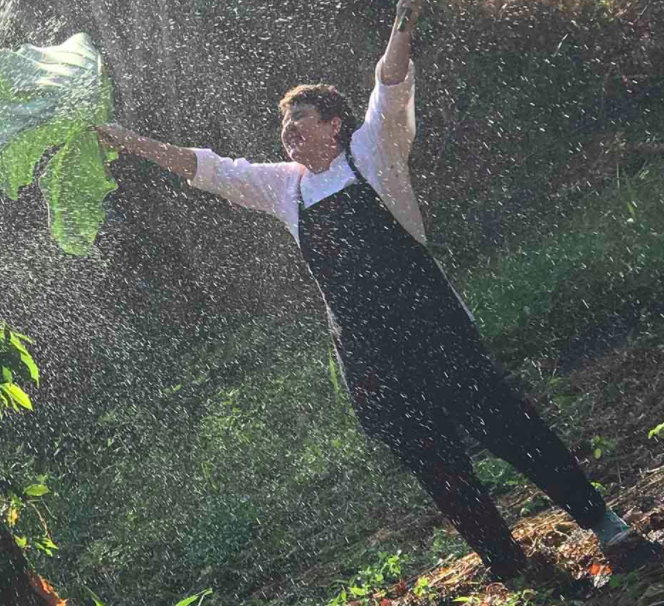 Even a Michelin star won't save you from byzantine regulations.

At the stove, Roberta Sudbrack is a rock star. The self-taught chef who parlayed a hot-dog cart into top apron at the presidential palace was named Latin America's best female chef in 2015. Before Brazil's economy curdled and forced her to close her eponymous Rio de Janeiro restaurant in January, Sudbrack had captured a Michelin star.

So when a team of 15 inspectors raided her food truck at the massive Rock in Rio concert last weekend, the problem wasn't anything coming out of Sudbrack's kitchen. Rather, it was a manifestation of something more familiar: Brazil's heartburn-inducing bureaucracy.

After all, no one had suggested that the 160 kilos of gourmet cheese and sausage the health cops seized from Sudbrack's stand, plus another 850 kilos of treats they interdicted in her larder, were spoiled. Sudbrack was selling finger food, not packaged produce; she had selected the fixings herself from trusted producers all over Brazil, a practice she'd spun over the past 20 years into signature dishes like vegetable caviar and slow-cooked, smoked okra. Her fatal error? A missing stamp, which in Brazil amounts to a federal offense.

As it happens, Brazilian food regulations are a lot like the country's telenovelas, a rococo script played out by overlapping town, state and national authorities, each with its own role and rules. Goods cleared for sale in one state cannot be sold in another without the imprimatur of national inspectors, an onerous process that boutique producers can ill afford and most understandably avoid.

So all the epicurean temptations that Sudbrack had hoped to offer concertgoers during the country's signature pop festival -- gourmet eats for gourmet pop brand -- were deemed contraband and destined for the compost heap. Sudbrack decided to cut her losses (an estimated $128,000) and shut down her food truck, but hers was only one of four vendors targeted during Rock in Rio.

One of the most heartfelt protests came, tellingly, from the Rio garbage collectors tasked with disposing of the perfectly wholesome eats. Thanks to a court order, Sudbrack won an injunction to salvage some embargoed food for donation. But the feds' message was hard to miss: Let them eat red tape. One more unpalatable irony: the federal seal of inspection that Sudbrack's food was lacking had earlier been slapped onto tainted meat in a countrywide scandal for one of the country's biggest export industries.

The country's branded chefs and small scale producers have rallied behind Sudbrack and decried the byzantine legal barriers to local enterprise. "Shameful!" they cried in a protest video. Brasilia is not wholly deaf to the issue. The agricultural ministry in 2015 modified its protocols to exempt registered "artisanal" herders and growers from the "exclusionary" rigors of federal inspection. Yet because acquiring that federal "equivalency" waiver also entails red tape, "It didn't have the impact we had hoped for," Decio Coutinho, a sanitation consultant for the Brazilian Confederation of Agriculture and Livestock, a farmers' lobby, told me.

Coutinho should know. He wrote the new rule while serving at the agricultural ministry. Now he's siding with producers to try to change the law. "The inspectors in Rio did their lawful job, but the question is whether the law makes sense," he said. Consider Torixoreu, a farm town in Coutinho's home state of Mato Grosso: While legally barred from selling its produce to the town across the bridge in neighboring Goais state, it can ship what it likes to markets thousands of kilometers away as long as they're within state lines.

A more reasonable solution would be for Brazil to standardize inspection procedures. "The rules are too rigid," said Andre Nassar, a Brazilian agriculture expert at the consultancy, Agroicone. "States should trust one another." That mindset could allow rule-respecting chefs and their local suppliers, who have a name to protect and clients to keep, to continue serving up the best flavors Brazil has to offer -- and Sudbrack to one day get her cart back on the road.

This column does not necessarily reflect the opinion of the editorial board or Bloomberg LP and its owners.