Report: January 6 Organizers Threw Back Champagne And Charcuterie As The Capitol Was Attacked 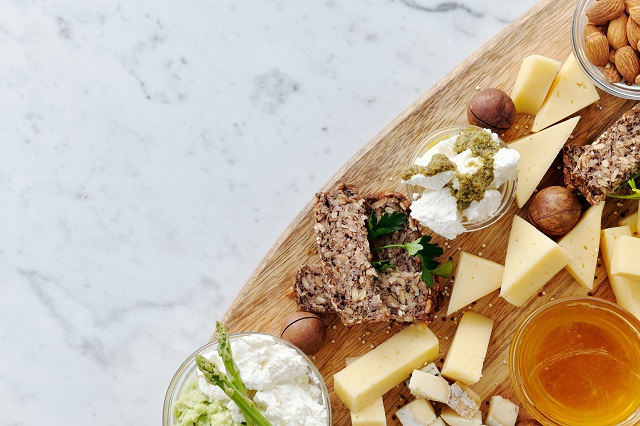 Last week we learned that just over 24 hours after the U.S. Capitol was attacked by a gang of rabid Donald Trump supporters, his daughter and son-in-law were hosting a fancy dinner party at which the topic of the insurrection didn’t come up, not even once. That seemed both strange and in bad taste to us, but a new report suggests Ivanka Trump and Jared Kushner’s little soirée might have actually been only the second most tactless gathering that occurred in D.C. during that time period!

According to text messages obtained by Rolling Stone’s Hunter Walker, as law enforcement officers “were in their third hour of battle with supporters of former president Trump on the steps of the U.S. Capitol,” a conservative activist who’d organized the major pro-Trump rally that came before the violence was busy ordering hors d’oeuvres and drinks to her hotel suite. Having apparently been distracted during “the chaos of the event this morning,” Amy Kremer allegedly wrote to fellow organizers that she’d made the executive decision to just call room service at the Willard InterContinental hotel—the same one that served as a “command center” to overturn the results of the 2020 election—rather than wait to get everyone’s individual requests. (Rolling Stone reviewed the text messages in question on “a phone where they were originally received and timestamped.” According to Walker, “The messages from Amy Kremer and her daughter, Kylie Jane Kremer, came from phone numbers that have been used by both women.”) “We ordered dinner again tonight,” Amy Kremer told the group chat. “Sorry, but we forgot to take orders in the chaos of the event this morning, so we just ordered the same thing as last night. I figured that was better than not eating. Lol. Cheese & Charcuterie should be here at 6PM and dinner around 7PM.”

What was on the menu for dinner? Only the best for Trump’s merry band of election deniers. Per Rolling Stone:

The text messages [also] include[d] a menu for a dinner for the organizers on the night before the rally. Menu options included a “Willard Burger” with truffle aioli, red-wine-braised Angus short rib beef bourguignon, steak frites, and a salmon filet with aged balsamic. Based on Kremer’s text about the charcuterie plate, she chose options from the same menu for the organizers on the evening of January 6. The options in the Willard suite also included Champagne that Kremer’s guests were drinking just as her organization issued a press release denouncing the violence and calling the group “saddened and disappointed.”

An emergency curfew took effect and National Guard troops arrived at the Capitol to clear the remaining crowds at roughly the same time Kremer and her fellow organizers received their cured meats. Three sources, who spoke on the condition of anonymity due to the ongoing investigations into the rally, told Rolling Stone that, along with food, people were drinking Champagne in the suite while rioters skirmished with law enforcement at the Capitol complex.

Were the organizers munching on Camembert? Aged Gruyère? Paper-thin prosciutto di Parma? Unclear. Regardless, the revelation that Kremer, the chairwoman of Women for America First, was throwing back Champagne and cheese boards amidst literal carnage is not actually the most damning information to come out of Walker’s report. That prize would likely go to the additional bit of significant evidence showing coordination between the Trump White House and the people who planned the rally leading up to the insurrection.