These Restaurant Chains Are On The Brink Of Disappearing Entirely 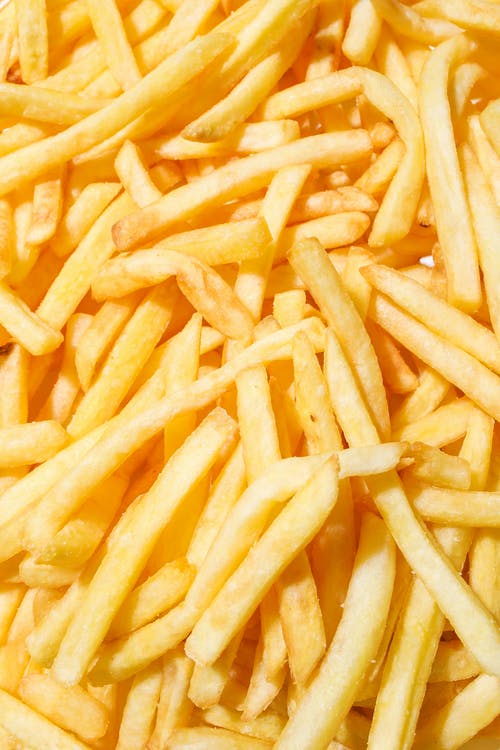 It’s no secret that the restaurant business has been failing in recent years. It's partly because there are too many choices, particularly when it comes to fast food. Labor shortages and overhead costs have also added to the trouble. Though total restaurant sales will hit $899 billion in 2020, according to the National Restaurant Association, some restaurants are still struggling to bounce back. Here's a list of restaurants that are in serious danger of closing down completely.

Applebee’s
When Applebee's first opened in 1980, it was the hot spot for dining. However, over the years, the chain has declined. In the past few years, Applebee's has closed over 120 locations, dropping down to around 1,800 physical restaurants. The owner of the restaurant chain, Dine Brands, has been trying to come up with better deals to bring in customers, like the $1 alcoholic beverages. Other ideas include healthier menu options, takeout and delivery services. However, it doesn't seem like these plans are working. Applebee's plans to close another 20 locations in 2020.

Carrabba’s Italian Grill
A restaurant chain owned by Bloomin' Brands, Carrabba's Italian Grill was founded back in 1986 in Houston, Texas. The family-style Italian restaurant quickly became a huge success and branched out all over the country with hundreds of national and international locations. However, customers have slowly been losing interest in Carrabba's. Bloomin' Brands has been steadily closing several of its underperforming restaurants, including multiple Outback Steakhouse, Bonefish Grill and Carrabba’s locations. In 2020, there are plans to close 43 more locations, so Carrabba's might not be around too much longer.

Sbarro
Sbarro has been around for over 20 years, but its once-huge success has declined over time. Part of this is due to the quality of its pizza, which is not made to order. The chain is also millions of dollars in debt. Another issue is that Sbarro, typically located in shopping malls, doesn’t deliver. Shopping malls in general are on the decline as well thanks to online shopping, so there’s no reason to head to the food court. Over the past 15 years, Sbarro has closed hundreds of its eateries, including its historic Times Square location in late 2019.

Ruby Tuesday
When it first opened in 1972, Ruby Tuesday became known for its fresh ingredients and handcrafted cocktails. However, in recent years, the restaurant chain has been on a major decline when it comes to dine-in customers. Over the past 10 years, the dining chain has shrunk by nearly half. Between 2018 and now, Ruby Tuesday has shut down roughly 76 locations. The parent company, NRD Capital, released an optimistic statement saying that the restaurant can recover as long as it can "deliver on the basics." Only time will tell, but it's not looking too good.

Krystal
Krystal is a Southern restaurant with menu offerings similar to White Castle. The fast food chain currently has 360 locations but has closed several in recent years and is experiencing financial trouble. The chain filed for bankruptcy in late January 2020 due to owing somewhere between $50 to $100 million. Krystal has 182 company-owned restaurants and 116 franchise locations in multiple states in the South, including Georgia, Tennessee, Alabama, Florida and Kentucky. Though the company is hopeful that these bankruptcy proceedings will help, the future isn’t clear for this chain.

Bar Louie
Bar Louie is known as a popular happy hour spot with good food and drinks. However, the restaurant chain has been going into debt and quietly having to close locations due to expanding too quickly. At one point, Bar Louie had 134 locations in 26 states but had to file Chapter 11 bankruptcy protection to deal with floundering finances. The chain is currently over $100 million in debt, which is a big amount to bounce back from. Unfortunately, there are only a little more than 90 locations left across the country.

Houlihan’s
Houlihan’s has also been another popular happy hour spot over the years. However, it’s been on a major decline due to its inability to attract new customers, namely millennials. The former parent company of Houlihan’s, HRI Holding Corp, filed for Chapter 11 bankruptcy protection in November 2019 after acquiring $50 million of debt. At the same time, the company accepted an acquisition offer from Landry’s for $40 million and the assumption of liabilities. Previously, Houlihan’s had 84 locations, but now it only has 47 locations. Landry’s may turn things around, but its future looks bleak.

Hooters
In the age of the #MeToo movement, it's really no wonder that Hooters would be facing challenges. The restaurant's notorious uniform of a tight shirt and shorts for waitresses and its hiring practices based on appearance have been highly offensive to consumers.In the last 10 years, Hooters has closed over 7% of its stores and has lost millions of dollars in revenue. In trying to change with the times, Hooters has opened "fully clothed" locations called Hoots, where both men and women work in khakis and regular shirts and serve up pretty much the same menu. Who knows if this decision will help this struggling chain?

Boston Market
At its peak in the 1990s, Boston Market had over 1,100 locations. Today, it has fewer than 400 locations. Unfortunately, the chain hasn’t updated its menu or look — which is less appealing to younger customers — very much. Boston Market also had to file for bankruptcy in recent years, which forced a closure of 700 locations at the same time. While the chain signed a development deal in 2016 to open dozens of restaurants in the Middle East, it’s likely that its popularity will continue to wane in the United States.

By Tina Ruhlow
04-17-2020
Source and complete article by: reference.com