Farms Are Wasting 1 Billion Tons Of Food. That's A Disaster For The Climate 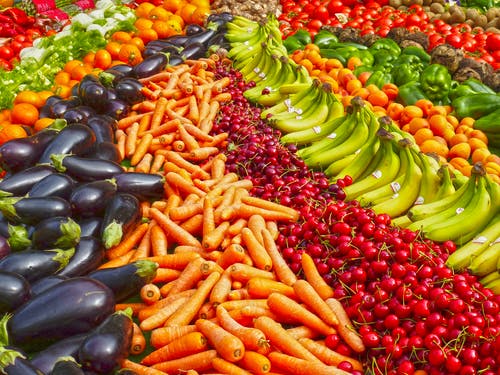 About 2.5 billion metric tons of food is wasted around the world each year, roughly half of which is lost on farms including in Europe and the United States. That’s having a huge impact on the climate.

A report published Wednesday by the World Wildlife Fund and UK grocery retailer Tesco (TSCDF) reveals that the amount of food lost is nearly double previous estimates by the UN Food and Agriculture Organization, which last conducted an analysis of total waste from farm to fork in 2011.

Food lost on farms amounts to 1.2 billion metric tons, with a further 931 million metric tons wasted by retailers and consumers. The remainder is lost during transport, storage, manufacturing and processing.

The updated figures indicate that 40% of all food produced goes uneaten, according to the study, which attempts to quantify the amount of food wasted on farms for the first time in a decade.

“This report shows us the problem is likely bigger than we had thought,” he added.

According to the study, food waste accounts for 10% of all greenhouse gas emissions, higher than a previous estimate of 8%.

That’s the equivalent of nearly twice the annual emissions produced by all the cars driven in the United States and Europe, where in recent days raging wildfires and catastrophic floods have served as a painful reminder of the grave threats posed by the climate crisis.

Despite its outsized effect on the environment, just 11 of the national carbon plans submitted by 192 signatories to the Paris climate agreement include measures to address food loss and waste.

Most of the plans that do come from African nations tackling post-harvest losses, even though farming in more industrialized nations, with higher levels of mechanization, is a bigger contributor to food waste than previously thought.

Richer countries in Europe, North America and Asia contribute 58% of wasted harvests globally despite having only 37% of the global population, according to the report. Yet efforts to reduce food waste in wealthier countries tend to focus on retail and consumption.