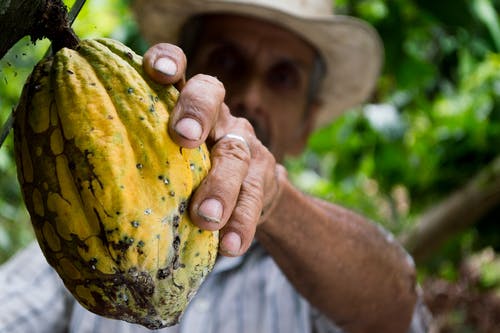 Many years ago we founded Humanity in Everything knowing that the real producer of the great food we enjoy is the farm laborer. This article from CNN regarding the risks workers are taking as they harvest is an eye opener. How will this translate to the wine industry?

More than a million farmworkers aren't hunkered down at home as the coronavirus pandemic paralyzes much of the country.

Their labor -- in fields, orchards and packing plants -- is keeping food on America's tables.

But workers and groups who represent them are sounding an alarm. Their warning: As the virus spreads, many farmworkers are living and working in conditions that put their health particularly at risk. And if outbreaks hit farmworker communities hard, they say, that could put the nation's food supply at risk, too.

Growers and farmers say they're doing everything they can to keep production going and keep employees safe, including scaling back the number of workers they're transporting on buses, spacing workers out more as they harvest and increasing the number of hand-washing stations.

But workers and advocates who spoke with CNN detailed concerns about lapses in on-the-job safety, such as some farms that lack soap and protective equipment, and others that fail to enforce social distancing guidelines. Limited access to medical care and crowded living conditions, they said, are also major hurdles to keeping workers healthy.

Greg Asbed fears it's not a question of if, but when, a devastating outbreak will hit. As a co-founder of the Coalition of Immokalee Workers, which represents thousands of farmworkers in Florida, he says rural communities like his aren't prepared for a health crisis.

"Once the virus takes root in a town like Immokalee, it will take off like wildfire," he says. "That's our fear ... We will see this problem explode."

Erik Nicholson, vice president of United Farm Workers, says it's not a hypothetical. In the last two weeks, he says he's heard about dozens of farm workers testing positive for the virus in Washington state, where he's based.

"We're living this in real time," he says. "And the fear and the anger is rising."

At one orchard where cherries, pears and apples are grown in Washington's Yakima Valley, workers recently began bringing their own soap from home to wash their hands because the company wasn't providing any.

"We were feeling very desperate, very helpless, very disillusioned, because no one was supporting us or giving us anything to protect ourselves. No gloves, masks or disinfectant -- nothing," Maria, a worker at the orchard, told CNN. "We feel forgotten, and really terrified and afraid."

The 37-year-old was one of several workers across the country who spoke with CNN on the condition that only their first names be used, saying they feared they'd face repercussions at work for sharing their stories.

Over the past two weeks, Maria says she's watched the number of workers at the orchard drop, day by day, amid growing concerns about their safety. Many have young children, she says, and were scared they'd bring the virus home to their families. But Maria says staying home isn't an option for her. She was already out of work for two months this year due to an injury and burned through her savings.

"We have to keep working, even though we're afraid something is going to happen," she says. "We surrender ourselves to God and hope."