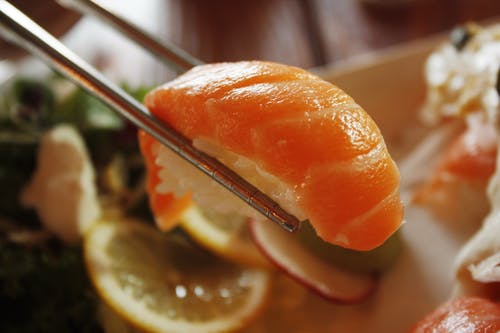 Take the “sea” out of seafood and what have you got left? Well, “food,” obviously. But also quite possibly the makings of a multibillion-dollar industry. At least, that’s the hope of a group of intrepid startups offering a fishier remix of the high-tech meat alternatives made famous by companies like Memphis Meats. These startups are doing the same; only instead of trying to create meat proteins in a lab, they’re attempting to grow seafood from cells in a laboratory, rather than harvesting it from the oceans.

This isn’t just about tech for tech’s sake. With massive problems with overfishing worldwide and growing demand for shrinking supplies of seafood, the way fish currently makes its way to our plates isn’t viable long-term. Between 1961 and 2016, the average annual increase in global food fish consumption outpaced population growth. It also exceeded meat from all terrestrial animals combined. Those are figures that not sustainable. Not for us, the fish, or the environment as a whole.

Cellular seafood could be the answer. Just don’t make the mistake of calling it lab-grown fish.

“None of us in the industry would call it lab-grown seafood,” Mike Selden, CEO of Finless Foods, told Digital Trends. “Finless Foods is not lab-grown. We experiment and create our science in the lab, [but] do not produce there. Our products come from a production facility much like a farm is a production facility for animals. We just don’t need the animals to create the nutrition.”

Finless Foods is a biotech company located in San Francisco. Beginning 2017, it’s been working to bring to market a species of cultured bluefin tuna created using cellular aquaculture technology. Shortly after it made its debut, the company produced its first pound of bluefin tuna meat for a cost of approximately $19,000. Since then, however, it’s been working to bring that price down to what it hopes will eventually be a level comparable with regular market prices (roughly $40 per lb.)

BlueNalu
Selden said that he terms what Finless Foods is doing as “cell-based seafood.” That separates it from other startups doing related but distinct work like creating plant-based “shrimp” from specially-engineered red algae. “We’re growing seafood from real seafood cells,” Selden explained. “We take cells from a fish once, and [then grow them endlessly] from that. We do the same process that happens inside of a fish and make it happen outside of a fish. This increases efficiency.”

On a consumer level, the difference shouldn’t be all that apparent. Finless Foods’ bluefin tuna will look, taste, and feel like the genuine (or, perhaps more appropriately, natural water-dwelling) article. But it can also be made fresher, and free from the likes of antibiotics, mercury, and microplastics.

Right time, right plaice
Finless Foods is not the only fish in this particular ocean. While cellular seafood is still a relatively new and unpopulated space, a growing number of intrepid players are jostling for position. BlueNalu is another company looking to claim a piece of the cellular aquaculture action. Based in San Diego, since 2017 BlueNalu has been working to bring to market its own cell-based seafood. Its name is a riff on the Hawaiian word “nalu” which refers to both the ocean and mindfulness.

“Our products are made from a starting sample of the desired species of fish, where we harvest three kinds of cells that represent the muscle, fat, and connective tissues of the fish,” Chris Dammann, BlueNalu’s chief technology officer, told Digital Trends. “We then feed the cells using a mixture of amino acids, salts, lipids, sugars, and vitamins. [Then we] grow the cells at large volumes in bioreactors that are stainless steel tanks, like in a brewery. This process is similar to other known food processes such as yogurt [which use] bacteria, or beer [which uses] yeast.”