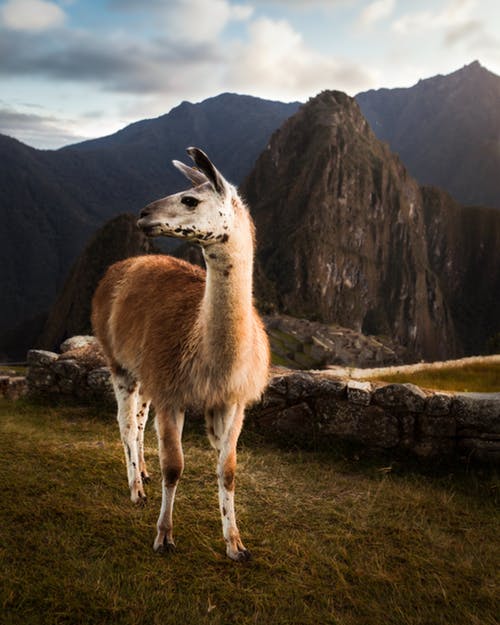 How could a fluffy, non-threatening, llama-like herbivore cause problems with local communities?

When you think of the effects of climate change on wildlife, what’s the first image that pops into your mind? Perhaps it’s a lonely, starving polar bear desperately searching for food on a melting ice sheet, or a burnt koala struggling across the Australian bush as fires devastate its habitat. What you’re probably not picturing is a herd of wild camel relatives atop Chile’s warming mountain ranges.

Chile is home to two wild camelid species: the smaller vicuña, found in the Andean plains, and its larger cousin, the guanaco, found in deserts, shrublands and steppes across the country. Guanacos aren’t well known to many people outside Latin America, but you may know their woolly domesticated relatives, the llama and the alpaca. Guanacos of central Chile can be found in the mountainous Valparaíso Region on the border with Argentina, where they eke out a harsh existence in dry grassland. But, as these areas become drier due to climate change, guanacos are increasingly getting on the wrong side of their human neighbours.

So how could a fluffy, non-threatening, llama-like herbivore cause problems with local communities? There have been increasing complaints from local Chilean livestock ranchers that guanaco population numbers have been expanding and are now competing with their livestock for grass. These complaints have risen in recent years as the effects of climate change have become more pronounced in the mountainous areas. As the climate warms, the usual habitat of dry, mountainous grassland that the guanacos inhabit is turning to desert, which means there’s less grass for guanacos to eat, so they’re having to travel down slopes to graze the pasture of livestock.

We wanted to understand what was really happening here, so we interviewed the ranchers to understand what they thought was driving the conflict between people and guanacos. What we found is a troubling reminder that no corner of the world is likely to escape the strife that climate change will bring.

Since the late 1970s, there has been a 3cm decline each decade in the amount of snow falling onto the mountains of Chile. In our study, the ranchers we spoke to felt that heavy snow used to regulate guanaco numbers in the winter but, as snowfall has declined, more are surviving each winter. With less snow on the mountains, ranchers said that guanacos were able to travel more easily between the mountain ranges, coming into contact with livestock who share their appetite for grass.

In such a desolate place, good grazing is hard to come by. Ranchers who graze their livestock in vegas, the high-altitude wetland areas, felt that the guanacos had the upper hand over their cattle. Guanacos, they reasoned, could rely on a more varied diet and were able to move down the mountain to find better grazing in the vegas as their traditional grasslands dried up. But the vegas are changing too as the climate warms. One rancher explained:

The guanaco survives because it eats very little grass, but they are also able to eat bushes, whereas cattle do not, they graze only grass. In conditions of scarcity guanaco will eat shrubs. Now the grass is almost at ground level, and the recent years with low precipitation have not helped either. The vegas are drying up, many have turned yellow and the cattle only graze the vegas. The vegas have shrunk and some have dried up, and that’s because of the drought and the lack of rain.

Guanacos have long been hunted for their fibre and meat. The legs and feet of this species are also valued as traditional remedies for ailments such as facial paralysis, lung diseases and muscular-skeletal disorders. But hunting this species was banned in the 1990s.

The ranchers explained that hunting of guanacos was common until the mid-1990s, particularly during the military occupation of the country from 1973 to 1990, when troops hunted guanacos for food. Many of the ranchers said they had eaten guanaco meat in the past and valued it for its taste and low cholesterol. The ranchers we spoke to felt that they had been abandoned by the local government, who they believed had favoured conservation of guanacos over the livelihoods of ranchers.

Some of the ranchers wanted to reinstate hunting to control the number of guanacos, but the species is listed as “vulnerable” in Chile by the International Union for the Conservation of Nature (IUCN), due to the desertification of its habitat from climate change, over-hunting for its pelt and, now, competition for grazing habitat with livestock. It’s not clear how a sustainable hunting quota could be managed given these pressures. Ranchers also suggested that they should receive compensation for the grazing they were losing as guanacos ate more of the grass.

As climate change alters environments such as the mountaintops of Chile there will be increased competition for resources between people and wildlife. The bush fires in Australia, widely claimed to have increased in severity in recent years due to climate change, have resulted in humans and wild animals competing for scarce water. These human-wildlife conflicts are likely to worsen as global temperatures rise, which is why it is so important that action is taken now to limit greenhouse gas emissions – to benefit people and wildlife.