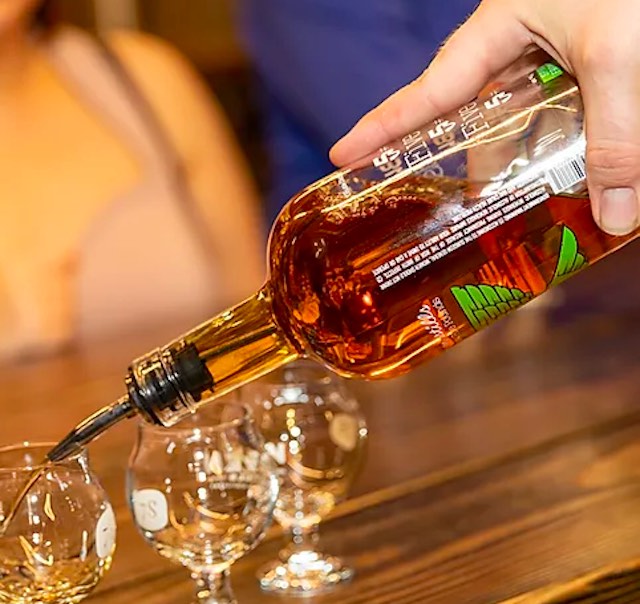 Seven Stills Brewery and Distillery’s LLC is ceasing operations for 90 days, following the receipt of 60 or so tied-house violations over two years and a subsequent license suspension.

The brewery-distillery, opened in San Francisco in 2016 by Tim Obert and Clint Potter, found early success in a niche space in the drinks industry landscape. Their unique business model involved brewing craft beer (or buying it from other craft breweries) and then distilling it into small-batch whiskey.

However, legally dubious marketing practices — accidental as they may have been — resulted in what’s called tied-house violations, prompting the California Bureau of Alcoholic Beverage Control (ABC) to suspend the company’s license.

Since December 2018, when Obert says Seven Stills received its first violation, the brewery has garnered around 60 in total. Each charge comes with a fine of $10,000, which would have meant the brewery would have had to cough up $600,000 to stay in operation. That wasn’t feasible, so, working with the ABC, they went the other route: a 90-day suspension. To mitigate the financial hit, they also decided to close their Egbert production facility and the Mission District taproom. (The Stanford Court location closed in mid-2019.)

“We were trying to address each [violation], and each time they started opening more stuff they were looking into,” Obert tells SFGATE. Obert didn’t outline specific incidents, but noted the ABC began asking for involved information, like the sales records at the taproom over the last two years, old social media posts and the brewery’s production logs.

“It started getting really crazy,” Obert says. “It started snowballing. They started digging into every facet of the business.”

The purpose of tied-house laws is to maintain separation between the three tiers of alcoholic distribution — producers (like breweries), wholesalers and retailers like bars and stores — and to level the playing field for smaller craft breweries competing in the market. The laws prohibit companies, particularly large ones, from offering gifts of value, or straight-up monetary payments to retailers, in exchange for selling their beer.

The issue, says Obert, is there’s a lot of gray area in the interpretation of “value.”